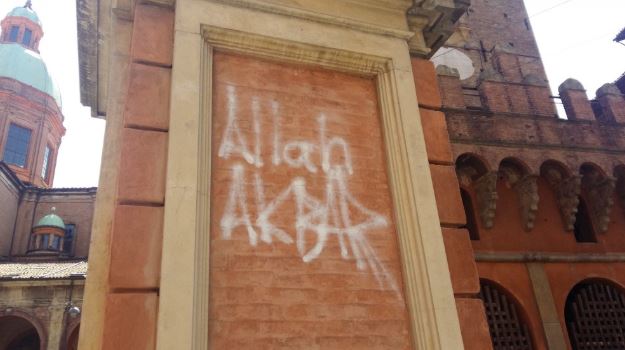 Whilst Israel Folau stands tall and strong, defending his religious beliefs against all comers, the Anglicans of New Zealand (soon to be renamed as Aotearoa) are bending over backwards (and possibly forwards) to accommodate Islam.

These Dhimmis believe that God exists. They also believe that if they are nice to Muslims by welcoming them into their country, that Muslims will be nice to them in return.

Our newest roving reporter was on hand to witness the cringeworthy performance when someone tried to question an Imam at one of these events. Wasn’t the whole point of interfaith to learn more about each other’s beliefs? Apparently not.

Please welcome Jane Harris on board. Feel free to disagree with her views but be respectful or we’ll wipe you like a dirty bottom.

Who knew a piece of paper could be so dangerous that it could get someone booted out of an interfaith meeting? Were those in charge scared of paper cuts or the truth?

Having discovered an interest in interfaith and its potential for deception, I jumped at the chance to attend an interfaith meeting between an Imam and an Anglican Minister.

What struck me upon entering the room was the lack of diversity in the crowd, in particular, there was a distinct shortage of young white faces.

First to speak was the Imam who opened with well received jokes about being here to convert us all to Islam. His speech also contained comedic but nonetheless derogatory comments about greedy Jews wanting to “rule the world.”

He also made mention of teaching his son to follow in his footsteps and never give the church a cent. If this humour is an example of interfaith in action, then the church is indeed lost.

Both speakers were articulate and presented their perspectives well. However, on the whole the content was unremarkable and filled with watered down platitudes – much as I would have expected for an event such as this.

Only twenty minutes were set aside for a question & answer session. The opening ‘question’ was by an elderly man who stated that “I, with perhaps most of you here want to submit to God. I call myself a Muslim, I am an ordained Anglican Minister, but I am a Muslim because I submit to God, I submit to Allah”.

It seemed that he was offering more of a deluded statement than a question, but this appeared to be okay with those running the event.

Is Allah the God of the Bible?

In response to his statement I would like to offer this following quotation that irrefutably states that Christians and Muslims do not worship the same God.

“Christians worship one God in three persons: the Father, the Son and the Holy Spirit. But Islam denies the Holy Trinity and worships a different deity called Allah who is not a Father and who has no son.
Since the religion found in the Bible teaches the Trinity, then it does not take a Ph.D. to see that Islam did not come from the Bible. Thus it is not the religion of the biblical prophets, apostles or Jesus.”

A few questions later a gentleman stood up and politely proffered a document titled “The Muslim Declaration of Peaceful Intent” for the Imam to sign.

Having since read the document I perceive that it would serve to strengthen the interfaith dialogue, as by signing it the Imam would have denied all the violent verses of the Qur’an which order him to kill unbelievers.

I witnessed this document handed to both the Minister & Imam, but the Minister quickly put his hand out for the Imam’s copy and didn’t allow the verbal description of the document to be completed past the words “a renunciation of the Quran’s violent commands.”

The well-mannered gentleman was abruptly silenced at this point and then rapidly and fairly aggressively removed from the venue. Sources tell me that he did get two of the Muslim men who accompanied him out to sign the Declaration of Peaceful intent, which was pleasing to hear.

I noted that several members of the audience were recording proceedings at times, along with the official video camera running at the front.

I found it interesting that after the aforementioned interaction, that one of those people filming was asked to stop due to the possibility of it being used for “political purposes.”

I have received some of this footage and included it above; I’ll leave viewers to draw their own conclusions as to the political motives of both sides, if any.

At the beginning of the Q&A session it was stated that both the Minister & Imam were available to take questions.

I found it strange that the only questions that were asked were about Islam and its practices. Not one member of the audience wanted to learn anything about Christianity despite there being a number of Muslims present.

If this one directional curiosity is typical of an interfaith gathering there is a problem.

It seems that those in charge at this interfaith meeting have watered down their beliefs so much that they see anyone with a different viewpoint as a threat that must be removed.

I would have preferred to see them responding to such a gentle challenge, by using an interaction like this as an opportunity to discuss and openly dispel any extreme beliefs on display.

I was disappointed that no difficult topics were covered during the entire meeting, Worse still, the opportunity that presented was physically removed rather than encouraged.

I left rather dismayed at the way things unfolded. I hope this was not representative of all interfaith meetings, because if it is and intellectual discussions are shut down regularly, then only one side is winning and the other is all but lost.