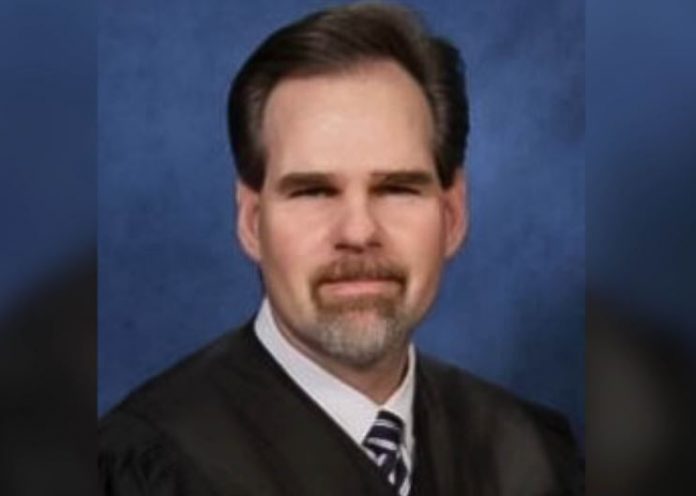 We had our concerns with Judge Martin in the Arizona election case involving Democrat Arizona Maricopa County Supervisor Steve Gallardo, the Democrat Secretary of State, Katie Hobbs, and the entire Democrat apparatus.  This huge machine is trying to stop the forensic election audit in Phoenix.

Today our concerns with Judge Martin have been confirmed.

We reported earlier that Judge Martin was selected by the wife of one of the five Maricopa County Board of Supervisors, Bill Gates:

This was after the first judge recused himself.  Judge Martin was appointed and right away we had concerns because he was appointed to the court by former Democrat Governor Janet Napolitano:

We also realized last week, one of the individuals who presented in the hearing on whether to keep the audit going was an individual the judge had worked with in the past:

Now we know why we had concerns.  It appears that the auditors’ security plan describing how they were going to protect the individuals and property innvolved in the audit, was supposed to remain sealed but the Judge released it to the public (emphasis added):

The security plan of Cyber Ninjas, one of the firms hired to carry out the audit of Maricopa County’s 2020 election ballots, was released to the public by the judge overseeing audit court cases even though it was known the plan was meant to be shielded from public view, a report said.

Judge Daniel Martin, who took over the case last month after the first judge recused himself, initially rejected an attempt by Cyber Ninjas to file the security plan documents under seal because of their sensitive nature and ordered them filed by noon local time on April 29, The Epoch Times reported.

This is not good.  The Judge provided BLM, Antifa and the Democrat machine the audit team’s security plan.  It’s not like anyone wants this thing stopped or anything.

This article first appeared in thegatewaypundit.

Arizona Judge Dan Martin Released the 2020 Election Audit Team’s Security Document to the Public Last Week – This is Not Good At All (thegatewaypundit.com)