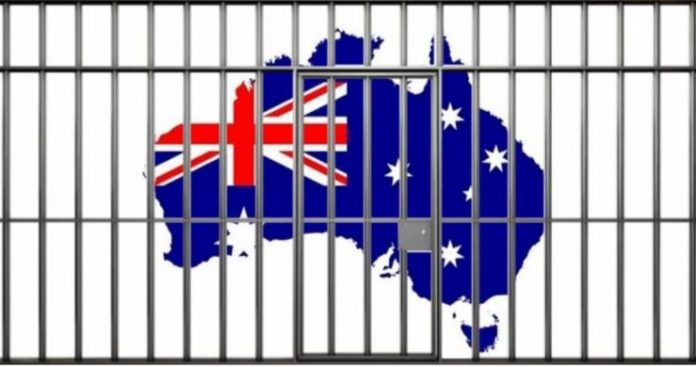 If you were wondering what a tyrant like Stalin or Mao would do in the age of technology, take a look down under.

The Australian parliament passed unprecedented legislation that gives federal police near-unrestricted powers to spy on any Australian citizen – by gaining access to their social media and email accounts without their knowledge – if they have been ‘suspected of criminal activity.’

The totalitarian “Identify and Disrupt” bill creates 3 new types of “data disruption” warrants that the Australian Federal Police and the Australian Criminal Intelligence Commission can use to copy, delete and modify content on individuals online accounts.

Federal authorities will be able to impersonate the account holder and send emails or messages to their online correspondents.

The measure easily passed the senate with sweeping support despite legislators failing to set up proper safeguards that were recommended by a bipartisan joint committee.

Warrants that are issued will not even need to be signed off by a judge or magistrate, they will only need to be issued by the government’s Administrative Appeals Tribunal.

According to the Guardian:

On Tuesday, the home affairs minister, Karen Andrews, introduced amendments to implement some of the proposed safeguards, including a sunset clause so the new powers would expire after five years and stronger criteria to issue warrants.

The amendments were defeated, and the bill passed easily due to Labor’s support.

When the bill was first being introduced in August 2020, officials claimed the new overly-intrusive powers would “only” be used to target “serious offenses,” such as terrorism, drug trafficking, or child pornography.

Considering the state of things in Australia a year later  – with people being dragged out of their homes by Covid gestapo, Vax-entration camps being built to house dissenters, and anti-vax or anti-lockdown speech considered to be a crime of the highest order – their bar for “serious offenses” might be a little to easy to clear.

Kieran Pender, the top lawyer at the Human Rights Law Centre, spoke with The Guardian about the government’s “rushed” power grab”

“[the bill’s powers] are unprecedented and extraordinarily intrusive, they should have been narrowed to what is strictly necessary and subject to robust safeguards”

“It is alarming that, instead of accepting the committee’s recommendations and allowing time for scrutiny of subsequent amendments, the Morrison government rushed these laws through parliament in less than 24 hours”

Day by day, Australians are quickly turning into prisoners of the state and now their overlords have only tightened their grip by securing unbridled access to their private online activity.

This article first appeared at thegatewaypundit.com.

SURVEILLANCE STATE: “Identify and Disrupt” Bill will Give Australian Authorities Access to Any Citizen’s Social Media, Email Account Without Consent; Allow Them to Add, Delete Information and Send Messages (thegatewaypundit.com)