We are currently facing a call for renewable energy and the like. I have solar panels on my roof and feel pretty good about that. There are numerous ways we can all help with this ecologically sustainable battle and it’s worth the effort even if politicians don’t get it yet.

THAT’S A LOT OF PEOPLE

Without a healthy environment life would be a lot more difficult on earth. However, while the value of clean air, soil, water and healthy forests is front and centre there is an emerging conundrum regarding the future.

So the elephant in the room, however, is the world’s population which is currently 7.7 billion and growing at the rate of 80 million people per year. The big rise began around 1850 and really took off in the 1950’s.

If it keeps going, planet Earth will be called on to support up to 16 billion people by 2100. This is a staggering completely unsustainable global population and as we rise along the trend line it’s going to get ugly, really ugly.

DID SOMEONE SAY GOLD COAST

In a micro version the Gold Coast is suffering the same fate as we hurtle toward over population and over development thus destroying the very reason we live here.

For goodness sake someone tell Mayor Tom Tate his myopic vision of a big Gold Coast will create a legacy of madness at the expense of future generations.

His metrics are like the various State and Federal governments, simply based on never ending growth and expansion at the direct cost to our grandchildren and planet earth.

I would like to share with you a view which you may not have heard before. I stand by, and believe, that proper respect and sustainable management of planet earth is paramount.

ARE RENEWABLES OUR SAVIOUR?

Unfortunately, renewable energy carries with it a very large unexpected cost and is not necessarily the ultimate salvation we think.

Many people dream of powering society entirely with wind and solar farms combined with massive batteries. What they probably don’t realise is that this dream would require the biggest expansion in mining the world has seen. It would also produce huge quantities of waste.

For example, building one wind turbine requires 900 tons of steel, 2,500 tons of concrete and 45 tons of plastic. That’s a huge amount of resources and represents very large amounts of energy in manufacturing.

WHAT ABOUT ALL THE MINING?

So, we can expect an unparalleled mining boom unlike anything in human history. The International Renewable Energy Agency calculates that solar goals for 2050 consistent with the Paris Accords will result in old solar panel disposal constituting more than double the tonnage of all today’s global plastic waste.

A single electric-car battery weighs about 460 kg. Fabricating one requires digging up, moving and processing more than 227 tonnes of raw materials somewhere on the planet. If electric vehicles replace conventional cars, demand for cobalt and lithium will rise more than 20-fold.

That doesn’t count batteries to back up wind and solar grids. The demand for minerals won’t likely be met by mines in Europe the USA or Australia. Instead, much of the mining will take place in nations with oppressive labour practices.

The Democratic Republic of the Congo produces 70% of the world’s raw cobalt and China controls 90% of cobalt refining. The Sydney-based Institute for a Sustainable Future cautions that a global gold rush for minerals could take miners into some remote wilderness areas that have maintained high biodiversity because they haven’t yet been disturbed.

Building enough wind turbines to supply half the world’s electricity would require nearly two billion tons of coal to produce the concrete and steel, along with two billion barrels of oil to make the composite blades.

More than 90% of the world’s solar panels are built in Asia on coal-heavy electric grids. Mark Mills is a contributor to the Wall Street Journal, and he’s written a great deal about this matter.

He reflects, tongue in cheek, on the dream of discovering “unobtanium” which is a magical energy-producing element that appears out of nowhere. It requires no land, weighs nothing, and emits nothing.

MY VIEW ON ALL OF THIS

In my view the one and only solution to creating a truly sustainable future is to stabilise the world’s population to about 5 billion and in the case of the Gold Coast to about half a million.

Laugh if you will but our various government leaders are washed along in a dream like state which is about to become a local and global nightmare. That is because with renewable energy sources and science, we are moving in the right direction and that’s a very good thing.

However, even if we could produce limitless renewable energy for free, a population of 17 Billion people would be catastrophic burden on the natural environment of this planet.

This is a huge threat and politicians are completely ignoring it. 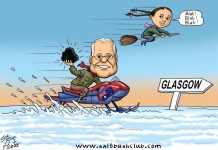 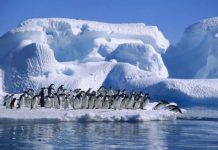 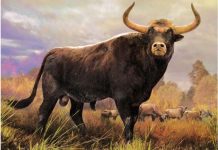 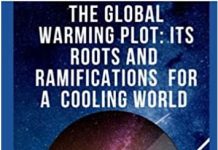 The Green Empress Angela Merkel and friends have No Clothes