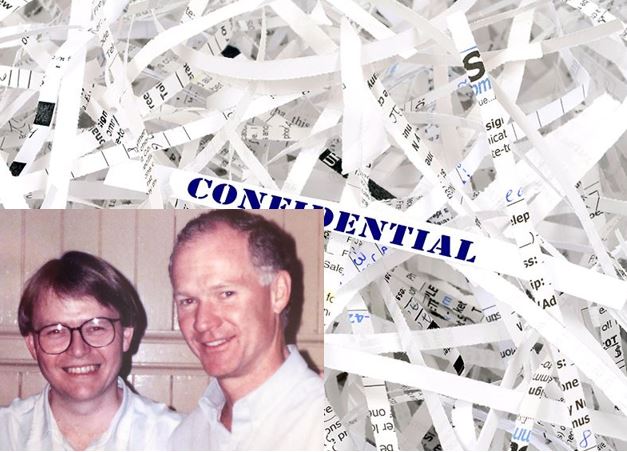 In life, when dealing with others, there are very few situations, where ‘trust’ does not play a role. In particular, our level of trust determines what any of us, in exercising free will, are prepared to commit ourselves to.

In large part, this trust springs from the civilised ideal of ‘my word is my bond.’ It also means treating and trusting others as we want them to treat us (“Do unto others as you would have them do unto you”).

The operation of ‘trust’ in human affairs follows because none of us is an island complete unto ourselves.

This is particularly so, when it comes to trusting elected and appointed public officials to properly redress wrongs and uphold and enforce rights.

We need this trust, to avoid ordinary citizens taking the law and justice into their own hands and becoming vigilantes.

‘Trust’, however, is often a question of degree. Many times, we default to “buyer beware,” but when a critical or risky situation arises, the degree of reciprocal trust required can be huge.

In their wisdom, parliaments acting on behalf of their people have enacted laws to safeguard the obligation of ‘trust.’

They have done this by outlawing dishonest (e.g. false and misleading) conduct. These laws are enforced with penalties which are ready to be applied to the guilty.

These penalties include terms of imprisonment intended to act as a deterrent to others and to protect the public interest.

This indispensable matter of trust is secured in constitutional, criminal and administrative law.

Amongst other things, it underpins the integrity of the administration of justice, so that justice, in all its various forms, cannot be interfered with by anyone.

This is most especially the case for public officials in any arm of government (i.e. Legislature,Executive or Judiciary).

Abuse of public power is always viewed as a serious crime. Its eradication relies on the democratic principle

that no one is above the law.

This principle requires that the law must be respected and enforced fearlessly and consistently when the factual circumstances satisfy the triggering elements of a particular crime, such as destroying evidence or obstructing justice.

Sir Edward Coke was a renowned constitutional English jurist and advocate for the principles of justice founded in Magna Carta in 1215.

“…the King himself shall not be under man, but under God and the law”.

In essence, this principle still sits at the heart of our system of Westminster government.

It imposes limitations on 21st century government power and sustains our individual freedoms under the shield of government by the rule of law, not of men.

This is where the modern phenomenon of whistleblowing plays such a vital role when the system breaks down, and when attempts to cover up with “mates looking after mates” comes into play.

That is, if and when any government arbitrarily conducts itself by double standards to suit its own

purpose, to the legal and ethical disadvantage of another.

When no one in authority is prepared to call out such abuse of office, or to bring the wrongdoers in high places to justice, then a lone whistle-blower may act.

These circumstances are commonly known as a systemic cover-up, and are not unknown in world affairs, let alone in Queensland which doesn’t even have an upper house to its Parliament.

In these circumstances, whistle-blowers risk everything when making their public interest disclosures (PIDs).

They are forced to place their trust in so-called independent integrity authorities like Queensland’s current Crime and Corruption Commission (CCC) and its 1990 progenitor, the Criminal Justice Commission (CJC).

Whistle-blowers expect these bodies to do what they claim they can be relied upon to do.

That is, to act honestly and impartially according to law, irrespective of how high up in the system the wrongdoing is alleged to have occurred.

Queenslanders have been assured daily for the last 3 decades that corruption – which was supposedly entrenched during the long-running Bjelke-Petersen government – was driven out of its dark corners by the much-lauded Fitzgerald Inquiry.

Then, with establishment of the CJC in late 1989, a bright new dawn of corruption-free, open and accountable government in unicameral (single chamber Parliament) Queensland was promised.

The promise of government by the rule of law and no cutting of corners was given by the pristine leadership of newly elected Premier, (the late) Wayne Goss with his principal adviser, Kevin Rudd, standing alongside him.

But were these promises ever truly delivered?

In asking this question, it is pertinent to remind readers that powerful forces are afoot, pushing for the establishment of a national integrity authority.

Of course, many of those pushing for these bureaucratic oversight bodies (i.e. academics, barristers and retired judges) have never risked anything in their entire lives to ensure that corruption is eradicated from the affairs of government.

Despite this, and for reasons best known to themselves, they somehow think that 21st century Queensland, with its watchdog integrity authority the CCC, offers a safe, reliable template for our national government to copy.

Readers of The Richardson Post, with their obvious interests in Federal/State politics, and community and

international affairs may have already heard about the so-called Heiner affair.

To some, however, this article may be the first they have heard of its 3 decade-long existence in Queensland.

The tentacles of this debacle are now of national, if not international importance.

It features in archival study tertiary textbooks across Australian and around the world. It even features as a study item in the Queensland Education curriculum for Business, Communications and New

It is an unresolved cause célèbre affair which already registers in the international record keeping community as one of the 14 greatest recordkeeping/shredding scandals of the 20th century.

Since that categorisation, the alleged wrongdoing and cover-up has worsened markedly.

Those eminent professionals called for its proper resolution twice, but their expert calls fell on the deaf ears of those with their hands on the levers of power in Queensland.

Over this protracted period of documented cover-up, the rule-of-law/governance issues at stake have grown exponentially and become more serious in reach and significance.

These issues now envelope all arms of government in unicameral Queensland and beyond.

They originate from the unlawful decision of the 5 March 1990 Queensland Cabinet to destroy the Heiner Inquiry documents.

This was done to prevent their use as evidence in judicial proceedings which were already foreshadowed.

Elected and appointed public officials in Queensland have brought its governance to a state of unprecedented crisis due to their handling of this matter over the last 30 years generally and in the last 7 years in particular.

This is a story which needs to be told in the public interest. We will be posting it as a series of articles on The

In the meantime, readers are first invited to visit the Heiner affair’s webpage: https://www.heineraffair.info A good starting point is:-

an international conference of archivists/recordkeepers in the Darwin Convention Centre; and

Other postings inside the webpage (by pressing Enter) ought to be read.

Kevin Lindeberg was the whistle-blower at the centre of “the Heiner affair”.

He was employed as a Queensland public sector trade union organiser in 1990.

This brought about his direct involvement in the Heiner Inquiry and efforts to prevent the shredding of the lawfully gathered evidence by the newly elected ALP Queensland Government and Cabinet which was known to be required as evidence for a foreshadowed judicial proceeding.

at the State-run youth detention centre was lawfully gathered by retired Magistrate Noel Heiner during his brief inquiry into the centre.

For his efforts, Lindeberg was sacked by his union. He officially informed his union that a

serious crime may have been committed.

He took his public interest disclosure about the shredding to the CJC in 1990, and thus began an unprecedented on-going 3-decade journey in search of justice. This struggle is now known throughout the world as “the Heiner affair” or more colloquially as “Shreddergate.”

ABOUT THOSE HIV INSERTS