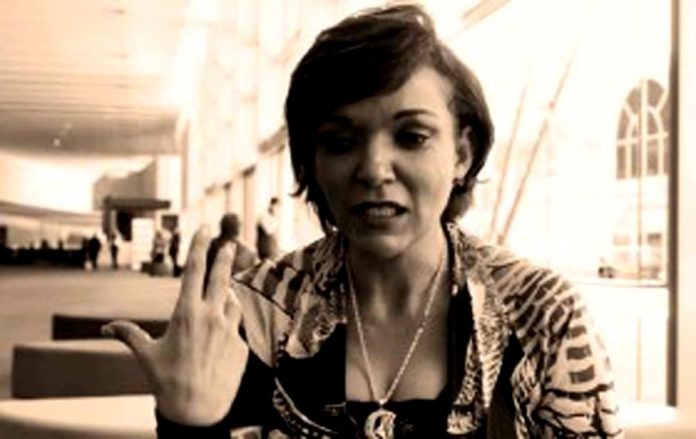 This week it was announced that counter-terrorism expert Anne Aly would contest the seat of Cowan for Labor, in WA in the upcoming federal election.

In the Sydney Morning Herald Anne Aly said the national security debate had often been driven by the "politics of division and fear".

"I don't think we've had a reasoned debate at all in this space," she said. "This debate has been dominated by a political narrative and that needs to change … We definitely have a politics of division and a politics of fear … particularly with Liberal governments who have a very adversarial style of politics."

Anne Aly is right, we certainly have not had a reasoned debate about Islam and terrorism. The debate has been driven by the politics of division because Islam at its core is divisive – the entire premise is based on division.

A reasoned debate would have to include the texts that Muslims subscribe to. A reasoned debate must include a vigorous debate about the legitimacy of the Quran, Hadiths and example of the so-called prophet Mohamed in Australia in 2016.

There are more than 100 verses in the Quran alone that command devout, pious followers of Islam to be violent toward unbelievers.

I am interested to hear Anne Aly’s take on this.

What does Ms Aly have to offer the thousands of victims of jihadi attacks who have been raped, forced circumcised, mutilated, forced to marry underage, thrown off buildings, stoned, set on fire or beheaded – all as a result of Muslims taking the verses in the Quran literally?

There are hundreds of verses, written in black and white, that explicitly command Muslims to ‘strike terror into the hearts of unbelievers’, “strike at their necks’, ‘cut off their finger tips’, ‘make slaughter in the land’, ‘take captives’, raping those whom ‘your right hand possesses’ and a whole lot more.

If this so-called reasoned debate does not include addressing these barbaric, savage, backward commands then it is simply a farce.

These verses cannot be relegated to a historical context or even interpretation.

These commands are plain and simple and the fact is not just ISIS but also many Islamic governments around the world apply these texts literally resulting in government sanctioned and religiously endorsed violence.

The Pakistani government recently rejected a bill to ban underage marriages as it would be ‘blasphemous’ and against Islamic teaching.

To be an Islamic extremist is to simply take the Quran, Hadiths and example of Mohamed literally.

A reasoned debate would have to address the fact that it is beyond comprehension there is a Saudi Arabian representative on the Human Rights Council of the United Nations.

It is disgusting and alarming that the Australian government accepts that a country with one of the most appalling human rights abuses is considered worthy of a diplomatic relationship. Saudi Arabia is a sterling example of a country dominated by Islamic law and sharia practices.

When Islam is given free reign to govern a people, this is what it looks like.

Any ‘Religion of Peace’ rhetoric, when examined, is found to be a result of terror tactics, fear and oppression instituted by religious police. Women and minority groups in Saudi Arabia face oppression and abuse that is government sanctioned and religiously endorsed.

Most of the OIC countries are the same.

Women do not have a choice of what to wear or who to go out with. They cannot voice opinions contrary to Islam, they can’t choose to leave Islam without threats of violence or death, their testimony is not considered valid, they are oppressed in so many ways. Minority groups in these Islamic nations are not protected and they live in fear.

They do not experience Islam as a religion of peace.

Christians and gays are stoned, set on fire or beheaded without fair trials simply for breaking barbaric and regressive Islamic laws.

Some may say, who cares that is overseas?

We all need to care because some of things are happening here in Australia and divisive public figures like Ms Aly want to distract us with complicated theoretical explanations that do little to allay our concerns.

There are communities in Sydney, Melbourne, Perth and beyond where Aussie daughters of Islamic parents are forced to wear divisive Islamic garb against their choice, they are not allowed out without a male family member as chaperone, they fear being married off underage, and they fear punishment or being ostracized by their community if the reject Islam.

There are also communities of refugees in Australia who have fled the trauma of Islamic inspired jihad who are genuinely afraid.

Many have said to me, “I fled the grasp of Islam to come here where I thought I would be safe. Where else can I go?”

These refugees have witnessed and experienced horrific crimes all under the cry of “Allah Akbah” while the Islamic texts are being recited to justify atrocious behaviour.

Who is Anne Aly to say that Muslims who take the Islamic scriptures literally are not true Muslims?

Wouldn’t they say she is an apostate for disregarding the explicit commands?

We can all be extremely thankful that the majority of Muslims in this country reject the specific commands of Allah.

We can all be thankful that many Muslims do choose to integrate rather than segregate themselves here in our free, democratic nation.

We can be thankful that the majority of Muslims disobey the command to follow the example of Mohamed.

But the problem remains, we simply don’t know who the next Muslim will be to become more devout, more religious, or more extreme.

Every time there is a so-called ‘lone-wolf’ terrorist attack and there is violence conducted under the cry of “Allah Akbah” the Islamic community tell us they had no idea that this person was capable of such atrocities, and yet their actions can be perfectly accounted for in Islamic scriptures.

Anne Aly would have us believe it is because of the western mindset and cultural practices that these young men become radicalised.

She would attempt to say it is because the Australian tax payer doesn’t contribute enough to more wasteful de-radicalisation projects.

Is Anne Aly clearly and plainly denouncing the Islamic scriptures?

An honest and reasoned debate would not start with pointing fingers and laying the blame at the feet of a society that champions democracy, freedom and equality.

The start of such a debate must be with the texts and example of the prophet that explicitly command such radical behaviour.

Kirralie Smith is the Director of Halal Choices and the NSW Senate Candidate for Australian Liberty Alliance.

CLEMENTINE FORD IS LITERALLY A MUTANT WITCH (and we think there...