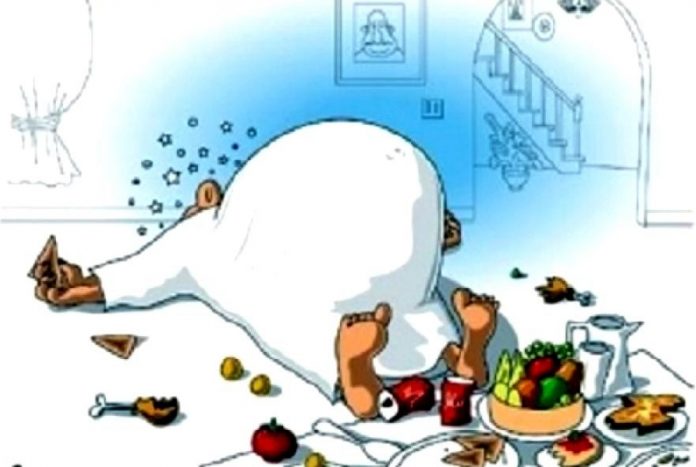 Halal certification is a profitable business not a charity.

The Adelaide mosque has been found to be raking in approximately $200,000 a year as a halal certifier and doing so as a charity – avoiding taxes and other regulations.

After failing to comply with its legal obligations to submit annual financial reports, the Australian Charities and Not-for-Profit Commission (ACNC) revoked the charity status of the Adelaide mosque. In a desperate attempt to regain the charity status they finally submitted the reports which showed almost two thirds of its $300,000 income is raised through halal certification.

The senate inquiry into Third Party Certification heard evidence and received submissions that revealed corruption, misuse of profits, bribery, over pricing and more are rife within halal certification schemes. It was clearly shown, that despite the 1982 Royal Commission findings that halal certification fees should be about cost recovery, it has become a very lucrative business, making huge profits from Aussie companies and consumers.

In many instances the profits are made as exorbitant fees are charged to companies on products that are already halal compliant. The fees charged by these mosques and halal certifiers are simply to state the obvious, that most products in fact do not contain blood, pork or alcohol. Some companies are paying up to $27,000 a month for halal certificates. The senate committee heard one business was quoted $800,000 for an annual fee!

There are recommendations made by the senate committee yet to be implemented but this is certainly a promising start. The recommendations included more government regulation and clearer labelling which will result in less ability to profiteer.- avoiding business taxes and other regulations.

Unlike most churches, synagogues, temples and other places of worship, Islam uses mosques to implement its totalitarian, legal, political, military ideology. While 'worship' may indeed occur in a mosque, so do a lot of other activities.

Prayer and fasting is a personal and rather benign activity that isn’t a threat to anyone. How different religions choose to practice these worship elements in their own buildings is up to them. But when the so-called religious entity crosses over into business, political, legal or military activity it must be subject to Australian law.

One law only and one law for all.

Sharia law is completely and utterly incompatible with Australian democratic law that champions freedom and equality. Women, gays and other minority groups are hugely disadvantaged by Islamic sharia practices and attitudes. It has been reported several times over the past few years that Sharia law is indeed being executed in Australian Muslim communities where women are subject to barbaric Islamic practices surrounding divorce, inheritance and custody.

Women’s rights are diminished and abused under Sharia law as the woman has very little entitlement in these issues. She can only access half the inheritance of her brother, she has little to no rights when it comes to the custody of her children (particularly when they reach the age of 7), and the settlement outcomes regarding divorce severely disadvantage the wife in our culture.

Many of these Muslim women are simply not aware of their rights as Australian citizens, as in some cases, they are confined to the Islamic community and the mosque and are never encouraged to integrate. Some are also threatened with reprisal or isolation if they go outside the bounds of Sharia and appeal to Australian democratic law.

It is the mosques that teach and promote Sharia through the recitation and preaching of the Quran. It is in mosques that meetings are held to discuss and act on issues of politics and law. Mosques are attended by wanna-be jihadis who have been planning attacks here and overseas.

As we know the gun used in the jihad attack that killed Curtis Cheng was obtained from Parramatta mosque.

Mosques are not the same as other places of worship, as they carry out varied activities unrelated to worship. These inconsistencies must be addressed and investigated. If the mosques have nothing to hide then there ought to be no problems in being transparent and accountable.

My assumption though is they won’t. Most halal certifiers refused to be subject to our democratic processes regarding the senate inquiry. All were invited to make submissions and given invitations to attend the hearings. All but two refused.

The opportunity to put to rest the so-called misconceptions were passed up. As a result the senate inquiry discovered there is indeed corruption, over pricing, little regulation and countless problems surrounding the industry.

In the case of the Adelaide mosque it has lost its charity status due to non-compliance with a legal requirement under the ACNC rules. Halal certification is a business not a charitable activity. To have the charity status revoked is a good start.

But what will happen now?

Will the government recover appropriate taxes owed to the Australian public? What other investigations will be conducted?

Communism, Nazism, Christianity and other belief systems are subject to rigorous analysis, criticism and debate. It is time the same standards were applied to Islam in this country.

PARKS AUSTRALIA: BETWEEN THE ROCK AND A HARD PLACE