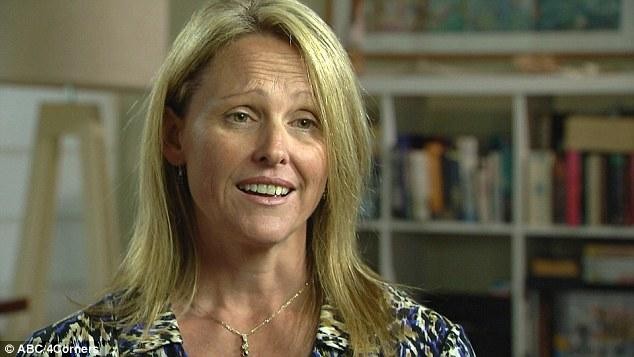 Last week wrapped up the third and final hearing for the senate inquiry into the Third Party Certification of Food. It began in May this year and the report, including recommendations, will be presented on the 30th November.

The good news is Senator Sam Dastyari is no longer the chair of the Economics Reference Committee which is responsible for the Third Party Certification of Food inquiry. Apparently he has been promoted to a ‘front’ bench position which means he is no longer eligible to serve as a chairperson.

You might remember he made a very biased tweet before the second hearing, “I am fed up with the racist dog whistling around halal”. Not only did this reveal his bias but also his extreme ignorance considering halal certification is a religious practice, not a racial one. Senator Dastyari attended last week’s hearing as the 'acting chair' and spent most of his time on his mobile phone and yawning.

You may also be *pleased* to know Senators get paid quite a hefty amount to be on these committees. Senator Chris Ketter is now the chair of this committee.

It has been a very eye-opening process to say the least. At times it has been very frustrating but also quite amusing.

The first hearing was about organic, kosher and health. This was set up to compare and contrast all of the certifications covered by this inquiry. It became very apparent that Kosher is very different to halal certification. There is no such thing as a ‘Kosher’ abattoir. When an abattoir is required, the appropriate Jewish slaughtermen go in, do their kills and leave. Unlike the 70 or so abattoirs in Australia who have submitted to Sharia practices and paid fees for the privilege.

We have halal certified abattoirs despite the fact that not all the meat slaughtered needs to be done for the Muslim market and ends up fobbed off to unsuspecting Aussie consumers.

The Rabbis also do a lot of work for the Jewish community in terms of Kosher at their own expense. Kosher is often clearly labelled, in a separate section or even in its own supermarket. Kosher practices and fees are not imposed on all Australian consumers.

At the second hearing Senators Dastyari and Bernardi had a fun little exchange. The CHAIR of the inquiry at the time, Senator Dastyari, was trying to manipulate the facts but did a poor job and Senator Bernardi called him out on it. It was loud, talking over the top of each other but amusing at the same time.

What was not amusing is the fact that Austrac have stated over and over again that there are most definitely links between Islamic charities and extremism. And we all know that halal certifiers give generously to Islamic charities. It is yet to be seen what the Government will actually do about it, but you can be sure I for one won't be letting it rest.

So do the profits of halal certification fund extremism or terrorism? Austrac simply don't know, can't say, won't say. Sam Dastyari was quite misleading when he fronted the cameras that day to insist there were no links – it is because they haven't been investigated! You can see a recent more detailed report by Paul Zanetti, here on the Richardson Post.

So do Austrac have any idea where the money goes? …..ummmm no, it seems not. Despite Senator Bernardi stating that all he had to do was a simple Google search to find the links. I am not sure the extra $20 million in taxpayer funds has been all that helpful for Austrac when it comes to working out where extremists are getting their money.

Despite several halal certifiers being invited to attend the third hearing, only 2 showed up. Senator Cory Bernardi pointed out that was alarming in itself, which one of the halal consultants, Dr Abdul Ayan, agreed with. In fact the halal consultant said "word on the street in the Islamic community is that they boycotted the inquiry."

The disrespect of these people is astounding. They finally have the opportunity to set the record straight and put the apparent 'misconceptions' to rest yet they refuse to turn up.

To this point they have not complied. So in fact they had forced the senate's hand to have this inquiry because they have refused to engage when asked for information.

There was a very funny moment when Dr Ayan kept insisting that Senator Bernardi was, “Close to those racist groups. The racists, that ‘Choices’ woman.” Cory retorted with, “You’re closer to her, she is sitting right behind you.” Even Sam giggled at that.

Senator Bernardi read from a statutory declaration by a former AFIC president, Ikabel Patel, that they had paid bribes to Indonesia to secure halal certification rights. The current AFIC representative, Wasim Raza, apparently knew nothing about that.

The second witness confirmed he knew about bribes, corruption, intimidation, over servicing and over pricing when it comes to halal certification. In fact he has written a book about it!

The AFIC representative also got himself in a tangle when Senator Bernardi questioned him about the profits from halal fees paid by companies. He started out very adamant that the fees charged were only ‘to cover costs’.

But Senator Bernardi had the AFIC financial reports in front of him and revealed that last year there was a $900,000 profit! $700,000 the year before that. Sounds like a little more than covering costs don’t you think?

Wasim Raza from AFIC insisted the official financial report must be wrong but quickly changed his mind when accused of submitting fraudulent financial reports. He took some questions on notice, we will wait and see what his explanation is.

Both witnesses agreed there needs to be a level of regulation or registration and that the domestic halal certification schemes are a free-for-all.

The bottom line is what I have been saying for years – the halal certification industry is corrupt and needs some serious investigation. We now wait and see what the Economic Reference Committee will recommend. No doubt Senator Bernardi will have a say in this. The Government will then be given the report to act on.

Stay tuned for the outcome. Let’s keep a close on eye on what is said and hold them to account. I can assure you, I will not let this be swept under the carpet!