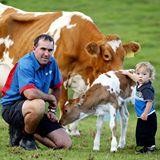 In the past few weeks halal certification has been a hot topic. Social media campaigns are being blamed for backlashes and causing hardship to Aussie companies.

Many people who dare speak out against halal certification are being labelled as racists or bigots. You know, I have never heard someone who criticises the Catholic church labelled a racist or a bigot, that would be absurd. It also seems well understood that to criticise Nazis is not hating all Germans.

Nor is speaking out against communism seen as an attack on Chinese people. You would certainly be seen as an idiot if you called that racism. And yet, anyone who wants to discuss the religious political ideology known as Islam is shouted down with ridiculous name-calling.

Quite frankly I think many Aussies have had enough. They are exercising their right to freedom of speech. And also keeping in good Aussie form by asking questions and desiring to enter into a debate about these issues.

Anyone who denigrates fair discussion of halal or Islam as “racist” is small minded and illogical.

Maleny Dairies publicised the fact they were not paying for halal certification because it was unnecessary.  And it is unnecessary. The Islamic Co-ordinating Council of Victoria clearly states that milk is already permissible (no certificate or fees are required). As a result this company has unfairly copped it from both sides, labelling it a racist stance, from media and the general public.

No! It was a good Aussie business decision that they were entitled to make and promote