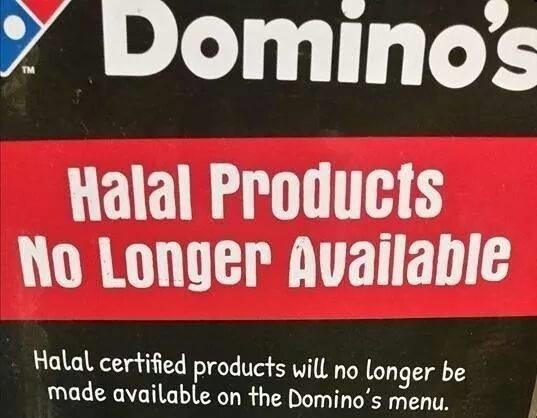 A small town country mum and wife of an electrician is slowly but surely, and single-handedly, dismantling the evil of Islamic Halal Certification. Governments have refused to act to stop an extortion racket that has permeated our food chains and increased our shopping costs. It started with the hideously cruel halal slaughter of our livestock but has retrogressed to practically everything we buy, including plastic containers.

A NSW Muslim emailed me several times over the course of a month. He began by being polite and apologising for the negative stereotypes surrounding Islam.

Toward the end of a very long email he wrote, “My friend and I will be forming a halal food certifying agency. However, ours will be different from the rest. Ours will have complete transparency and NOT ONE CENT of our funding will be going anywhere other than to our own personal bank accounts.”

What does that imply to you?

That other organisations are not transparent?

That the money certainly does go toward funding questionable activities?

As I pressed him about these things he responded with increasing aggression and very foul language.

The majority of halal certification agencies in Australia are owned and operated by mosques. Mosques practise and preach segregation (between men and women, Muslims and non-Muslims), inequality of women (a woman’s testimony is worth half that of a man’s) even lesser status is afforded non-Muslims, how to use democracy to advance Islam – to name just a few things that are anti-Australian.

In a number of mosques polygamy, marrying minors and violence is also encouraged – teachings taken directly from the Koran, Hadiths and from examples of their prophet.

Much of this is funded by halal certification schemes.

In 2010 and 2011, the Australian Federation of Islamic Councils (AFIC) declared that their income from halal certification was "around" $700,000 a year.

AFIC is just one of at least 21 agencies that can halal certify meat in Australia.

Interestingly the 2012 and 2013 reports are not easily found and even the Vice President had difficulty getting his hands on them.

He was quoted as saying, “The secrecy surrounding the financial management of the group was appalling. I was denied the opportunity to inspect our finances, despite my requests made plainly three times, and duly noted in the minutes.”

In France, the UK and Canada it has been proven that halal certification schemes directly fund organisations such as Hamas and the Muslim Brotherhood – terrorist organisations determined to destroy the West.

In Canada alone it was found that $14.8 million dollars had been funnelled to Hamas from halal certification money.

It is time for the Australian government to investigate the money trail in Australia.

Already there are monetary links from here in Australia to terrorist organisations.

The SMH reported in 2005 that, “The certification rights from Saudi Arabia allow their owners to in turn certify the slaughtermen who kill animals in accordance with Islamic regulations.

"With a tithe (10%) on every carcass, and the market for Halal meat rapidly growing, certification rights are worth millions of dollars."

Those who control the rights can build mosques, fund the training of imams in their chosen country and bring radical Islamic preachers to Australia.

The money is also a vital subsidy to the rash of Islamic schools flourishing in Australia, which are already in receipt of State funding, and a source of both influence and income for their operators.

This is a concern for Muslims and non-Muslims alike.

It’s time to find out exactly where this money goes to.