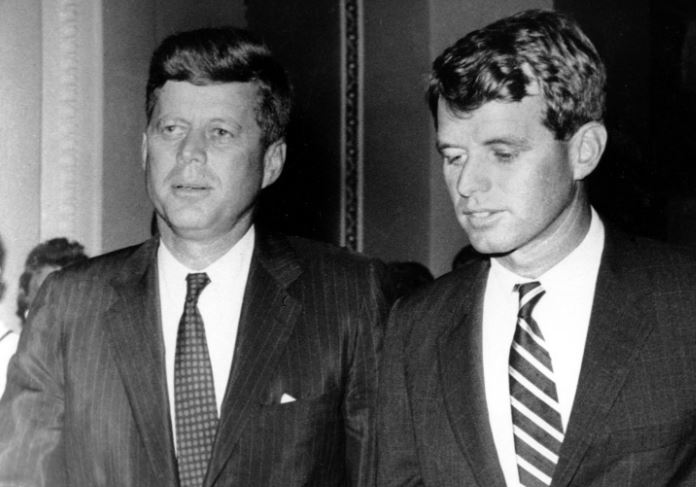 It seems unlikely that a lone nut like Lee Harvey Oswald could have killed JFK, even back in 1963. Apparently, this lone nut was assassinated shortly afterwards by a man who would die in jail shortly after that.

Not surprisingly, lots of people didn’t buy the official version of the story which was pedalled by the Warren Commission. There were just too many coincidences.

I have never really looked deeply into this affair, but I am aware of numerous theories blaming all sorts of characters, organisations or nations.

Castro, the CIA, Communist infiltrators the Mob and many others have been accused at some point.

I happened to come across an article recently which had a rather different take on the affair. It was not one that I had heard before, and whilst I may have disagreed on a few points, it was well researched and mostly logical.

The original is far too long, so I have broken it into several parts which we will post over the next few days.

I don’t know if it is true or not. I’ll leave that to you guys to argue over. Please keep it clean and respectful. It is Christmas after all.

WHO KILLED THE KENNEDYS? PART 1 By Laurent Guyénot

Just after midnight of June 6, 1968, Senator Robert Kennedy was assassinated in a backroom of the Ambassador Hotel in Los Angeles.

He had just been celebrating his victory at the California primaries, which made him the most likely Democratic nominee for the presidential election.

His popularity was so great that Richard Nixon, on the Republican side, stood little chance.

At the age of 43, Robert would have become the youngest American president ever, after being the youngest Attorney General in his brother’s government.

His death opened the way for Nixon, who could finally become president eight years after having been defeated by John F. Kennedy in 1960.

John had been assassinated four and a half years before Robert. Had he survived; he would certainly have been president until 1968.

Instead, his vice-president Lyndon Johnson took over the White House in 1963, and became so unpopular that he retired in 1968.

Interestingly, Johnson became president the very day of John’s death, and ended his term a few months after Robert’s death. He was in power at the time of both investigations.

And both investigations are widely regarded as cover-ups. In both cases, the official conclusion is rife with contradictions. We are going to sum them up here. But we will do more: we will show that the key to solving both cases resides in the link between them. And we will solve them beyond a reasonable doubt.

As Lance de Haven-Smith has remarked in Conspiracy Theory in America:

Clearly, this quirk in the Kennedy assassination(s) lexicon reflects an unconscious effort by journalists, politicians, and millions of ordinary Americans to avoid thinking about the two assassinations together, despite the fact that the victims are connected in countless ways.”[1]

John and Robert were bound by an unshakable loyalty. Kennedy biographers have stressed the absolute dedication of Robert to his elder brother. Robert had successfully managed John’s campaign for the Senate in 1952, then his presidential campaign in 1960.

John made him not only his Attorney General, but also his most trusted adviser, even on matters of Foreign or Military affairs.

What John appreciated most in Robert was his sense of justice and the rectitude of his moral judgment. It is Robert, for example, who encouraged John to fully endorse the cause of the Blacks’ civil rights movement [2].

Given this exceptional bond between the Kennedy brothers, what is the probability that the two Kennedy assassinations were unrelated?

Rather, we should start with the assumption that they are related. Basic common sense suggests that the Kennedy brothers have been killed by the same force, and for the same motives.

It is, at least, a logical working hypothesis that Robert was eliminated from the presidential race because he had to be prevented from reaching a position where he could reopen the case of his brother’s death.

Both his loyalty to his brother’s memory, and his obsession with justice, made it predictable that, if he reached the White House, he would do just that.

But was there, in 1968, any clear indication that he would?

Did Bobby plan to reopen the investigation on his brother’s assassination?

The question has been positively answered by David Talbot in his book Brothers: The Hidden History of the Kennedy Years, published in 2007 by Simon & Schuster.

Robert had never believed in the Warren Report’s conclusion that Lee Harvey Oswald was the sole assassin of his brother.

Knowing too well what to expect from Johnson, he had refused to testify before the Warren Commission.

When its report came out, he had no choice but to publicly endorse it, but “privately he was dismissive of it,” as his son Robert Kennedy, Jr. remembers [3].

To close friends who wondered why he wouldn’t voice his doubt, he said: “there’s nothing I can do about it. Not now.” [4]

From 22 November 1963, Robert was alienated and monitored by Johnson and Hoover. Although still Attorney General, he knew he was powerless against the forces that had killed his brother.

Yet he lost no time beginning his own investigation; he first asked CIA director John McCone, a Kennedy friend, to find out if the Agency had anything to do with the plot, and came out convinced that it hadn’t.

In March 1964, he had a face-to-face conversation with mobster Jimmy Hoffa, his sworn enemy, whom he had battled for ten years, and whom he suspected of having taken revenge on his brother.

Robert also asked his friend Daniel Moynihan to search for any complicity in the Secret Service, responsible for the President’s security[5].

And of course, Robert suspected Johnson, whom he had always mistrusted, as Jeff Shesol documents in Mutual Contempt: Lyndon Johnson, Robert Kennedy, and the Feud that Defined a Decade (1997).

In fact, a mere week after JFK’s death, November 29, 1963, Bill Walton, a friend of the Kennedys, travelled to Moscow and passed a message from Robert and Jacqueline Kennedy to Nikita Khrushchev.

He did this via a trusted agent who had already carried secret communications between Khrushchev and John Kennedy.

According to the memo found in the Soviet archives in the 90s by Alexandr Fursenko and Timothy Naftali (One Hell of a Gamble, 1998), Robert and Jackie wanted to inform the Soviet Premier that they believed John Kennedy had been “the victim of a right-wing conspiracy.”

They also thought that “the cooling that might occur in U.S.-Soviet relations because of Johnson would not last forever.”[6]

Robert also contacted a former MI6 officer who had been a friend of his family when his father was Ambassador in London.

This British retired officer in turn contacted some trusted friends in France, and arrangments were made for two French Intelligence operatives to conduct, over a three-year period, a quiet investigation that involved hundreds of interviews in the United States.

Their report, replete with innuendo about Lyndon Johnson and right-wing Texas oil barons, was delivered to Bobby Kennedy only months before his own assassination in June of 1968.

After Bobby’s death, the last surviving brother, Senator Ted Kennedy, showed no interest in the material. The investigators then hired a French writer by the name of Hervé Lamarr to fashion the material into a book, under the pseudonym of James Hepburn.

The book was first published in French under the title L’Amérique brûle and was translated under the title Farewell America: The Plot to Kill JFK. Its conclusion is worth quoting:

“President Kennedy’s assassination was the work of magicians. It was a stage trick, complete with accessories and fake mirrors, and when the curtain fell, the actors, and even the scenery disappeared. […] the plotters were correct when they guessed that their crime would be concealed by shadows and silences, that it would be blamed on a ‘madman’ and negligence.”[7]