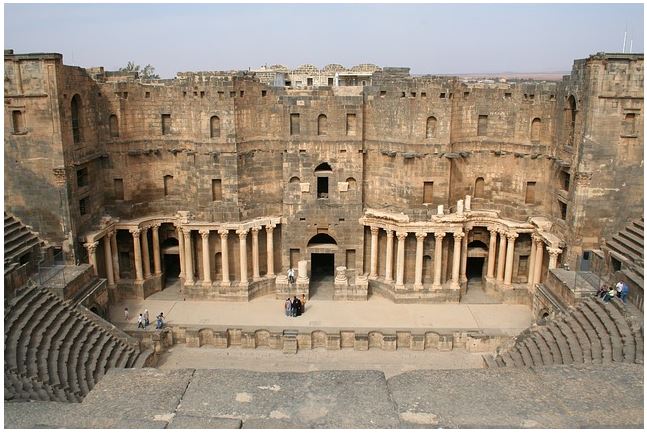 This article is reproduced with kind permission from XYZ here. It was first published two years ago but is still the best analysis of the players in the conflict I have seen.

If unlike me you’re a normal person, you probably tuned out of the big dust up in Syria a couple of years ago. Very few people have the stamina to follow a six year civil conflict, with a myriad of players all trying to stab each other in the back.

But since it looks as though the fighting which has almost led us to the brink of world war a couple of times now is finally beginning to wrap, up here’s a relatively short and helpful guide and scorecard of the players as they currently stand for you folks watching at home.

Just how bad did the U.S government screw up in Syria?

Remember when the U.S funded Islamic extremists in Afghanistan to win a geopolitical conflict against Russia and accidentally helped to fund the invention of modern Sunni Islamist terrorism?

Now imagine seeing the terrible results of such a course of action unfold over decades and then doing that again.

Because F*ck it I guess.

The U.S gave funding, training, weapons and support to nebulous third parties about whom they knew practically nothing, in order to win a power play against Iran on behalf of the security interests of the Gulf States and Israel.

They had to do this because the glorious American-led invasion of Iraq had turned that country into an Iranian satrapy and the paunchy, debased and decadent creatures that make up the Sunni royal families from around the Persian Gulf were shitting themselves.

Plus I think someone has some seriously compromising blackmail photos of John McCain somewhere.

That Assad is friends with both Iran and Russia, the Washington DC establishment’s favourite bete noirs, just helped add urgency to the project. The Arab Spring had opened up the opportunity for the U.S intelligence services and the State Department to overthrow a lot of governments and replace them with friendlier, newer versions. Chances like that only come up every few decades and it seems they grabbed this one with both hands.

So the U.S is now funding Kurdish neo-Stalinists to try and salvage something from the mess they themselves helped to create by funding Salafist insurgents who swore on their mother’s graves that they were really moderate democrats.

In the meantime, U.S Gulf allies are funding Al Qaeda successors, U.S NATO ally Turkey is fighting U.S allies the Kurds while sucking up to U.S rival Russia, Iran is swanning around the region at will and the U.S friends in the region are wondering whether it’s worth being a U.S friend at all.

Rarely do you see a better example of the sheer genius capable by government employees.

But who are the other players?

Being a Shia country in a world full of over a billion Sunnis who at best consider Shia to be vile heretics unworthy of decent human spit, isn’t always a fun position to be in. The Iranians have had to be smarter, better and stronger than their opposition. Fortunately for them their opposition has usually been Arabs.

Assad is an Iranian Ally from a minority religious group that nutcase Sunnis hate almost as much as Shias, and both he and his father have been fighting these Salafist lunatics off and on since the late 70s. Iran propping them up gives Assad a firm ally in a world of enemies and allows Iran access to Lebanon and their proxy Hezbollah.

Iran has dumped a lot of blood and money into this conflict. They have thrown their elite Islamic Revolutionary Guard Corps into the harshest battles as well as importing masses of Hezbollah and Shia Iraqi militias. They know that if they win the strategic Shia crescent, what Israel and the ridiculously robed southern Oil sheiks have been dreading for decades has a chance of becoming a reality.

For them losing really isn’t an option. There are far too many wolves around them looking for weakness. The Sunni have been pushing the Shia around for a long time now; the Persians see that for once they have a chance to change that, and they aim to use it.

Imagine growing up in a poverty ridden neighbourhood ghetto in a poor multicultural society where your people are easily the poorest group of all. Imagine it’s been that way for over a thousand years, your people getting the short end of the stick, your family last in line for electricity, water, food, jobs. Imagine knowing your community is looked down on by everyone else with either pity or hate.

Then imagine that all changes.

Imagine your mother getting a brand new apartment, your brother being able to buy a car, your grandmother getting new glasses for the first time. Imagine your community becoming more organised, more respected and even feared. Imagine there’s a civil war in the country and your community doesn’t lose for once, but actually does pretty well. Imagine the streets in your area looking nicer.

Imagine jobs, not just jobs but jobs working for your community, building new houses, new medical centres, and new playgrounds. Imagine the pride you and your workmates have as your community becomes a place worth living in, a place you can be glad to call home. Imagine the smiles on your neighbour’s faces when they see the good things you have done. Imagine respect.

Imagine getting off work and walking to a square with all your neighbours, all the members of your community. Imagine tens of thousands of you cheering in a newfound unity, no longer oppressed, put upon or ashamed. For the first time in hundreds of years your people have the whip hand in a land full of whips.

Now imagine the people who made it all possible call for volunteers to help fight for people they tell you are just like you in the country right next door. Imagine the pride in your father’s eyes and the envy in your brothers as you step forward alongside other young men from your neighbourhood and pick up a rifle.

If you can imagine all that, you already know why there is somewhere around ten thousand volunteers from Hezbollah fighting in Syria today.

PJ O’Rourke once joked that when he covered the first Gulf War, he and his follow correspondents had a bet where the first one to see a native born Saudi lift anything heavier than a pencil would win a bottle of whiskey.

The Gulf Arabs are the most degenerate, decadent, hypocritical hedonists on the planet, and anyone of the thousands of idle layabouts with any claim to be in one of the royal families are the worst of the lot. Anyone who has ever met them, worked with them or God forbid tried to do a group assignment with them in a university, suddenly begins to understand why living around such people turned Osama Bin Laden into such a radical.

The Gulf Arabs of various families and sub-branches of families have been funding almost every Sunni side, up to and including the Islamic State, in order to try and bring down Assad. Why? Because they’re greedy and scared. Greedy for the wealth new pipelines to Europe would bring and scared of Iran, their traditional enemy and a regional power not run by complete incompetents like themselves.

To paraphrase Matt Damon in the movie Syriana, a hundred years ago they were living in tents out there in the desert chopping each other’s heads off, and that’s where they’ll be in another hundred years just as soon as the oil runs out.

Imagine a cross between a gang of Marx-spouting Communist fruitcakes and a fractious alliance of Muslim mafia clans all eager to stab each other in the back, armed with tens of thousands of Kalashnikovs and the very latest in heavy American military equipment.

Sounds like exactly the sort of people you want to invite over for lunch.

The Kurds are an amalgam of Iranic speaking peoples in an area of many diverse small tribes who got lucky.

How you ask? Well during World War 1 the Turks wanted to religiously cleanse their empires’ heartland of filthy Armenian and Assyrian Christians, but they had a problem. The pesky war was taking up all their military resources that could otherwise have been usefully directed towards genocide. The solution? Promise the Kurds the property of anyone the Kurds ethnically cleansed.

And that’s why the rebels in northern Syria today are Kurdish Muslims rather than Middle Eastern Christians. The Kurds are sometimes literally living in what were once the Christians’ houses. The Turks later turned on the Kurds, insisting they were actually “Hill Turks” and tried to wipe out their language, culture and identity, but to be honest I find it hard to feel sorry for them.

The Kurds have numerous factions; some want to push for total independence while others are happy with autonomy within a Syrian state. Ultimately they want to rule themselves as much as possible so that they can get on with the more important task of finding sleazy ways to betray each other.

It took the U.S months of bribes and cajoling to get the Kurds to strike south and take the relatively undefended ISIS-held oilfields before the rapidly advancing elite Tiger forces of the Syrian Government could retake them. The hundreds of trucks full of “supplies” to help “motivate” them were crossing the Turkish border ten at a time for a month. Generally speaking the Kurds don’t really see any reason to fight in areas that aren’t at least a little Kurdish, so they needed persuading.

The U.S clearly thinks they can use the Kurds and the lands they hold in the north to leverage Assad out of power so that Uncle Sam can declare victory. They’re likely to be very disappointed. Kurds are only loyal to their clan and whoever paid them last, and they’ll probably sell out the Americans to anyone bar the Turks.

Turkey screwed up. Erdogan thought that by letting support for ISIS flow in through his country and oil from ISIS flow out, he could engineer a regime change in a country inside the old Ottoman sphere of influence while weakening the Kurds at the same time, all without involving too much Turkish blood or gold.

Want to know how well that worked out? The Turks recently had to launch a full regular army invasion of northern Syria to stop their traditional Kurdish enemies from creating a contiguous line of controlled territory across the entire Turkish, Syrian and Iraqi borders. To top it off they’ve had to go hat in hand to their old enemy Russia to try and sort out what a post-civil war Syria is going to look like, in the faint hope they can stop the Kurds from creating yet another autonomous region to use as a base from which to restart a fresh round of civil conflict inside the Anatolian heartland.

The Turkish army is currently massing men and tanks on the borders of rebel-held Idlib province; what the hell they do next is anyone’s guess. If Erdogan wasn’t so secure in his power right now after the recent failed coup and the mass round up of political opponents, you’d probably be looking at a regime change in Ankara.

That’s how badly Turkey has screwed up in their quest to start rebuilding their old empire. They might still salvage something out of the wreckage but I wouldn’t bet on it.