On November 3, 2020, as election night rolled into election morning, Jill and Joseph Biden walked out alone on stage to stand before a crowd of brand-new Jeeps. “We feel good about where we are. We really do,” Joe Biden said to the occasional honk from the vehicles.

It was an odd scene on an odd election night—with Michigan, Wisconsin, Georgia, Nevada, North Carolina, and Pennsylvania determined too close to call.

Just as oddsmakers and media pundits began tipping their hand—that somehow Trump had managed to pull it off again—network broadcasts announced, almost in unison, that states were largely done counting for the evening. They would need more time.

Jill Biden, wearing a cloth mask and occasionally clapping, stood next to her husband as he reassured the audience that, although this election night was unprecedented, things were all going exactly as they planned.

“I’m here to tell you tonight we believe we are on track to win this election. We knew because the unprecedented early vote and mail-in vote it was going to take a while,” he said. “We were going to have to be patient. It ain’t over till every vote is counted.”

In the end, when every vote was counted, five of the six states would award their electoral votes to now President Biden.

From the early and mail-in voting to which Biden referred to the now famous election night “pause” that is not a pause depending on whom you ask, much of the 2020 election was indeed extremely rare or unprecedented. Battleground states Florida and Ohio went to Trump—a two-state parlay winner that forecasted the Presidential Election successfully in every election since 1960.

So-called “bellwether counties,” counties that typically predict the winner, sided with Trump 18 out of 19 times. Before 2020, these 19 counties voted for the eventual winner of the Presidential election every time from 1980 until 2020.

Yet, in the wee hours of the morning, here was Biden, standing confident.

“Feeling good…We really are. We are still in the game in Georgia, although, that’s not one we expected,” Biden says and smirks slyly at the time. “Feeling real good about Wisconsin and Michigan. And by the way—it’s going to take time to count the votes, but we are going to win Pennsylvania. Talking to the folks in Philly, Allegheny county, and Scranton and they’re really encouraged by the turnout and what they see….”

At the time, Biden was down by 700,000 votes in Pennsylvania with vote counting “paused” until the morning. And yet here he was, smiling that crooked Cheshire cat smile. Saying unequivocally that they were going to win. How did he know?

It is fair to say that people had questions even before Donald Trump insinuated that there might have been funny business at hand. Much is made of Trump’s influence or sway as if he’s the sole reason behind any doubts that swirled around the election of 2020. Many of those doubts had more to do with statistical anomalies, strange scenarios, or counting stoppages than with anything Trump said.

People had questions because they used their eyes—and they had never seen an election like this.

Sunlight is said to be the best disinfectant—and I would propose that the best way you counter conspiracy theories is with absolute transparency. That is what this upcoming election and voters deserve:  A restoration of confidence in their vote.

That is why Joe Biden’s 20-minute fear-mongering speech a week before a midterm election—a speech in which he could tout zero accomplishments of his own even as he conflated the attack on Paul Pelosi with Donald Trump, January 6, and “election deniers,” all while simultaneously warning this election might take days to decide as they did in 2020—is so concerning.

Biden tried to paint Republicans as extremists while hinting ahead of time that they might question this upcoming election as well. It is a heck of a warning. Is it fair to ask if it is part of their strategy? Did he just tell us their game plan?

“Extreme MAGA Republicans aim to question not only the legitimacy of past elections, but elections being held now and into the future. The extreme MAGA element of the republican party, which is a minority of that party” he said, trying to label and downplay an organic populist movement that terrifies Democrats. “It’s the driving force. It’s trying to succeed where they failed in 2020, to suppress the right of voters and subvert the electoral system itself.”

I want to be on record as saying I want every legal vote to count—preferably conducted in person, with your proof of identification an integral part of the vote.

America used to vote in that manner, in person and with a plan to announce winners on election day. Heading into Tuesday, the Covid-era loosening of absentee voting or mail-in voting still stands to play a role in the 2022 midterms.

Moreover, as happened on election night in 2020, Biden again seemed to hint that delayed, partisan vote counting is all part of the new process. Not knowing by Tuesday night who won should be expected.

“We know that many states don’t start counting those ballots until after the polls close on November 8th. That means in some cases we won’t know the winner of the election for a few days – until a few days after the election,” he warned. “It takes time to count all legitimate ballots in a legal and orderly manner. It’s always been important for citizens in the democracy to be informed and engaged. Now it’s important for a citizen to be patient as well. That’s how this is supposed to work.”

Be patient, he says. “This is how it is supposed to work.” Really?

With all due respect, Mr. President, no it is not. Americans should know their winners on election night.

If people go to bed Tuesday night with recovering stroke victim John Fetterman trailing Dr. Oz in the Pennsylvania Senate race or Lee Zeldin crushing the installed Kathy Hochul for New York Governor, only to wake up to a Democrat “miracle come from behind victory,” there will be more questions Mr. President, not fewer. 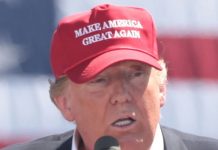 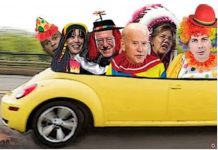