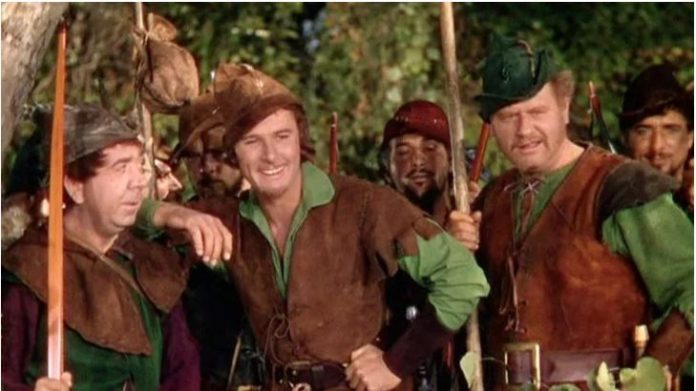 You can call them what you want – the bleeding hearts, the antichrist, the regime, They/Them, the globalists, the demonic chicken-necked pot-bellied goblins, despite being accurate all of these will run off them like water off a raincoat.

Sometimes when you’re living it out on the ground, it can feel like we’re losing. Your area is changing beyond recognition, you see bushland razed to build those awful tissue box “houses”, your flag is openly disrespected by political figures, and they’re trying to teach your kids who-knows-what.

But the good news is that despite the imminence of their bug-eating, green-tech, pod-dwelling Agenda 2030 plans, and despite the lockstep of every major corporation, media, and government that is leading us towards a sort of one-world-government superstructure, their system is in fact getting weaker and weaker every day.

How can we prove this? Take the example of the military, probably the most important example. Anglosphere militaries are going woke (I don’t say Western militaries because Europe has pretty much zero actual armies). The diversity and feminism initiatives aren’t just dissuading young white men from joining the military, they’re also choking every single system within it.

All those feelgood initiatives lower the cohesion and camaraderie in the ranks, encourage insubordination, and can even affect time-critical operations. Imagine a scenario a few years from now, where no white men have joined, and the military is just a bunch of diversity hires that can’t even get logistics to themselves. All the intelligent, strong Westerners around them are going to get smart pretty quick – that’s all I’ll say. This is but one example of how the internal situation is causing the system to erode itself.

Further, this says nothing of the fact that the regime has external competitors which it hasn’t been able to absorb. Russia and China are the big ones, but there’s a whole constellation of smaller countries orbiting them. Russia’s military action in the Ukraine is the sort of thing which is historically normal, while Western leaders are just left blustering with no action behind it.

Ineffectual Western sanctions have only made Russia stronger and more resilient, meanwhile we’re looking at food shortages, inflation, and recession. Those external competitors aren’t going to join the one world government. China has been slowly pushing their luck over the last 20 years, because all they have to do is wait us out (although I maintain that they’ll have a revolution on their hands if there’s no West to sell cheap crap to).

So if you hate the regime, this is all wonderful news; internally it’s falling apart, and externally it’s being toyed with. However, that doesn’t mean we can be complacent. Part of the reason all this is happening is because of internal disruption – if Americans had sat on their thumbs in 2016, likely none of this would be happening, as Trump’s election was an enormous catalyst. Just think of all the butterfly effects that’s had.

Now, I’m not suggesting you pour sand into a politician’s petrol tank, but small, incremental steps every day can make a big difference in the future. It’s like compounding interest in a savings account or shares portfolio. You just do a little bit every time the opportunity comes up. So now, onto the habits you can start to form:

Habit 1: Remember what they are doing and why

What we are seeing from the people who run things is the emergence of a new religion. We’re all used to thinking of religion as an orderly, established set of rules and beliefs, but this one is still growing and spreading so it’s harder to identify.

Some have called it a cult, but honestly we could only be so lucky if that were the case, as so many cults end in mass suicides once things stop going their way. But along with this new religion comes a new political dispensation. We aren’t living in a liberal world anymore – at least not the 20th century idea of one – we are moving towards a post-liberal technocracy, where everything is run by bureaucrats nobody elected and experts with spreadsheets nobody is allowed to see. Some call it neo-feudalism, and that isn’t a bad term at all.

Why are they doing it? “Different groups” have different reasons… Jordan Peterson put it really well, to paraphrase him, they are raging against God for the crime of being. They are really unhappy with the fact that they exist here, now, as they are, and as the world is. They’re trying to correct it.

This correction means turning all of humanity into a featureless brown goo with no authentic identity. The system that tells us we’re all unique individuals also really, really wants us to conform and be mixed up into a big blob with no distinct shared traits. It’s very easy to sell manufactured identities to that kind of group, cosmetic brands would love it.

So therefore, remember what they’re about and why. How does this habit help you? Mainly, it keeps things in focus. In the end, you’re standing against a group that doesn’t even like themselves; they can do some damage for sure, but they don’t have the spines or the courage to finish it.

They’re just acting out of instinctive malice for everything good and pure – “A titanic hatred for the beautiful and well turned-out” as Bronze Age Mindset reads. With your perspective, you can keep a cool head, and you can point out absurdities to other people without fear of seeming like you’re just angry.

Habit 2: Make their lives hard in a million small ways

This can mean all sorts of things, but generally just do the opposite of what you’re supposed to do. Pay with cash, and be insistent on it. Drive a petrol car so long as you can afford it. Miss the bowl when you’re relieving yourself at a big corporation or government owned building.

Don’t use a smart phone. Send complaints to any woke corporation and just accuse them of whatever the microaggression of the month is. Do as little work as possible. Put the vegan “food” somewhere it won’t be found until it’s gone off. Move all the woke history books to the fiction section.

Just like compounding interest, you would be amazed at the effect of this over time. Death by a thousand cuts. Do these things long enough and you’ll start to see tangible changes in the area around you. Everything you do to inconvenience the regime will cause it to react somehow.

Maybe they’ll have to fork out money for a whole new security system. Maybe they’ll stop stocking Beyond Meat. The key here is don’t do anything illegal or obvious. Just be a nuisance with plausible deniability. Every little bit counts.

Habit 3: Laugh easily and have others join in

One thing that samizdat (illegal media) in the USSR always did was poke fun at the Communist regime. Despite the terror, people were able to laugh at the ridiculous pomp of their rulers. Our society isn’t quite as brutal, so we can laugh a bit more openly than people under Soviet rule could.

Only a little bit though, because you can still be canceled (and, increasingly, convicted) for thought crimes. If you have to do it anonymously then find a platform that lets you reach normal people and start leaving witty invective in the comments sections. If you have the means, vandalising regime messaging in the real world can also work – it can be as simple as drawing stupid faces on advertisements.

Fake earnestness and parrot liberal talking points; if someone challenges you, just double down on it. Australia is lucky in this way, since we have the larrikin cultural stereotype on our side. We also have the Robin Hood stereotype on our side, best personified by the bushrangers of legend, and never forget that Hood’s band were his Merry Men. They got up to a lot of mischief.

It may not seem like much, but laughter is one of the most powerful things you can summon to defang our overlords. It also helps you not to get stressed about it all. It’s a serious situation, everyone knows what’s at stake, but having all that on your shoulders all the time will make you miserable. Just because you can laugh at it, that doesn’t mean you don’t take it seriously. If the world is a clown, why not have some fun?

And by the way, I’m definitely going to start referring to the regime as They/Them from now on. It really highlights the ominous horror movie vibe they give off.

This article first appeared in mikerusade.substack.com 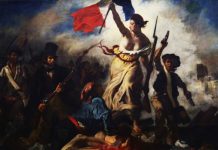 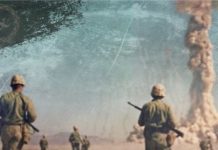