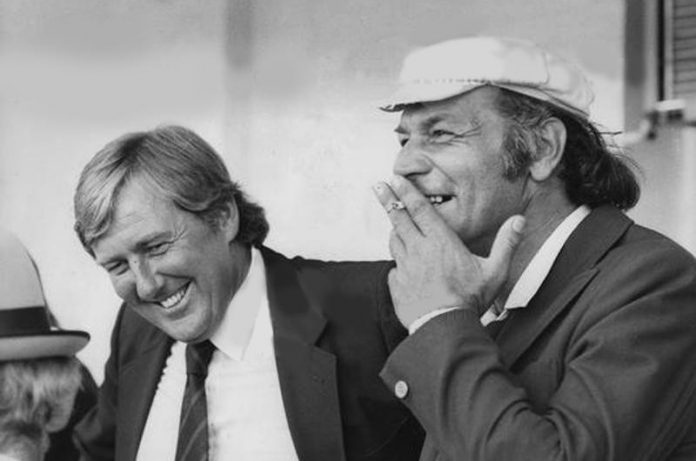 They didn't see a lot of each other over recent years, but Singo and Larry had a  lifelong bond…two peas in a pod. Whenever they got together mischief, fun and trouble followed.

"I don't fear death," Larry would tell me. "The only thing I fear is being bored."

Larry wrote a book of his life which turned up in my inbox about ten years ago.

I hadn't heard from him since he left cartooning to pursue his new ventures in tomatoes and race horse training.

Out of the blue one day I got this random email.

That was it. Short and sweet.

I had no idea who the random 'Larry' was, and was a bit undecided whether to open the attachment. It could have come from 'Larry the Nigerian hacker' for all I knew. I checked the email domain. Hmmm… it was a gmail account, but it was a word doc. and curiosity got the better of me, so I decided to take a risk.

Attached were hundreds of pages of stories that Larry Pickering had jotted down over the years, from his earliest memory, then right throughout his extraordinary life, infused with his philosophies and theories, all neatly reasoned.

The stories themselves are rough, raw, funny, while others were sad and sobering.

I spent the next few days, soaking up the pages. Typically there was a lot of colourful language and waaaay too many 'fucks' which didn't add anything to the stories, in fact they detracted from what was otherwise a terrific read, and I'm no fucking prude.

It's the story of a shy, Aussie kid who got bullied at Lloyd Street State School in Melbourne, by teachers and the other kids, a loner with a curious mind and sense of justice, who had no choice but to fight the other kids who routinely stole his lunch of tomato and onion sandwiches, led by the school bully, 'Titch'.

One day the young Lawrence Pickering had had enough. Faced with another day without lunch he fired up with anger and adrenaline, stood up to Titch and knocked him to the ground. Shocked and awed at the demise of their leader, Lawrence became the new leader, who then organised and ran a union of fellow students set on revenge on bully teachers.

He couldn't cop the religion being rammed into his life by his strict Christadelphian mother so that got him kicked out of home at 14. Needing shelter and protection from the cold Melbourne winter, he lived in a phone booth, pinching eggs from backyard chook pens to survive. He eventually found work on the Sth Melbourne Goods Yard (lied about his age) where he was ambushed and raped in the showers after work by a pack of animals (you can't call 'em humans), discarding the young Pickering and leaving him for dead. This formed his fear and dislike of gays until the day he died. I never judged him for his homophobic views because I'd never been through what he had.

The book's a gripping yarn, and I always felt it would be a best seller if he could only clean up the pointless 'f' words.

I finished the 'book' and emailed him back.

'Great read, mate. Shame about all the 'fucks'. It's sure to be a best seller…if you could clean up the fucks a bit. Paul'

'Crumbs, chief,' Larry replied. 'If I remove all the fucks, it'll be a pretty short read.'

There are whole chapters devoted to Singo…horse racing, flying, punting…at a time when Larry was truly free. He'd given up the grind of daily cartoons (which he grew to resent as it chained him to a desk) and was now able to have the fun that had eluded him as a kid.

And who better to get into strife with than Singo? 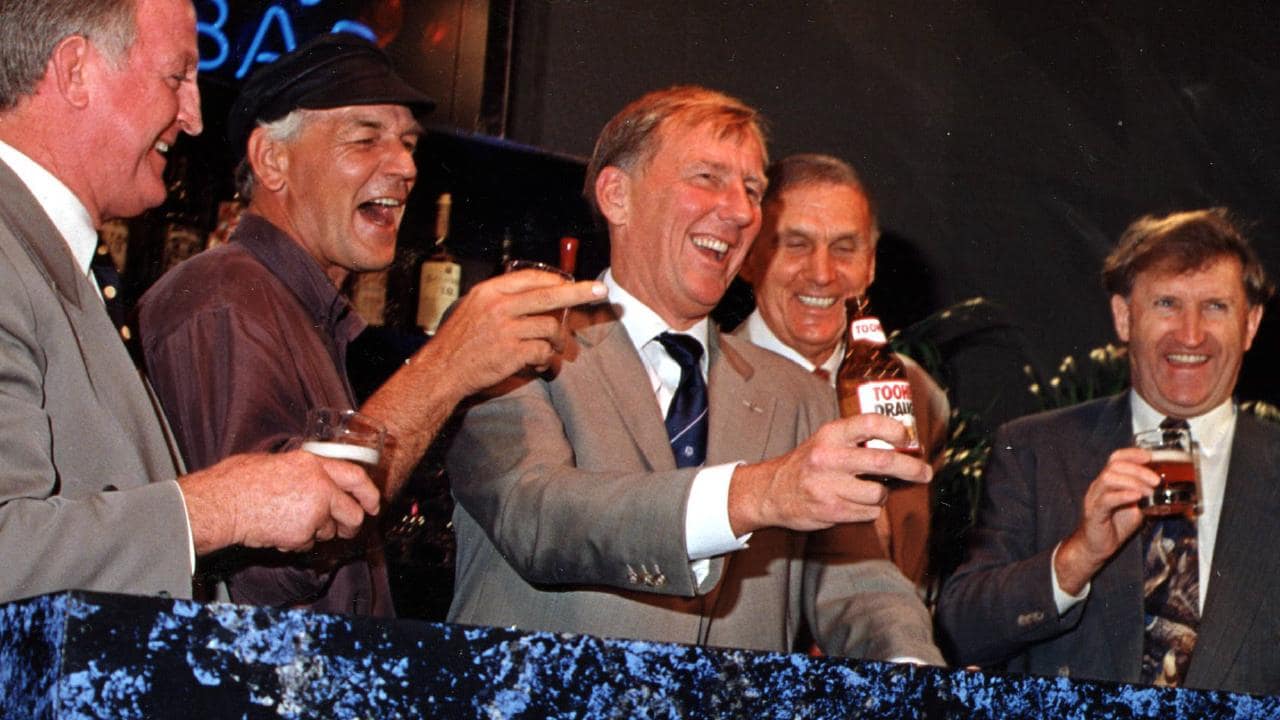 Larry always needed playmates, and with Singo in Sydney and me on the Gold Coast, the past decade or so I sorta filled a void for him. I really didn't pursue the friendship that much. It just kinda grew naturally. Larry had me install a chat box on my computer. Day and night he'd 'ping' me about all sorts of stuff…stories, jokes, ideas, opinions, family stuff….and suggestions of what we orta get up to on the weekend. .

In the following years, Larry mellowed a lot, and he loved to talk. If we went out with the intent to get into trouble – and Larry was always looking for it, we mostly ended up in a corner somewhere or at his joint or my place, drinking South African reds until the wee hours. The Singo stories occasionally came up including a few that never made it into the book. My favourite one is about Kerry Packer's desk. But that one will never be retold.

Here's a short excerpt from Larry's book followed by Singo's eulogy for his mate, delivered last week at Larry's service.

Singo and I had this competition.

The idea was to punch your fist through a gyprock wall without tapping to see where the studs were.

If you hit the stud, you broke your hand.

We were legless in a restaurant night club on Isle of Capri and had both gone for a piss.

The wall above the urinal was gyprock.

I picked a point and gave the wall an almighty bash… straight through two walls up to my armpit (we were really pissed).

Two bouncers walked into the toilet and accused us of wrecking the joint.

“Not us mate, that hole in the wall was already there”, I said… with plaster from my right arm falling all over the floor.

We both got escorted out by the scruffs of our necks, noting as we went past, on the other side of the wall, two people at a dinner table busily picking huge chunks of gyprock from their lasagna.

Due to time constraints, an edited version of this eulogy was delivered at Larry's funeral. This is the unedited video, courtesy Singo.

ALLAH HELPS THOSE WHO HELP THEMSELVES