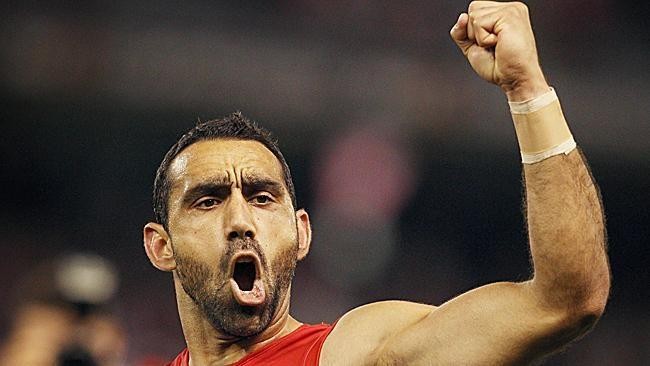 SWANS legend Adam Goodes has decided retiring is the best way to beat the boos.

Announcing his retirement Goodes was immediately greeted with rapturous cheers. “You bloody beeeeauty!’ cheered one ebullient member of the crowd.

“About time. I can’t believe it,” sobbed another.

Goodes has been subjected to continued booing at games after turning on a crowd of Carlton supporters with a war dance complete with a fake spear throw during a game.

Angry fans retaliated by booing, which has become a hallmark of Goodes’ games since.

“I got fed up with all the booing so I figured the best way to beat it was to think of a way to make the crowd cheer me,” explained a grinning Goodes after his last game.

“Can you just hear that roar? I’ve never heard the crowd happier. I should have announced my retirement weeks ago.”

The retiring footy legend is expected to be applying for a position in the Australian Commonwealth Games team as a fake javelin thrower.

CLEMENTINE FORD IS LITERALLY A MUTANT WITCH (and we think there...