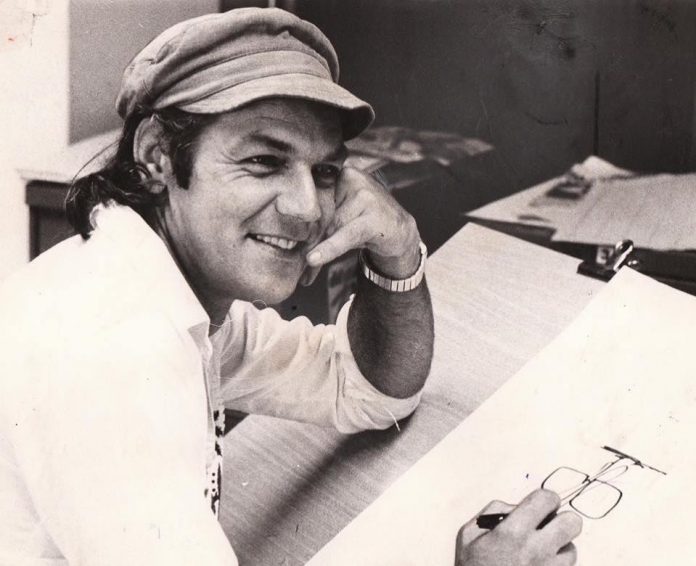 Our mate, Larry Pickering remained stoic and cheeky to the end. His indomitable, larrikin spirit never left him. Just last week when the doc told his wife, Carol, to let Larry have anything he wanted, he lit up with that irrepressibly irreverent grin.

"Really? Anything? Can I have two sheilas, love?"

Larry defiantly treated the cancer travelling through his body as a bloody nuisance, dismissing the unwanted intrusion as ‘bullshit’.

It was his positive mindset that carried Larry through his fascinating, adventure-packed life – ensuring he played golf right up to the past few weeks; two years after the medical experts told him he had only months to live.

Just a month ago Larry moved to a golf resort to play more golf. A week later he complained to Carol he wasn't well. Last night he passed away peacefully surrounded by the family he adored. I spent time with Larry last week at his new home. His biggest complaint was that Foxtel hadn’t yet been hooked up. He was in obvious pain, but Larry was always “Good as gold, mate.”

Larry still had too much to do, valiantly looking the reaper squarely in the eye (“I don’t fear death, mate. My biggest fear is being bored”). He had a deep love of his  family and cherished his community of followers on this blog

Larry didn't often engage in the blog comments, believing this was a place for those who had nowhere else to go to express their frustrations and opinions. Larry marvelled at what the blog had become – laughing and quoting the funniest and most outrageous PPers on our regular nights sipping his favourite South African reds and ‘talking shit’.

Between family, golf, news, politics and the PP, Larry lived a rich life.

Personally, I’ve lost a close friend and confidant. Larry had the most influence on my own life than anyone. We had a mateship that can’t ever be replaced. He was loyal, generous, entertaining and simply brilliant.

I understand his PPers have also lost a friend. His memory will live on in his legacy of work and this blog.

Larry’s wish was that The Pickering Post remain a voice for the people who had nowhere to go – an online community. In a time when other platforms are censoring and shadow-banning opinions, Larry’s blog has become more important than ever.

I don’t know of any blog anywhere in the world that generates thousands of comments per blog post. It’s truly a phenomena.

Will share a few memories over the coming days…Larry’s spirit and legacy will endure. 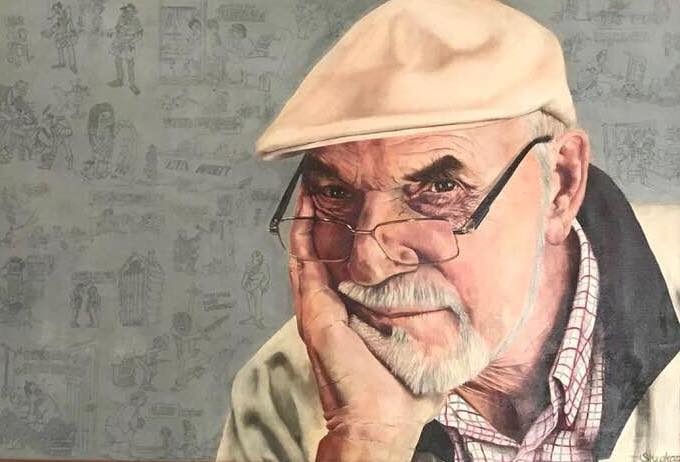 Portrait of Larry by his daughter, Penny.