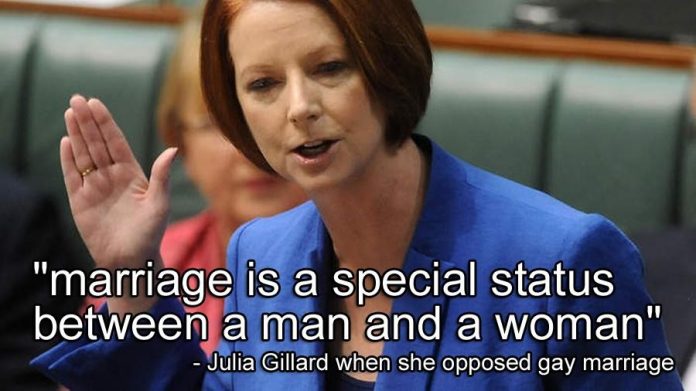 Personally I'm agnostic on same sex marriage. I understand the arguments on both sides. On the basis of fairness I believe everyone should enjoy equal rights, so I can only support same sex marriage. But the issue of marriage is a little more complex – and deeply personal.

My traditional view of marriage has always been a union between a man and a woman as an institution to produce and raise children (with exceptions, as every rule has them). But on balance, equality is the overriding argument. As I enjoy a wonderful marriage of 23 years, I can't deny that right to anyone else in a country as free and tolerant as Australia.

You don't choose to be gay or lesbian. Nobody would choose a life of personal anguish, wondering why they are not having 'normal' feelings towards the opposite sex. I have a friend who is transgender who went through a world of hell, rejected by his, now her, own parents because he felt she was really a woman. The greatest pain of all is to be disowned by your own parents.

What I can't accept is the hatred, vilification and personal low ground this very deeply felt issue has degenerated into, largely by the left and supporters of same sex marriage.

But going by the responses I've seen, heard and read you would think he has ordered the mass round up of homosexuals and ordered they be sent to the gallows. What he has in fact done is to take the issue to the people in the form of a plebiscite.

You can't get more democratic or fairer than that.

Which reminds me of our two former Labor PMs, both who abandoned their 'progressive' voter base and voted against same sex marriage just a couple of years or so ago.

Yes, both Julia Gillard and Kevin Rudd sat with the 'No' voters in the parliament when they had the chance to exercise their conscience vote on the issue.

The worst description of Gillard and Rudd at the time from the progressives – their voter base – was 'disappointed'.

The descriptions of Abbott, for taking the issue to the people, is largely unprintable.

As for Penny Wong and Tanya Plibersek and their 'fight for love' tweets and public pronouncements the past 24 hours, where were they hiding for the six years when in government, and in a position to do something?

The sanctimonious hypocrisy never ceases to astound me.

BODY POSITIVITY IS A GRAVE MISTAKE

A FOX IN THE DOGHOUSE