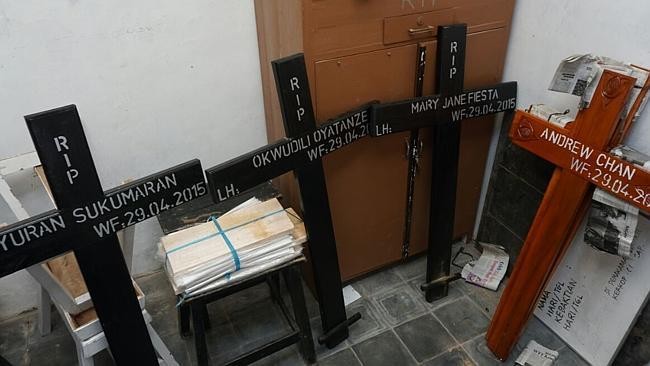 I'm going to cop a blast for this, but I struggle to find much sympathy for the Bali Nine ringleaders.

First up, I'm opposed to the death penalty, but there are convincing arguments in extreme cases – for terrorists and child abusers, both who inflict horrible, unforgivable crimes against innocents.

Do drug dealers fit into this category? It's borderline for me.

Drugs are a scourge on our society. But both parties make the choice to buy and sell drugs. Please don't tell me that drug abusers don't have a choice. Unless they have a gun placed at their head when they first use a drug, they had a choice.

Drug abuse is not a victimless crime. The victims are the families. Those victims are a direct result of the decisions of the thrill-seeking junkie – and the profiteering dealer.

Myuran Sukumaran and Andrew Chan knew exactly what they were doing – trading in pain, misery and death for profit.

They knew the cost, they knew the penalty if caught. The signs are everywhere when you enter Bali.

Sukumaran and Chan weren't naive novices, they were hardened career drug traffickers, seeking rich reward for high risk. They threw the dice, over and over, until one day the odds went against them.

They made choices, knowing the consequences.

The argument that they've rehabilitated in gaol, is a worthy one that should have some bearing on their fate, but who wouldn't change, while locked up, with the grim reaper knocking at the door?

Chances are if they hadn't been caught they would have continued to ply their nasty trade in misery and death.

Indonesia carries the death penalty for drug trafficking. That was known to the Bali Nine. It may not be our penalty in Australia, but they were in Bali when caught (yes, I know the AFP role).

So the outcome isn't surprising, their fate sealed.

A fate of their own making.