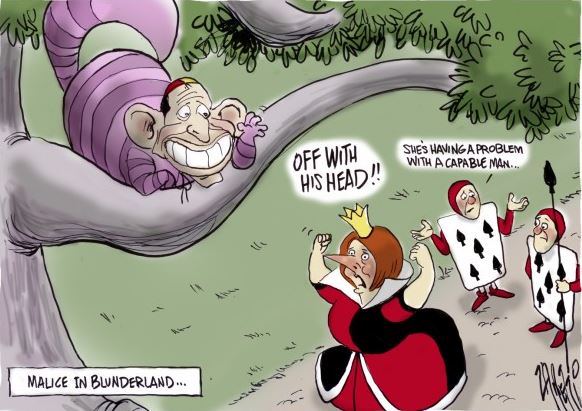 When you can’t find anything to fault in a person, you go low and reach for the non-existent misogyny card, the sexist card, the race card (or more recently, the skin colour card).

Just as Julia Gillard did to Tony Abbott.

What strikes me as double standards with people like Julia Gillard, is they demand to be treated equally to men.

Yet, when they are shown to have a flawed history, dubious judgement and double standards, they immediately pull out their gender as a defence, criticising anyone who dares point out their failures with the lazy, dishonest, “Sexist! Misogynist!”.

It seems these women who want to be treated equally to men only want the benefits of being equal to men, without the scrutiny that comes with the territory.

The first person Julia Gillard ever publicly called a ‘misogynist’ was my late mate, Larry Pickering, who helped expose Gillard’s corrupt AWU union background with her then AWU boyfriend, Bruce Wilson, when, as a lawyer with law firm Slater and Gordon she helped set up the legal entities (without opening a file – funny that) to funnel union funds to dubious slush accounts from which she benefited. Love (or lust) can cloud judgement. With Gillard, cloudy judgement was and remains her default position.

Larry was leaked info about the AWU affair by insiders like Ralph Blewitt (one third of the Gillard, Wilson, Blewitt trio at the centre of the scam), former AWU union official Bob ‘Kerno’ Kernohan, reporter, Glenn Milne and broadcaster, Michael Smith, among others.

The explosive history of a sitting PM prompted Larry to write a blog series exposing the PM’s historical corrupt conduct on his then website, The Pickering Post.

What peaked Larry’s interest was when journalist Glenn Milne first wrote a story for The Sunday Telegraph hinting at Gillard’s background when she was a mere Minister, then later for The Australian, when she was PM, with more substantive detail, which was removed after Gillard called then News Ltd CEO, John Hartigan, and threatened legal action if the story was not removed from the publication’s website. The article was subsequently removed and Milne was dropped from the newspaper. (Hartigan ought to have stood by Milne, not throw him under the bus when bullied by a…’woman’. He could have stared her down and invited the legal case, which would have blown the affair wide open. Gillard would have retreated. Chief witness and participant Ralph Blewitt is the only one of the trio to have admitted what they were up to – and he has the goods).

Broadcaster, Michael Smith, received a statutory declaration from Kernohan, outlining Gillard’s involvement in setting up the AWU Workplace Reform Association slush fund’ (Gillard’s words), and claimed she was a beneficiary of funds.

When word got to Gillard the Smith-Kernohan interview was to be aired on Sydney radio station 2UE, Gillard called station management, ballistic with threats.

Smith was given orders to not air the interview.

Based on ‘editorial differences’, Smith was forced to leave the station.

Larry asked me at the time, “Why would someone go to so much trouble to hide something if they’ve got nothing to hide?”

He posted an article on Facebook, titled ‘Gillard in deeper shit than (Craig) Thomson’.

Pleased with herself, she later used the same label on Tony Abbott in a speech that she seems to be quite proud of, but in fact underscores her own deceit and double standards.

Abbott had the temerity to point out Gillard’s two faces when she partnered with ex-Liberal speaker, Peter Slipper, a true misogynist who texted to then staffer, James Ashby, that women’s private parts, ”….look like mussell (sic) removed from its shell. Look at a bottle of mussel meat. Salty C..ts in brine.”

This was apparently acceptable to Gillard, who after learning of Slipper’s text, decided Slipper was a perfectly suitable political partner for her, as it benefited her numbers in the parliament.

Abbott correctly questioned Gillard’s integrity and so was howled down as a ‘sexist, misogynist’ by Gillard the hypocrite.

This week, lazy and vacuous British TV anchor, Kay Burley, and an assortment of equally shallow and mentally vacant British female MPs fell into line with Gillard’s self-serving slurs with parrot-like repetitions, not bothering to do their own research into the corrupt and dishonest background of their very flawed latter-day Julia of Arc.

And that’s how it works in today’s fake news and political double standards.

A family man with strong values and morals, a volunteer fire fighter, a life saver, selfless charitable worker, whose life is filled with intelligent women, a husband, a father to three daughters – and who, as PM, chose one of Australia’s smartest political operators, Peta Credlin, a woman, as his Chief-Of-Staff, based not on her gender (as his opponents do), but because she was best qualified.

Credlin and Abbott’s own sister, Christine Forster, an outspoken lesbian, both know Abbott better than the vacuous, shallow elitist British TV anchor, Kay Burley, have felt compelled to defend Abbott against the defamatory slurs based solely on the self-serving name-calling of a corrupt, failed former PM.

Here’s what Peta Credlin says of the Tony Abbott she knows by actually working with him. 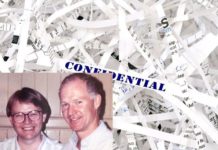 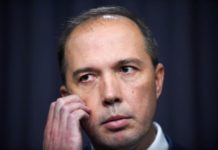 GET WELL SOON PETER – AND TAKE YOUR HAND OFF IT

PORKIE PIES AND MAGIC PUDDINGS THE TOP TUCKER IN QLD