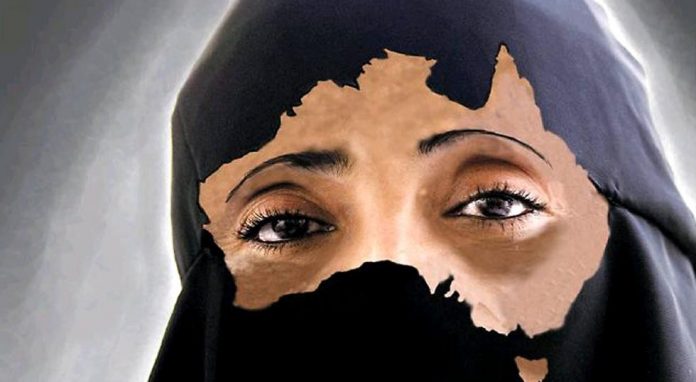 If we're going to have a debate about banning the burqa, a little honesty wouldn't go astray.

A few days ago, a misleading article in the Sydney Morning Herald stated the burqa is a religious requirement. With that false proposition the reporter promptly marched off to a couple of constitutional lawyers seeking advice that a ban on the burqua would be 'unconstitutional' on 'religious grounds'.

Never let the facts get in the way of an agenda.

The burqa isn't a religious requirement, it's a cultural choice.

Nowhere in any Islamic teachings or instructions is the word 'burqa' nor is there a requirement for women to cover their face. The closest you'll find is that men and women 'dress modestly'. That's open to interpretation.

The burqa is the full body covering, head to toe. That means the eyes, too, with a mesh for seeing.

The niqab is a cloth facial covering, with only the eyes visible (which is often misunderstood to be a burqa).

The hijab is a modest veil that covers (around) the head and chest. It doesn't cover the face,

But for this argument, we'll consider the current burqa ban to include both the niqab and burqa, neither of which is required by the Islamic faith.

The burqa's true origin is cultural. It stems from the Bedouin desert tribes and was used to protect them from the harsh desert sun and sandstorms. ('Bedouin' derives from the Arabic word 'Bedu' – 'the desert dwellers')

So, as far as the Constitution goes, there's no legal impediment to banning the burqa. And  there's a reasonable argument for its banning on security grounds.

These days CCTV is a vital part of security and identifying those suspected of criminal activity. Just yesterday we saw the example of a couple of brothers caught on CCTV after bashing a football fan who stepped in to defend a woman.

The only way they were caught was security vision. They were immediately identified, posted on various websites, shared on facebook. Within 2 hours of the first web posting, they walked into a police station and handed themselves in

If it's not permissible to wear a balaclava, helmet or other facial coverings into a bank, or government building then all full-face coverings must apply. That includes a burqa or niqab. Racial or religious arguments are farcical and are easily dismissed.

Many non-Beduoins wear burqas. In fact most burqa wearers are not Bedouin.

Many Bedouins are not Muslim, and many Muslims are not Bedouins.

Women who choose to wear a burqa or niqab do it by choice. That's not enough to claim discrimination if asked to remove it, or not enough for any protection under any Constitutional law.

In these times, it's reasonable for the Government to make the right laws on grounds of security .

One rule for all.

Will Better Batteries save Solar Energy?