The Australian news industry has spectacularly shot itself in the foot.

As I previously predicted, Facebook has removed Australian news links from its feed.

The withering news publishers have created free accounts on Facebook (as anyone can), then post dozens of news links on Facebook to their websites, in other words using Facebook as a source of free traffic to their news sites where they charge subscription and earn from ad clicks.

For this free traffic source the news publishers have demanded Facebook (and Google) pay them.

Remove all news links to the news publishers’ websites.

The news publishers have no leverage over Facebook or Google.

They are in no position to be making demands from Facebook or Google.

The issue here (as I’ve said several times) is not Facebook or Google publishing news (they don’t, they allow links to news stories), the issue is advertising dollars – that great, big elephant in the room.

While Google and Facebook have created easy to use, self-generated, laser targeted advertising where advertisers can micro target a potential customer right down to location and specific user interest (based on searches, sites visited and even what key words are picked up discussions by phones), the news publisher dinosaurs are living by an antiquated, largely, irrelevant, expensive advertising model which once worked when they had a monopoly on eyeballs, but died about 20 years ago with the advent of Google and Facebook.

Subsequently, all the ad dollar rivers of gold have redirected from the dinosaur publishers to the nimble Tech Giants.

The solution for news publishers is to hire more developers to create user friendly Ad Tech.

Whether that’s too late, remains to be seen.

Instead, the news publishers have run to teacher (the government) crying that the big kids have stolen their lunch , after voluntarily handing their lunch over to the big kids.

I never thought I would see the likes of Rupert Murdoch go from global capitalist to corporate socialist.

PS. I have no time for Zuckerberg, the ideas thief, who has never come up with an original idea in his life, just stolen or bought other peoples’ ideas, and I’ve always admired the story of Murdoch, the Aussie Battler who went from a small, unprofitable Adelaide single newspaper to a global media empire. But times have changed, the world has moved on.

RIP Australian news publishers. This time you pulled the trigger on the gun pointed at your own heads, instead of focusing on how to better serve your advertisers. 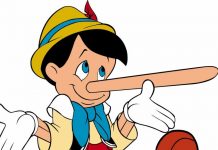 UNDER PRESS URE: MSM MORE POPULAR THAN TOOTHACHE (BUT ONLY JUST)