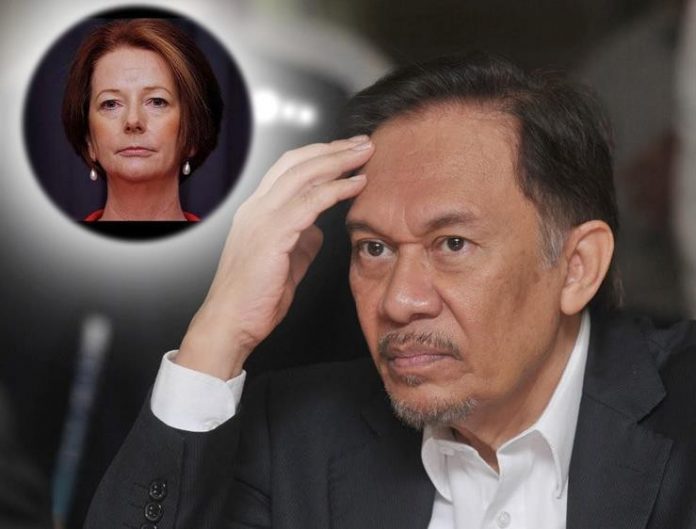 Today Malaysia faces an important election; a poll that has unreported consequences (by our media) for the Gillard government.

For the first time in 56 years since independence, Malaysia faces the very real possibility of a change in the only government it's known, the same government that struck the farcical Malaysia (non) solution for a people swap with the illegal boat entrants to Australia.

Nine months ago I wrote:

'The Malaysian Prime Minister in waiting, Anwar Ibrahim (opposition leader who is widely tipped to be leader of the government in the new year, possibly sooner) has gone on the record as saying he opposes Gillard's Malaysian people swap deal.

His position is the Australian Government could not expect Malaysia under his rule to support a program that runs contrary to the whole principle of the rule of law and constitutional rights of the sea. Further, he added the Malaysian parliament was not consulted about the deal. Ibrahim's anticipated win at the next Malaysian election will be another major thorn in Gillard's ample side, already littered with self-inflicted bruises and scars.'Ibrahim is likely to tear up the Gillard 'Malaysia (non) Solution'.

How is she going to go to the September election blaming Tony Abbott for that one?