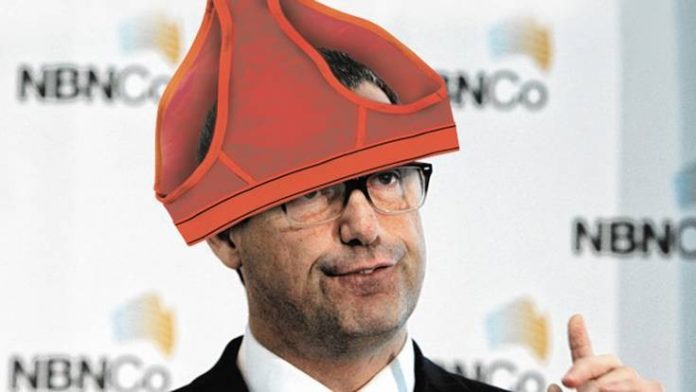 The Coalition plan does offer 100mbps speed on a user pays basis (end of 2016) while Conroy's plan is to roll out high-cost fibre to 93% of homes and hope for the best.

So far the Conroy NBN take-up rate is just 25% – due to the cost, at around $90/month. Most Australians just can't a justify it, so are sticking to their current $40/month (or less) plans, which suits them. Why pay for a Ferrari you don't need if a Commodore does the job just fine?

While mocking Turnbull's model, for being initially 75mbps slower than his, Conroy's 100mbps unfinished NBN has already been superseded by the latest Japanese technology, offering 2gbps.

Already, Conroy's NBN is 1900mbps slower than what's currently available. (That was always one of Turnbull's arguments.) By the time Conroy's roll-out of fibre is complete it will be old technology and Australia will be left behind the rest of the world. That's now happening.

The Japanese Nuro, as it is called, is fibre to the node and is currently offering free installation for those that apply online. The upload speed is 1Gbps.

To add insult to injury for our Communications Minister – and us – the Japanese user is paying just $50/month. Our government want to hit us $90/month for a service that’s 1900mbps slower.

Those red undies do seem to be a natural fit, Stephen Conroy.