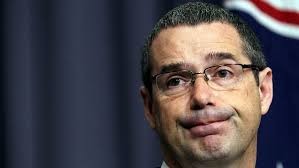 Since yesterday, the Fairfax online news has been leading with various headline versions of, "Experts Agree: Liberal NBN plan a 'lemon'".

The articles go on to then quote one (yep, only one) ex-Telstra employee who described the Turnbull plan as a 'lemon' and a 'nonsense'. Not more than one expert, but just one, quoted as saying that.

The article would be fairer, and more accurate, to simply admit we found a mate of a mate, who's a lefty, to slag the Liberal NBN plan.

The article failed to give some history, scrutiny and accountability behind the NBN. Just broad-brush political statements, straight out of the 'Conroy Handbook For Media Approved Information', with no detail.

The initial 2007 Conroy plan was to deliver just 12 megabytes per second (mbps), for around $5 billion, fibre to the node, with no detail.

Realising it couldn't be justified in terms of speed or return, Conroy updated in 2009 to fibre to the home, 100mbps and nearer to $40 billion, with no cost benefit analysis and no due diligence.

It's now behind schedule, budget overblown to almost double, screw-ups causing a doubling-up of work, appalling take-up rate, being unaffordable for most residents.

Who really needs super-fast broadband with the ability to deliver 'medical files in minutes' (proudly boasted by Conroy), if you aren't a hospital? If that's his justification, then hook the hospitals up to super fast broadband, and connect the rest of the country up to the speeds that suffice for their domestic needs.

Why supply everyone with a Ferrari if most people live in a 60 kmh residential speed zone, when most only need a Commodore, or a Toyota?

Conroy is looking for a legacy. That's why.

But we, and our kids, will be paying off the Conroy Custom Ferrari for decades. By the time Conroy's custom Ferrari is built, it will be superseded by a wireless flying spaceship.

Turnbull's plan uses existing networks, which has proven to be excellent, more-than-enough speed in the UK, the US and other OECD countries, with which we trade, compete and compare to.

There's far more detail in the Turnbull plan which delivers more flexibility, more options, more savings and more practical savings to the average user. The consumer chooses the plan they want or need, not the one forced upon them by the Government.

Conroy's plan is secretive, sparse in detail, lacking independent auditing, expensive, over budget, behind time and superfluous for most, and let's not forget, devised on the back of an air sick bag on a plane with Rudd.

Turnbull's plan is designed to benefit firstly those who do not have adequate internet. It's a plan that is designed for the market.

Conroy's is designed for Conroy's ego. And if his ego gets any bigger they'll have to customise a pair of red undies to sit on his head while he's driving his antiquated custom red Ferrari.