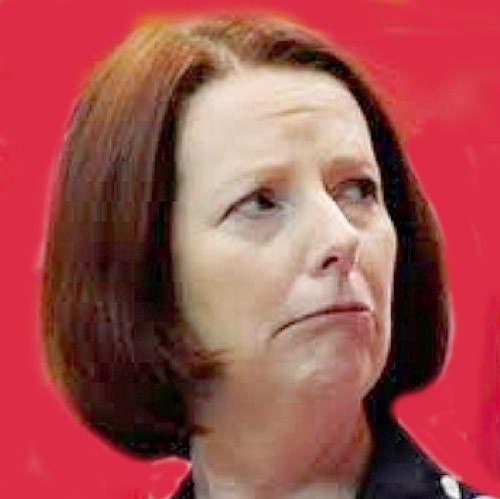 Today's 'The Australian' provides the 'smoking gun' that Julia Gillard has challenged existed, claiming there is no evidence she wrote to the WA Commissioner for Corporate Affairs to establish the now infamous fraudulent 'slush fund'. Ms Gillard's official reply last night when presented with the evidence, she (again) can't recall that she misled the WA Corporate Affairs Commissioner.

Choosing Gillard as PM over Rudd was always going to be a risky bet. Her roots to corrupt unions and unionists was known, but the culture of corruption, fraud and ripping off workers is so embedded and has been practice for so long that the Gillard choice seemed a perfect fit. To entrench a union lawyer in the top job was meant to firewall the union hacks and heavies and their corrupt culture from any scrutiny or legal threats. Instead, Gillard's past has become a lightning rod of corruption. Gee, the non-union factionless Rudd seems like a very safe bet in hindsight. A much safer bet than Gillard.

That will include the Queensland CFMEU & The BLF (only registered in Qld) where serious questions are being asked about missing millions of members funds.