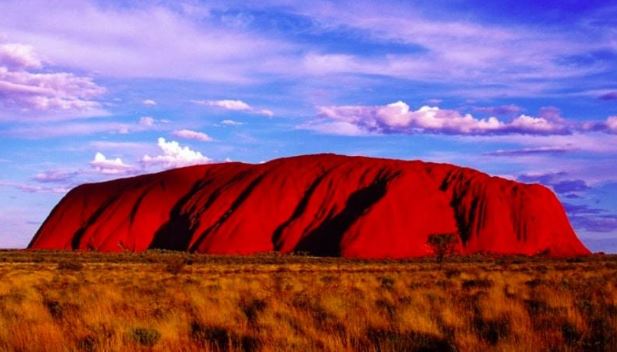 This will be of real interest to readers. The past few days, there’s been a false narrative running on the Uluru climb ban. Many are surmising the decision was made by local aboriginals on spiritual or cultural grounds.

I did a bit of checking yesterday and found the only real source – Erwin Chlanda, Editor of The Alice Springs News, is the only person who has bothered to investigate since the ban was first announced a couple of years, due to the immediate interest to his readers (local tourism impact etc.)

As a young reporter in 1974, Chlanda interviewed the oldest custodian of the rock, Paddy Uluru – who told him if tourists  were stupid enough to climb the rock, they were welcome to do so. Mr. Uluru went on to say climbing the rock had ‘no cultural interest’.

So when the rock climb ban was announced, Chlanda got curious and decided to search for answers – who made the decision and why?

Turns out the decision was made by Parks Australia (a Federal agency) on financial grounds.

The strain on staff and budget of rescuing injured rock climbers was weighed up, and so the decision was made to stop the rock climbs from October 2019.

Simple as that. Everyone’s going nuts and barking up the wrong tree.

The climb ban decision had nothing to do with culture, spirits, religion or anything other than money – This has more to do with Insurance liability than anything else – i.e. lawyers.

End of the day, it always does.

This would be a good read for readers to clear the muddied waters and help to get the facts straight instead of false assumptions.

Here’s one of Erwin’s many articles on the rock climb ban, amongst others he’s written.

Summary of the article is here, with a link at the end:

The Rock: To climb or not to climb

I had the opportunity of speaking with Paddy Uluru early in my work in Central Australia (I arrived in December 1974).

Mr Uluru was the undisputed custodian of The Rock at that time.

We spoke face to face at the base of the monolith, and he was happy to be photographed with the Rock in the background. (Restrictions on photography of The Rock has since developed into a nasty, bitter and divisive issue. Apart from anything else the rules are stifling millions of dollars’ worth of free publicity of this tourist attraction.)

Mr Uluru told me if tourists are stupid enough to climb the Rock, they’re welcome to it.

For him there was nothing of practical value up there such as water, game nor edible plants.

He made it clear that knowledge of certain elements of the Rock’s dreaming must remain secret, to be known only by a strictly defined circle of people.

That knowledge would be passed on to outsiders at the pain of serious punishment and perhaps death.

But the physical act of climbing was of no cultural interest, Mr Uluru told me.

Maybe then, this is what the “don’t climb” campaign is all about (also quoting from the management plan): “Considerable resources are dedicated to managing the climb and to related health and safety issues.

“Each time an incident occurs several staff and emergency personnel are involved and helicopters are often utilised.

“Search and rescue operations in the park often require those involved to undertake some level of personal risk.”

Translation: It’s all too hard?

THE DEVIL WENT DOWN TO GEORGIA – HE WAS LOOKING FOR...