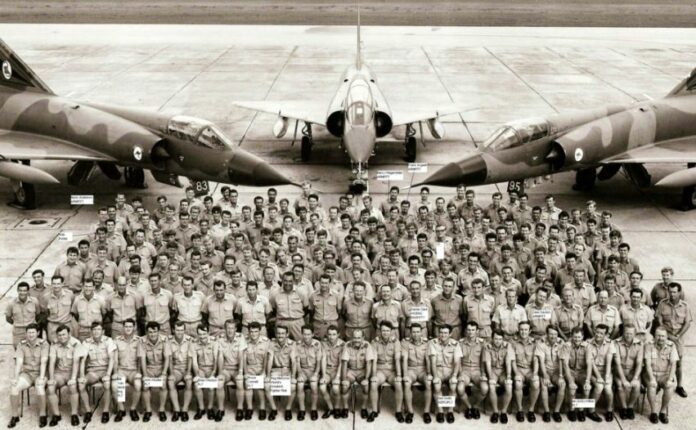 If you asked any soldier, sailor or airman who is even remotely involved in warfighting if they thought about the “administrative tail” of their efforts, most wouldn’t give it a second thought.

In my day, it took something like 100 people to put one combat soldier in the field and support them.  So, the warfighter had a long administrative and logistic tail.

Be under no illusion.  In Australia, our military is second to none when it comes to the troops in the field and those who support them…… until it gets to the civilians who populate our Department of Defence, Department of Veteran’s Affairs and the Australian Public Service in general.

That’s when the wheels well and truly fall off.  And the further away from the fighting you go, the more ready the players are to lie, obfuscate and avoid their moral responsibility.

Case in point – in 1968 the Second Malayan Emergency (sometimes called the Counter-Insurgency War) kicked off in Malaysia.

The first Emergency had ended in 1960, but the Communist Terrorists were not done attempting to wrest power from the government from their bases in Southern Thailand and sprinkled amongst Malay society.

We had a huge airbase at Butterworth with the majority of Australia’s fighter aircraft stationed there and it needed to be protected.  This was a strategic base to combat communist aggression in keeping with the domino theory.

The strapped Malays couldn’t afford the troops to do that.  They were too busy fighting the insurgency.  So, Australia started rotating troops from Singapore until they were returned to Australia.

After that – from 1970 – Australia started sending troops on rotation direct from Australia.  Mostly Infantry and armed for war.  In fact, they were put through all the pre-deployment training and preparation as if they were going to Vietnam.  Why?  Because the deployment met the criteria for warlike service.

But there was a problem.  Firstly, the Malays were sensitive in their newly-independent condition of having foreign military within their borders and fighting their war for them.  Add to that, the election campaign of Gough Whitlam who wanted to change our military posture from “forward defence” to “fortress Australia”.

In other words, he wanted to bring all the troops home to where it was cheaper so he could strip the military to fund his social welfare programs.

After he was elected, Gough was appraised of the obligations to protect Butterworth and to contribute to the Five Power Defence Agreement that replaced the South East Asian Treaty Organisation (SEATO).

What to do?  If it were known that combat troops were being deployed to Butterworth, it would appear that he had broken an election promise.  The solution was to portray the deployment as “training” and thus the deception was born.

If one were to deal only in raw data and other facts, the deployments to Butterworth were commitments to war service.

The host country was experiencing an insurgency, the Australian assets had to be protected and the host country didn’t have the resources to protect them.

Into that breach steps the Australian Army, ready as ever to do the heavy lifting and to be the instrument of Australia’s foreign policy, including their foreign policy stuff-ups.

Let’s step aside at this point and consider the RAAF commitment to Ubon in Thailand.  Thailand was at peace, but it had an airbase occupied by foreign military within its borders.

The Vietnam war was raging and Ubon played a part in it, just as Butterworth did.  Ubon had RAAF Airfield Defence Guards (ADGs) protecting the airbase, just as the Army did at Butterworth.

But herein lies the rub – the ADGs at Ubon were recognised as being on war service whereas the troops protecting the air base at Butterworth were not.

From 1970 – 1989 when the peace treaty between the government of Malaysia and the Communist terrorists was signed, Malaysia was at war.

It was a civil war, or an insurgency.  Call it what you will.  I’m sure the families of the 150+ Malay soldiers and police who were killed in combat believe they were at war.  In the period that the ADGs protected Ubon, Thailand was at peace.

From a comparative perspective why would the guys deployed to Ubon be considered on war service and those deployed to Butterworth not?

If you print out the raw primary data on A4 pages and stack them on the floor, the pile stands over a metre high.  The secondary data and anecdotal evidence each stand at a similar height.

It contains 123 formerly secret documents and one top secret document.  Yet, in the face of all that irrefutable evidence, the Australian Department of Defence, DVA, government and public service deny that the Second Malayan Emergency ever took place.

They say that what the 9,000 soldiers did was akin to anything they would have done in Australia.

Well might you ask.  Well, the answer is as simple as it is disgraceful.  There was a decision-making process to determine if the 9,000 soldiers who served protecting Butterworth should be granted recognition for warlike service.

During this process, the Department of Veterans Affairs (which should not have been involved in the process) made a submission that they didn’t have the budget to pay the repatriation benefits involved.  And the Department of Defence went along with it.

This morally bankrupt, low act effectively put dollars before diggers.  Let’s be clear…. of the 9,000 who served, the more senior ones would have already earned their entitlements from deployments to Vietnam, Malaya, Borneo etc.

The younger ones would have gone on to serve in East Timor, Iraq, Somalia, Afghanistan and so on, thereby earning their repatriation benefits and other entitlements.

The nett figure of those “between the wars” diggers who have been “dudded” by the federal government is probably less than 2,000 and a lot of them have passed away.

Successive governments and the public service have perpetuated the deception that the deployment was only for training purposes to deny our diggers their just entitlements.

They continue to this day.  On 2 December 2019 it will be 30 years since the signing of the peace treaty.  Lest we forget.

THERE IS SO MUCH MORE TO THIS STORY.  IF YOU WANT TO HEAR THE REST OF IT, LET ME KNOW IN THE COMMENTS SECTION AND ASK FOR MORE ON THE RCB CASE.