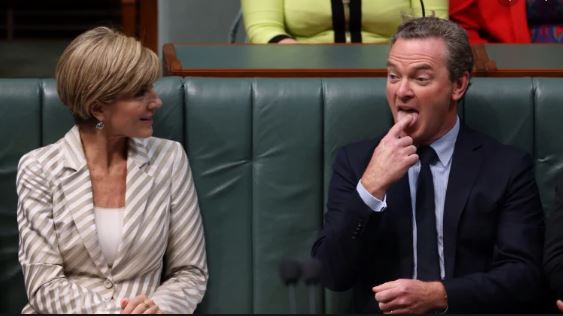 Why would you do it?

Who’d be a politician?  Well, we hear of snouts in the trough and a lot about rorting of allowances, plus all manner of dalliances that mere mortals can only imagine in their wildest fantasies.

But what’s it really like to be a state or federal politician?  What challenges do they face?  How do they cope?  Is it really worth it?

Well, first of all, you have to have a bit of an ego to run for public office.  It’s not for everyone, but neither is garbage collection, or carpentry.

Once you’ve sorted that out, you make sure you’ve got enough cash to pay for your nomination and enough supporters to help you run an effective campaign.  None of this works if you are an introvert or don’t relish the thought of long hours, schmoozing and thinking on your feet.

Local government aside, state and federal government share a lot of similarities, so let’s look at those two.

The Reality of a Political Career

Assuming you are elected, you undergo some familiarisation and training, then you’re largely left up to it.  If you’re a member of an established party, there might be some guidance from the more experienced of your bunch.

If you’re a minor party politician, you’ll be largely left to fend for yourself.  You’ll have to recruit and brief your own staff and herein lies one of the greatest problems of politics in this country – the cocoon that forms around the elected individual that insulates and isolates them from the real world.

We live in a representative democracy.  That means the elected officials are there to represent those who elected them into office.

That would usually entail the elected member getting out and meeting their constituents, right?  Great in theory.  Unlikely in practice.

Really, how can an elected politician suddenly know all things about all things, particularly their area of interest – unless it falls within their historic pursuits.

For example, a Minister for Health might be a registered general practitioner or Minister for Defence could be a former serving member of the Armed Forces.

But what about when it comes to matters outside their personal experience or skillset?  What happens then?  Enter the political adviser and the public service.  No.  Really.  I mean it.

Figuring Out The Game

I’m not joking.  If the elected member has no knowledge of a particular topic, they get their advisers to research the subject, or they get a briefing from the relevant department.

Even if they have some knowledge it may be out of date or not relevant e.g. a GP may not know a lot about surgery, or psychiatry etc.  So, who do they turn to?

In that environment, corporate culture, bias, career aspirations, basic brown-nosing and all manner of dynamics influence what advice is given to a politician by a public servant.

Add to that the fact that (in the case of a federal politician) when they are in Canberra during a sitting week or estimates, they rarely leave parliament house.

The rare exception would be to go to the Kingston Hotel for a meal, or to their accommodation.  I know that in my time as an adviser I was at the parliamentary office from 6am to midnight every sitting day.

I didn’t know if it was raining outside most of the time.  In fact, outside of my duties, I didn’t have any time for anything else.

The same when I was working at the electoral office.  I commuted three hours each way each day I was not in Canberra (excluding weekends) which meant I was on the train at 6am and got off the thing at the end of the day at 8pm or later.

Was I “rubbing shoulders with the masses?”  Hardly ever, yet I was supposed to be the eyes and ears of the politician I was advising.

The upshot was that everything had to be done by remote.  I did get to meet some constituents face-to-face if they came to the electoral office or to the parliamentary office, but it was hardly enough.

I sometimes got out and about to meet constituents, but it wasn’t enough.  We were in a tug-of-war of resources.

Sometimes it felt like you were in a washing machine and just to make it interesting someone would randomly walk by and hit the spin cycle.

Politicians are Far Removed From the People

The point is, how can these elected politicians faithfully represent the people who elected them?

Sure, they can get out and press the flesh, but if they’re a government minister or shadow minister (in opposition), their time is not their own.

How often do we hear the euphemism that a politician has resigned to “spend more time with their family”?

Sadly, it is all too often that family get left by the wayside when a primary member of the brood goes into politics.

Should we sympathise with them?  Not a bit.  It is their chosen path.  No-one twists their arm to go into politics.

The question is – how effective are they at representing their constituents if they are insulated and isolated from them by the bubble that politics puts around them?

So, choose carefully next time you are walking into a voting booth.  You know what they say – you get the politicians you deserve.