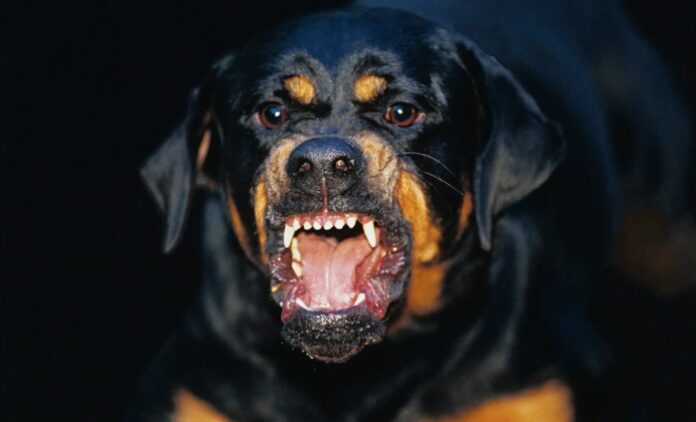 There’s a massive industry surrounding the family law system in this country.  If you don’t agree with that statement, you might as well stop reading, step away from the screen, check your medication and ask the nurse to put you back in that rubber room where you likely spend most of your time.

I’m going to give you just one example of someone I know who has been practically destroyed by the family law rort to give you some idea of just how broken the system is.

The subject of this article is a non-custodial parent.  Let’s call him “Jim” (not his real name).  Jim’s daughter is about to turn 18.  She doesn’t live with Jim.

In fact, she doesn’t live with her mother either, having been pushed out of home so that the child support Jim pays (around $60,000 pa) is a nice little windfall.

That money doesn’t factor into her income calculations when making her child support agency submissions.

In a discussion with an officer of the Child Support Agency (CSA) Jim is told “only seven more years to go”, which he queries immediately.  Jim says, “my daughter turns 18 soon.  Isn’t that when the child support stops?”  “Oh no” comes the reply, “we want you to keep paying.”

At this point it is prudent to say that Jim has a history of interaction with the CSA. This has been particularly intense, since they notified him that they were going to put him on “deemed” earnings.

They did that because he wasn’t paying enough child support to satisfy Mary.  They only increased his notional income by 600%, so he had nothing to complain about, did he?

Jim was unable to pay the inflated amount, which put him into arrears, allowing a raft of collection measures to be implemented by the CSA.

“That’s not what the legislation states” said Jim.

“Oh, we don’t follow the legislation” replied the helpful CSA officer, “we have our own internal handbook.”

“Where can I get a copy of that, so I can be compliant?” asks Jim.

“You can’t.” replies the CSA officer.

Jim tried to complain to the Minister, until he received a letter from CSA advising him “the Minister is redundant” and he’s wasting his time writing to him.

Jim was rendered insolvent three times in a five year period.  At one point, he was forced to live in his car for six weeks until some friends – on learning of his plight – took him in until he could get on his feet.

Then Jim was fired from his job.  He contacted the CSA to advise them that his circumstances had changed.

“Well, of course you’d say that” said the CSA officer, “it suits your circumstances.  When the mother tells us your situation has changed, then we’ll believe it.”

“My ex doesn’t know anything about my work situation” said Jim to the CSA officer, but his pleas fell on deaf ears.  He tried three times to engage with CSA officers, but to no avail.  In the meantime, his daughter turned 18.

Then, Jim started getting letters from the CSA advising him that his employer was not paying child support and asking what had happened.  Jim ignored the letters until the one arrived that contained the threat of litigation.  Then, he knew, they’d put him through to someone else.

After listening to Jim’s situation about losing his job and being unable to meet his child support obligations, the litigation officer’s response was “Well, why didn’t you tell us?”

The wash-up was that Jim was told there was nothing that could be done within the CSA to address the change in circumstances and his only option was to litigate.  Jim rang three times, deliberately, so he could confirm the advice.

It was repeated by each officer with whom he spoke.  So, Jim made an application to the Federal Circuit Court (known to some as the “Federal Circus Court”) and waited the three months until the hearing date.

Then, the day of the hearing arrived.  One of Jim’s friends (a lawyer named Sally) accompanied him to the court to witness the proceedings.

Sally did not practice family law and was interested in how things worked in the Federal Circuit Court.  Jim and his friend arrived early and sat outside the darkened court waiting for things to commence.

People began to drift in and sit around waiting for the other courts to open.  Finally, a young woman walked up to Jim and said, “Are you Jim Brown?”

Jim confirmed his identity and the young woman identified herself as working with a mid-tier law firm and representing the CSA.  She then announced they were contesting Jim’s application.

Jim was gobsmacked and asked, “Well, why didn’t you respond to my application or affidavit?”

“We did” came the reply.

“Fifteen minutes ago.  Would you like a copy?” she then proceeded to hand Jim a swag of paper similar in size to an old Sydney A-Z phone book (which is, in fact, two phone books).

At that point, the judge’s associate came out of the court and called Jim’s matter.  They all filed into the court to face the judge.  Sally sat back in the gallery, poring her way through the voluminous affidavit of the CSA.

“What are you seeking, Mr Brown?” asked the judge

Jim explained that he wanted all collection action to stop to allow a proper audit to be conducted of his CSA account, followed by a reconciliation and the account closed.

The judge asked, “Are you expecting a refund, because I’ve never heard of the CSA giving refunds?”

Jim stated that he just wanted the case closed.

The judge asked, “Have you read their affidavit?”

Jim replied that he hadn’t because he’d only received it about five minutes prior.  The judge retorted, “Well, I’ve had my copy for over a month and CSA disputes everything you say.  They say this matter was dismissed in the AAT in 2017”

Jim responded, “I’ve never been in the AAT, your Honour”

The judge speculated that Jim’s memory had failed him because it was in the CSA’s affidavit that the matter had already been dismissed by the AAT two years prior.  “How much are we talking about, anyway?” the judge asked the lawyer for the CSA.

Jim said, “That’s not true, your Honour and if I’d had prior notice of their affidavit I could have brought evidence to the contrary to the court today.”

“Well,” said the judge “seeing as you’ve not had time to get legal advice on the CSA affidavit, I am adjourning this matter for a month for you to hire a solicitor and we’ll look at it then.  I am awarding costs against you, Mr Brown.”

After they’d left the court, Jim and Sally sat in a coffee shop while Sally berated Jim for his poor preparation.  “What’s more, in all the years I’ve known you, you’ve told me about the CSA and how much they’ve been ripping you off.  I now discover it is a little over $10,000!”

Jim took the CSA affidavit and went to the back, where all the attachments were.  He found one and showed it to Sally.  Her mouth dropped open in shock.  “Oh my God!  That’s a bill for nearly $60,000!”

Jim replied, “And that’s only one of them.”

“I don’t believe it, said Sally.  “They’ve lied in their affidavit”

Jim’s story is just one example of how the Child Support Agency are hounding innocent citizens. They act as if they are unaccountable. There is no real recourse against this department which is entirely out of control.

If you want to hear more about this case – or Jim’s other trials and tribulations with the CSA and the family court, let me know in the comments section and ask for more. These people need to be exposed.

A SHORT UPDATE ON LARRY