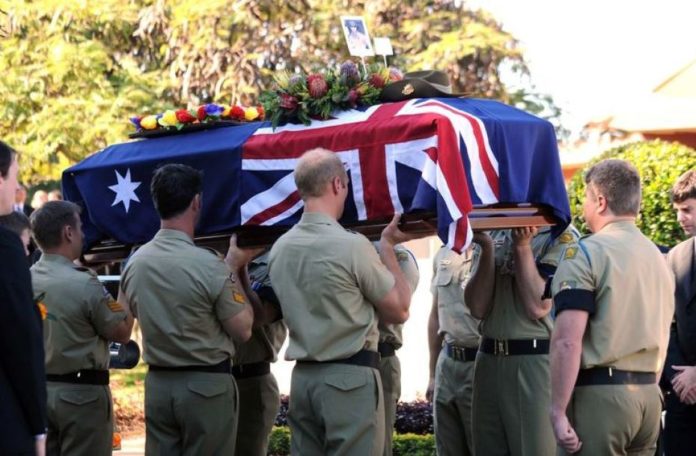 Afghanistan – the graveyard of empires.  To the average man in the street, the Brereton Report is a bit of a blockbuster, but to a lot of veterans it was a bunfight waiting to happen.

It was just a matter of which bun it was going to be.

Special Forces allegations of war crimes.  Peacekeepers not recognised for their sacrifices.

Troops patrolling international borders between warring groups hushed up; and the perennial game of deception with the defence of the RAAF Base at Butterworth in Malaysia in the 70s and 80s.  Pick one.  Pick any one….

Some points to consider about Afghanistan.  In the Infantry we used to say, “There’s no such thing as bad soldiers, just bad leaders”, but no officers are implicated in the war crimes allegations.  Why?

Were they not in charge?  Did they not accept medals for a job well done in leading these men who they now claim are war criminals?

Where is the talk of stripping the generals of their medals?  They are ready to start sacking soldiers before any charges have been laid.

They are calling for the removal of proud military units being taken off the Order of Battle.

They are ready to tar the majority with the actions of perhaps a minority (which is yet to be proven) and they are falling over themselves to apologise to our enemies.

To top it all off, they are talking about needing to eradicate the “warrior culture” from the ADF, whose job it is to train and create warriors.

Once upon a time there used to be a crime called “Aiding and abetting the enemy”.

If you read Al Jazeera, you will see the Taliban are making a feast of the chest beating, wailing and self-flagellation of a bunch of senior ADF officers.

These officers are scurrying to protect their political futures at the expense of the troops, upon whom they have stood while accepting their Distinguished Conduct Medals.

Are they going to be tried in a military court?  We’ve heard the politicians have washed their hands of it, claiming it will be handled by the military.

But wait.  The Australian Military Court is not a court established under Chapter 3 of the Australian Constitution.

Therefore, it is nothing more than an extension of the Executive arm of the government.  So, back in the politicians’ laps like the ever unwelcome hot potato it has become.

“I know” they say, “let’s refer them to the Australian Federal Police for civil prosecution.”  OK.  Let’s examine that for a bit.  The alleged perpetrators were engaged in a joint criminal enterprise because they acted in cohesive groups.

Problem with that is that everyone who is part of that enterprise must also be charged with war crimes, including the chopper pilots who took them on the mission and extracted them later.

Then, there are the intelligence and signals operators who kept them on track throughout the mission and helped them identify targets and their leaders (no matter how high up the totem pole you want to go – or not go).

And what about the cooks and bottlewashers who sustained them, the stores people who issued them their ammunition to go and commit the alleged atrocities and so on.

Where do you want it to stop?  I can tell you where it stops.  It stops at Parliament House, Canberra.

Oh yes, you can deploy the ADF to work with civil police for a lockdown in the COVID-19 crisis, but what if it comes out that one of those ADF members robbed a person returning from overseas and in quarantine?

Look at what’s happened in Victoria with the Coates enquiry.  Look at how far up the totem pole that’s gone.

Let’s be quick to castigate these men who we’ve spent millions training then rotated them through the war zone for more than ten deployments each.

But let’s not have a royal commission into veteran suicide.  Let’s not investigate what makes these guys tick and what happens when the stress of repeated combat deployments takes its toll.

A sign of the times?  Not so.  Governments – all of them – are good at this.  They try to maintain a healthy distance from the fan when the excrement strikes it.

Take a quick look back in history, however, and we soon learn that they’re good at covering up, ignoring, not stepping up when they should.

But they’re pretty quick to condemn when they think they hold the moral high ground.

In the 60s it was the 4RAR group who were patrolling the Thai-Malay border to ensure the Communist Terrorists were contained and not likely to return to Malaysia to attempt to overthrow the duly elected government there.

Troops armed to the teeth and ready to engage with the declared enemy.  Heading out every day in an effort to seek out and kill or capture him.

What recognition do they get for putting their life on the line every day?   Why, nothing of course.

In the 70s and 80s it was the turn of Rifle Company Butterworth.  After the 4RAR guys were withdrawn, plus a little time for regrouping, re-arming and a bit of training, the Communist Terrorists decided to have another crack.

The Malay Army immediately attempted to grow their strength to cope with the widespread threat across peninsular Malaysia, but they couldn’t spare enough troops to defend the strategically important air base at Butterworth.

The majority of Australia’s fighter jets were there, so protection had to be provided.  At first, the troops were sent from Singapore (until they were withdrawn to Australia).

Then, a heavily armed rifle company was rotated directly from Australia.  Such was the importance of the base to national and regional security.

During the counter-insurgency war the Malays lost something like 155 killed in action.  They were in a struggle for survival.

They were aided and supported by the Rifle Company Butterworth (RCB).  What recognition did RCB get for putting their life on the line every day?  Why, nothing of course.

All throughout this period peacekeepers and peacemakers have been deployed to hostile environments across the world.  They are sometimes armed.  Sometimes not.

Regardless of their weapon status, they are quite often placed in life-threatening situations not of their own doing.  Sometimes they are sent to peaceful locations that erupt into hostilities after they arrive.

Take Lebanon as an example.  Our embassy left because of the fears for the safety of the diplomats.  Our UN observers stayed – unarmed and between warring factions.

At risk every day and every night.  What was the government’s response to a call for recognition of their service and sacrifice?  “It was peaceful when we sent you.”  You can’t make this stuff up.

It goes on and on and it continues to go on.  Don’t be surprised at what is revealed in the media next.  It’s only a matter of time.

I’ll leave you with a poem often repeated by JFK…..

“God and the soldier, all men adore
In time of danger and not before
When the danger is passed and all things righted,
God is forgotten, and the soldier slighted.”

…… and you know what they did to him.