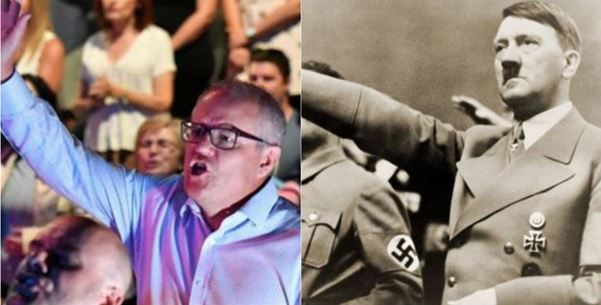 Debate resumes in the House of Representatives today and the bill is expected to pass senate this Thursday without amendment, due to the full support of the Labor Opposition.

This bill will give the first registered major parties a monopoly on the words used in their names (and all variations of them). In practice this means that the Liberal and Labor Parties respectively will have the exclusive right to use the words “Liberal” and “Labor”.

In addition, other than for parties with current members in parliament, it also raises the minimum number of members required for parties to remain registered from 500 to 1500.

This appears primarily to be an effort by the government to wipe out the Liberal Democrats in response to the announcement that Campbell Newman intends to stand for them in the senate, however the provisions will also cause the deregistration of around 75% of all other political parties in Australia and thus unable to stand candidates against the government.

It will also make it very difficult for anyone to form a new political party in the future.

Following on from the previous moves by the “Liberal” government to end group voting tickets in the senate and restrict access to public funding for minor parties, this appears to be part of an ongoing effort by an increasingly unpopular and illiberal government to cling to power.

One can only speculate as to what the inspiration for this blatantly anti-democratic move might be, but previous similar moves to de-register rival political parties taken by communist China, fundamentalist Iran and authoritarian Russia come to mind.

One thing I can say about Australians, having lived with them since 1989 is that they don’t like being pushed around and they don’t like people who think they are better than them.

Down in Melbourne, there was a massive protest this weekend by Victorians who are getting really pissed off with this situation. As usual, Avi Yemini is covering what the mainstream media won’t. He is going from strength to strength.

Unbelievably, the police are not just using tear gas and pepper spray, they are actually using rubber bullets against protesters.

This is really disgusting when you compare it to the recent Black Lives Matter protests where police did practically nothing. Clearly, when Anglo Australians protest, there is an entirely different standard applied. Have a think about that.

Things are getting out of hand. Governments are going bad and we need to do something soon before we get to the stage that Aleksandr Solzhenitsyn and his compatriots found themselves in Soviet Russia. Here is a quote from his book The Gulag Archipelago.

“And how we burned in the camps later, thinking: What would things have been like if every Security operative, when he went out at night to make an arrest, had been uncertain whether he would return alive and had to say good-bye to his family?

Or if, during periods of mass arrests, as for example in Leningrad, when they arrested a quarter of the entire city, people had not simply sat there in their lairs, paling with terror at every bang of the downstairs door and at every step on the staircase, but had understood they had nothing left to lose and had boldly set up in the downstairs hall an ambush of half a dozen people with axes, hammers, pokers, or whatever else was at hand?…

The Organs would very quickly have suffered a shortage of officers and transport and, notwithstanding all of Stalin’s thirst, the cursed machine would have ground to a halt! If…if…

We didn’t love freedom enough. And even more – we had no awareness of the real situation…. We purely and simply deserved everything that happened afterward.”

Take it away 10cc

YOU MESSED UP BIGLY LAST YEAR, SANTA! HERE’S HOW WE GET...