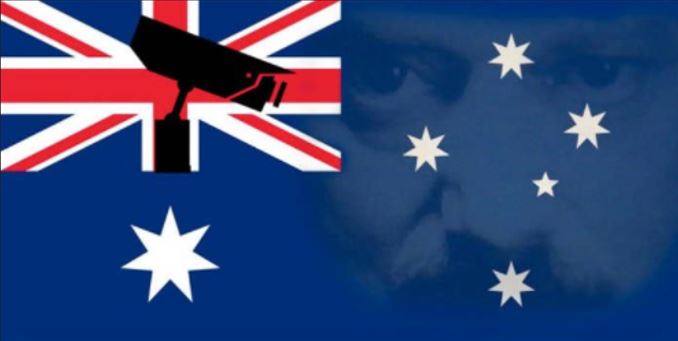 Recently, in the dead of night, a piece of legislation innocuously titled ‘the Surveillance Legislation Amendment (Identify and Disrupt) Bill 2021’ passed through the Federal Parliament with hardly a whimper from the opposition.

Perhaps they didn’t realise the importance of the legislation.  It was almost midnight when the vote finally took place.

There’s probably something clever someone could say about things that get through parliament in the dead of night, but I’m certainly not clever enough to think of anything.  If you are, leave your comments below.

There’s lots of content about catching the bad guys who use technology for such things as child trafficking and other heinous activities, but the speech doesn’t quite go all the way.

If it did, it would go all the way and explain what it lets the so-called good guys do, using some new whiz bang technology.

When I refer to the “good guys” I mean the members of the “Five Eyes” or the UKUSA agreement – the United Kingdom, USA, Canada, New Zealand and Australia.

Under that agreement, the member countries share intelligence about the bad guys. Many countries have laws that prohibit their intelligence agencies and military acting against their own citizens.  The Five Eyes are no exception.

Where is all this heading and why have I written this piece?

Well, in my deep, dark history I had the fortune to work at some of the organisations who represent us in the Five Eyes space and their equivalent allied organisations.

Whether it is good fortune or bad fortune depends on which organisation and when I was there as sometimes there were both good and bad experiences.

It largely depended on what was going on in the world when I was there.  Exactly where “there” is or was remains a closely guarded secret.

More recently, in history that is neither deep nor dark, I was attending a Continuing Professional Development (CPD) event that was being held at a Sydney pub.

Present were a number of lawyers and barristers.  The guest speaker was presenting a warning, of sorts, about the passage of the type of legislation such as the Surveillance Legislation Amendment (Identify and Disrupt) Bill.

I was sitting listening intently to what he had to say, as the subject areas dovetailed neatly with my personal history.

The reason I was attending a CPD event for lawyers was because I am a law student and I was there with a lawyer friend.

The speaker at the event was laying out a warning was that allied countries, who are currently unable to spy on their own citizens, will be able to once said legislation is passed through our Parliament.

How, you may ask?  Simple.  They access Australia’s systems and platforms at the invitation of our spooks. Then, using the interoperability of the internet, simply access their own citizens’ accounts on the same platform.

That way, they are not directly spying on their own citizens, but more like “looking over the shoulder” of one of our spooks, at their citizen who is the subject of their interest.

During the Q and A session at the end of the evening, there were a few people in the audience who asked questions our presenter could not answer.

Wanting to help out, I volunteered to respond for him.  Once I had the microphone I gave sufficient background to qualify my response to their questions.

After the event, the presenter came and spoke to me. He was intrigued to know how I knew so much on the topic he was presenting.

We had a lengthy discussion about the subject and it ended with an invitation to catch up in the following weeks at a coffee shop near his office.

Like me, the speaker at that event understood that it is incumbent on all of us to keep our government in check.

These guys get away with bucketloads of sketchy stuff while the good people are sleeping.

Remember, all that is required for evil to prevail is that good men do nothing.

The COVID-19 distraction has been sufficient to allow the members of federal parliament to do whatever they please while everyone’s focus is on the latest case numbers and the latest deprivations we will have to endure before our democratic freedoms are restored to us (if they ever are).

It’s obvious we can’t rely on the federal opposition to do anything.  They were complicit in the passage of legislation to effectively wipe out 75% of the political parties in this country.  But that’s another story.

Don’t let the bastards get away with it.  Don Chipp would be turning in his grave.