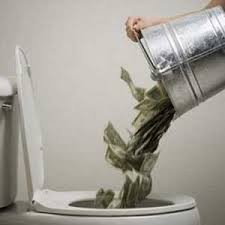 I agree, the carbon tax is a headache for Tony Abbott BUT…. there is light at the end of the tunnel and I am immune to Gillard Labor games.

Liberal/LNP have no concept of how much Labor is wasting and let me tell you it is much more than $7.5 Billion per year. This year alone Labor has wasted in excess of $13.2 Billion and that is just things I have looked at such as World Bank funding, UN ‘donations’ and foreign country project budget shortfalls we have ‘volunteered’ to pay so Julia can look good in the UN’s eyes so I am sure I could find much more.

A responsible Government CAN get rid of the carbon tax and CAN make savings that Labor cannot as long as Tony doesn’t play the election ‘ME TOO!’ game which is what McTernan wants.

I tell you what, if you believe Gillard then there is a fool born every minute… she is a liar.