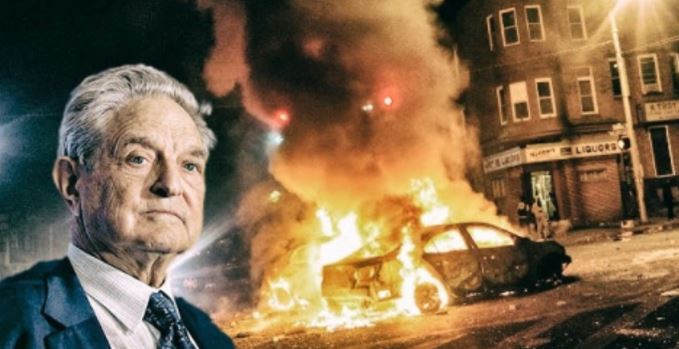 AN OPEN SOCIETY IS NO SOCIETY AT ALL

President Biden gave a speech yesterday marking the anniversary of the January 6 democracy festival last year at the US Capitol. He called the dress-up party an ‘insurrection’.

Pro-Western insurgents loyal to former President Nazarbayev tried to topple pro-Russian incumbent Tokayev. They even burned his house down. It looks like they’ve failed, though.

Putin reacted to Tokayev’s request for assistance swiftly, and will now do to those rebel scum what he did to ISIS in late 2015.

As Westerners are finding out in our own countries these days, political uprisings like what we’re seeing in Kazakhstan are never organic or grassroots. Neither are terrorist organisations.

They are funded, scripted and directed by powerful interests to advance ideological and geopolitical goals. It’s the same with groups like Antifa inside Western democracies.

Amidst the smoke and imagery of burning military convoys from Almaty, an interesting piece of news leaked through which may be of supreme significance for everyone on the planet this decade.

That was a verbal message sent by Xi Jinping to Tokayev, in which the Chinese ruler said that China strongly rejects attempts by ‘external forces’ to destabilise Central Asia and foment ‘colour revolutions’ there.

That there folks is the diplomatic language equivalent of a Molotov cocktail through your front window. Russia and China are saying “Достаточно!” to the West’s ongoing cultural revolution against the nations of the world. This is a turning point in international relations.

Colour revolutions are a specialty of the Western intelligence agencies, co-ordinated through NGOs and front organisations. They also usually involve the participation of astroturfed operations ultimately funded and directed by George Soros’ Open Society Foundation.

It’s easy and fun to pick on George, or Gyorgy Schwartz as his mama called him. He’s every patriotic conservative’s favourite villain. He even looks like something from central casting in a Bond film. However if we want to enjoy a character playing a global terror mastermind then we can watch Iron Man 3. It’s closer to the truth of how the world works than 60 Minutes anyway.

But caricatures don’t help us understand what motivates a man, and given that the elites in our society are filled with men and women and non-binaries who think like Soros, it would be a helpful exercise to investigate what makes him tick. Why would any man want to destroy all order in the world so as to watch it burn?

It’s pretty well known that Soros spent his formative years living under National Socialist occupation in Hungary. His wealthy father had been a POW in Russia during World War I and had suffered enormously during that experience.

He led his family to do whatever it took to survive the occupation, and it seems George did some unpleasant things to other Jews under the Germans. At the end of it all, as the Russians poured into Budapest, accounts indicate that the women in his family were raped as part of the widespread rape of women and girls by communist soldiers in their conquest of Eastern Europe.

How would a Jewish teenager, presumably raised on stories of historical anti-Semitism in Eastern Europe, who experienced all that at the hands of both Germans and Russians in quick succession, come to see the world?

Perhaps he would believe that the world created by European Christians was irredeemably evil and must be destroyed? Perhaps he would become an anarchist among anarchists in his heart, burning with a desire to burn down this world which had done such evil to him and his people?

Into that swirling psychological milieu came the most significant intellectual influence of George’s life, Professor Karl Popper. George studied under him at the London School of Economics, an institution well-known for pumping out hardened socialists year after year to staff the administrative caste of Britain.

George loves to gloat about how he ‘beat the Bank of England’ by betting against the currency peg of the pound in 1992. He’s supposed to have made a billion dollars that day, and triggered an economic downturn in Britain which caused enormous suffering for the British people subsequently.

George’s name is a dirty word across South East Asia for doing the same thing five years later during the Asian Currency Crisis.

This is a man who truly craves chaos. He is also a character study in the type of psychological profile we see from all hardboiled Marxist anarchists. You can see and hear them constantly on the BBC, CNN, CBC and ABC and read them in the New York Times and the Guardian.

It’s the same mentality every time – an individual embittered by early hardship or a narrative of personal injustice, who then declares war in their hearts on all that is good and noble and real and pure as a means to achieve some morbid revenge on a world and on a civilisation which has wronged them.

It’s a cult of Jokers and they control our culture. And it’s only going to get worse, folks. Ignoring it, especially if you have children, is not an option. There is also no political or cultural solution. The angry gay cake is baked already.

Instead, we must form self-sufficient communities and make preparations for the firestorm of destruction these deranged mutants will bring. Maybe stack some beans too.

The difference between a jungle and a garden is a wall. A wall is also the demarcation between the civilised and the barbarians. Go to any historical frontier on the borders of civilisation and you’ll find one, and the ideology of the Open Society Foundation is explicitly anti-wall. That’s probably why Trump wanted to build one.

Imagine being so wicked and perverse that you would sneak into a garden and deceive its inhabitants so as to destroy it out of spite.

That’s something only a devil would do.