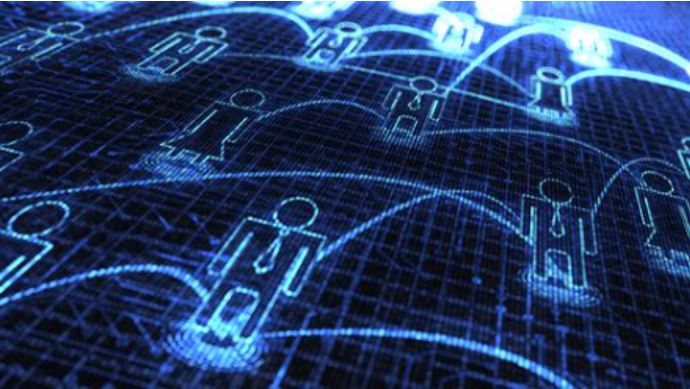 THE INTERNET HAS DONE TO DEMOCRACY WHAT BITCOIN DID TO GOLD

I have a confession to make. It’s a shameful thing to admit but I need the catharsis. I gotta get this off my chest.

My name is Prepper Anon and I used to be a goldbug.

There, I said it. Feels good man.

It first started around 2009. I watched the news about what was happening with the banks and then how they got trillions of dollars from governments to go back to exactly what they’d been doing and I knew it didn’t make sense. The world didn’t work how I thought it did.

I couldn’t shake it. So I got online and fell down the rabbit hole. Before I knew it I was repeating Peter Schiff arguments to my workmates and reading books written by Austrian economists.

Most of them weren’t even Austrian.

Then I was stacking silver ounces and taking my cash out of the bank as soon as my pay arrived. I avoided a mortgage because it was ‘too risky’. I bought emergency food. And I waited.

And nothing happened. While I was polishing my stack, punk kids who’d never read an economics treatise in their lives were buying Lambos with the proceeds from fake internet money that they’d bought because it was funny.

While gold has gone sideways for a decade, Bitcoin has gone from a joke worth fractions of a cent to the best-known asset class in the world with a total market capitalisation over 2 trillion dollars.

What doesn’t kill us makes us poorer.

Eventually I held my nose and bought some joke internet money. Now I trade it as a side hustle. It’s been a wild ride.

Many other, particularly older, investors also believed that the Global Financial Crisis would ultimately lead to sky-high gold prices. Some of the smartest investors in the world thought so. The reasoning was sound.

Our global financial system, controlled by the world’s central banks under the all-seeing eye of the Bank for International Settlements¹, relies upon new debt in order to create new currency.

Such a system is innately unstable, as there will never be enough new money to pay back the old debt with interest. This will one day lead to global financial Armageddon. The GFC in 2008 was a forerunner of that inevitable financial catastrophe.

Nothing about that analysis is wrong.

Yet we goldbugs didn’t count on the creativity and resourcefulness of the central bankers. Bitcoin, of course, was not invented by some random anonymous Japanese genius Satoshi Nakamoto. Instead it is my conviction that it was created and released by the same people who control the world’s financial system, and therefore the world.

After gold’s $1900 per ounce high in 2011, Bitcoin replaced it as an alternative to ‘fiat’ currencies. It became the place money fled to as a protest against debt slavery and financial serfdom.

Which was perfect, because while gold is a dirty little metal that has to be dug out of the ground and is owned by dirty little people all over the world, Bitcoin is a digital asset which can be taken from the hands of dirty little people easily through clever trading on leveraged exchanges and ultimately controlled by the same financial archons it is supposed to liberate us from.

It’s the perfect false release valve to engineer the transition to the next system of financial enslavement the archons have planned – Central Bank Digital Currencies connected to a social credit score and vaccine passport system.

The whole thing is so diabolically impressive it’s almost enough to make you give up on being human and just join Team Evil. Almost.

I’ve been thinking on all this while day trading cryptocurrency and seeing Australia swiftly revert back to its original function as a prison island. I see frustration everywhere, even among the people who watched too much TV and got hopelessly brainwashed. I even know angry Tesla drivers.

They’re angry that the country our government sent all our jobs to and invited millions of real estate consumers from has now cooked up and sent a virus here that’s going to kill nana and no-one is doing anything about it.

Yet nothing will change. One of the major political parties will win the next election. The media lies just as constantly as before. The people running this prison island of ours are not at all threatened by the inmates they boss around.

The mechanism of popular opinion which was supposed to keep democracy functioning has stopped working. There is no real-world outlet to express the popular will. What’s happened?

I was wondering about all this as I charted Shiba Inu and then it hit me.

The central bankers always feared gold because it was something the people could flee to and away from the dollars or yen or pounds or whatevers that enslaved them. It was the Achilles heel of the central banking usury control grid. If gold suddenly went to $5000, even Boomers who watch 60 Minutes would freak out and start buying toilet paper.

This digitisation of currency as a ruse to prevent the power of the people having any impact in the real world has been mirrored in the digitisation of culture and politics via the internet. Our era bears many similarities both to the 1930s and to the 1970s, and during those times engagement with radical politics spiked among European and Western populations. That had some unpleasant consequences, of course. Like no-fault divorce laws.

Yet the people organised. They organised around bad ideas that gave too much power to the state, sure, but they still flexed against the status quo. Were we to see another spike in political engagement today, I believe the movement would be far more anti-state than pro. We’d see the streets filled with individualists with very clean rooms, and political parties with charismatic leaders emerging to represent them.

Yet we don’t, because all the sturm und drang of the popular revolt is happening online. Instead of people holding meetings, forming new political parties and organising to threaten the status quo, they rage in the comments section and post memes on social media. And nothing changes.

The only exception to all this was the anti-lockdown crowd in 2021, and those people indeed got the politicians to back down on lockdowns. Well done, anti-vax mums.

Yet once the lockdowns were lifted the organisation of the people ended, and we angry proles went back to fuming online. Which then assists the social controllers in harvesting all the granular data about our views and beliefs and using AI to then better manipulate and control the human herd they farm. Another win for Team Evil.

It is my conviction that the cold-blooded lunatics behind this Great Reset agenda also funded the Bolshevik and National Socialist revolutions. Such a theory has been well documented. We all know communism and fascism have failed whenever they’ve been tried. The state is a rotten micro-manager, no matter how beautiful its utopian ideology is to the true believer.

Perhaps though, the oligarchs behind men like Klaus Schwab, Bill Gates and George Soros have reached a consensus that 20th century totalitarianism only failed because the elites didn’t have perfect information and perfect decision-making to rely on. Human nature was too imperfect to carry out the job of creating the utopia that would take humanity to the stars, or at least the tiny sliver of humanity worthy of it.

Now, however, that problem might seem to have been solved. The elites now have perfect information, and are building out a system of perfect financial control. After the Great Reset Big Sister will know everything, and there will be nothing you will be able to do about it. When you’re shadowbanned on social media and can’t leave your house without drones appearing to force you back inside, no-one can hear you scream.

I don’t think this Agenda 2030/sustainable development goals/smart cities/Great Reset agenda thing is going to work. It’ll fail just like Bolshevism and Maoism. I do believe, however, that it will destroy Western civilisation by trying. It will accelerate our collapse.

I also still believe that one day gold will have its day in the sun. One day. Maybe in the wasteland when our world is a fading memory turning to myth I’ll trade an ounce of gold for a can of Spam.

What a sweet moment that will be.

What good will those satoshis do you then, moonboys?

We’ll see who has the last laugh.