News WHY AMERICA NEEDS A CAESAR 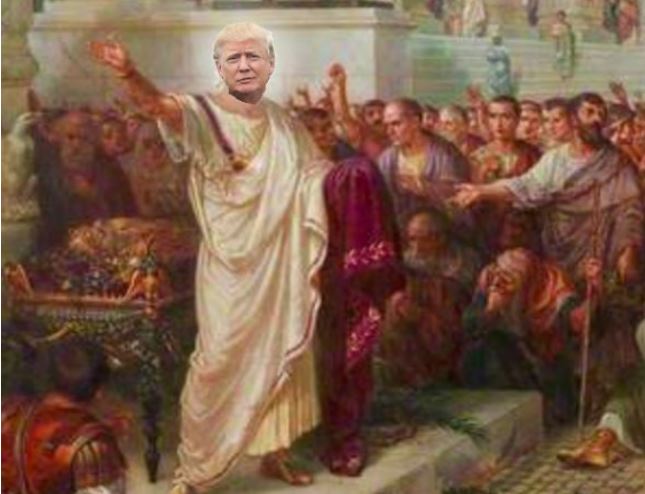 Only one man can save America from the corrupt oligarchy destroying it.

The news cycle is so apocalyptic at the moment most people missed that Trump is finally suing Hillary over the Russiagate scam.

Could be nothing. Could be everything. We could very well be on the cusp of World War III, and if the public turns against the war while Trump is using a court case to generate headlines about how the deep state started it then things could get very interesting.

Many people seem to have moved on from Trump. Even the most diehard QAnon believer is strangely quiet about him these days. The election fraud of 2020 and the farce of the January 6 democracy festival in the Capitol building has made many write him off.

Three maxims of history come to mind which are relevant at this juncture. Don’t invade Russia, don’t engage in a land war in Asia and don’t ever write off the orange man.

Our elites seem about to make all three mistakes simultaneously.

As we sit and talk in the twilight of the West, friend, it’s easy to get caught up in the noise of day to day headlines and become disoriented. The ruling elite of the empire we live in used information warfare strategies against us so as to keep us immobilised and disoriented. It’s making many people in our society lose it.

Russell Brand did a good interview about it five years ago now if you’re interested.

We can overcome this intentional disorientation by our elites by grounding ourselves in reliable truths. A strong faith helps. So does some understanding of the cyclical nature of history.

During the boom time of the last 75 years, history became less and less relevant to people. For as long as the US Navy secured the world’s sea lanes and the Pax Americana promoted the expansion of Western consumerism into every corner of the planet, we could kid ourselves that the past was over.

The consensus of the American intellectual establishment has been that the only thing holding back humanity from the stars were groups and individuals with traditionalist worldviews rooted in outdated beliefs.

Backward types who clung to religious belief, ethnic identity or fixed moral views would be steadily replaced by children and grandchildren who believed in only tolerance and materialism.

Once those people were brought on board the liberal democratic project of moral relativism, hedonistic consumerism and nihilistic individualism, history would be finally brought to its end and the Star Trek utopia would be made possible.

On the 24th of February this year history returned with some rather alarming bangs, and by all indications, those bangs are only getting bigger in the next few years.

How could our imperial elites have been so utterly, catastrophically, myopically, insanely wrong?

America is not a democracy. The term ‘democracy’ was injected into the US political discourse in the 19th century by proto-socialists to justify mob rule, but the system of government that America operates under, at least on paper, is not democratic.

America is a republic. Knowing that will help us to perhaps better predict what’s ahead for America and the world this decade.

The American republican system is based explicitly and almost entirely upon the Roman system of government. It was formed due to the same motivations and has unfolded in the two and a half centuries since its inception in many of the same ways.

The Romans established the res publica, or ‘public thing’ as they called it, around 27 BC after they expelled the Etruscan king Tarquin the Proud. The republic came to an end about 480 years later when Octavian defeated Mark Antony and Cleopatra in the final of the republican civil wars and established the Principate. He took his title from the name of his adoptive father – Caesar.

The American republic has so far lasted about half as long. Like its Roman parent, the American political system has enabled the expansion of an empire quite unlike anything before it.

Whereas the Romans colonised Britain, the Americans touched the moon. If you believe them.

What empire can compare to the grandeur, power and majesty of the American? Who can make war against this beast? Even Genghis and Alexander bow before their arms.

As with Rome by the first century BC, however, the American republican system is falling apart. And for the same reasons.

By the first century, Rome was ruled by a patrician class whose greed and rapacity had totally corrupted public life. The common people, whose forefathers had died to build the empire, were pushed off the land and into urban apartments to make way for lavish private estates run by foreign slaves for the benefit of the oligarchs.

Predatory lending practices had financialised all aspects of life, so even full Roman citizens lost their capital over time and were heavily indebted to the usurers.

Imperial adventurism had led to constant wars that bled the treasury for no apparent gain to the people of the empire.

The Middle East, anyone?

And as the people became ever more discontent with their venal rulers, propaganda and welfarism were recklessly dispensed in order to pacify and redirect the mob.

The common people of Rome had risen up against the oligarchy multiple times. They were usually pacified with ever-more welfare and token political representation. Their bitterness though hardened over time, until finally an opportunistic and super-talented populist general came on the scene who declared he would Make Rome Great Again.

There were some differences between the Romans and the Americans, of course. In Rome, the path to upward social mobility for ambitious men was through the military. In America, it’s through business and corporate success.

Caesar made himself an emblem of military achievement with his conquest of the Gauls in modern France. When we think of the quintessential American corporate achiever, who comes to mind?

There’s no one else who can do it.

I’m not into political Messianism. He’s not the Messiah. He’s a very naughty boy.

If he’s going to get the support of the people in a civil war against the corrupt establishment, he’s going to need to clean house first.

No more swamp critters and Wormtongues like Kushner running the palace.

End the bipartisan system of money politics which enables the American oligarchs to eat the people.

Cull the billionaire class either legislatively or kinetically and clear out the think tank-private foundation networks around entities like the Council on Foreign Relations, AIPAC and the Trilateral Commission.

Trials and executions for traitors like Bill Gates, Gyorgy Soros and Heinz Kissinger. Full disclosure of the bioweapon research and illegal deep state activities in America and around the world.

End the Fed and the debt-based money system the shadow banking elite use to rule the world. End government borrowing so kleptocrats can’t again impoverish the people and enrich the shadow bankers by enslaving our children and grandchildren as tax donkeys through public debt.

Military seizure of all World Economic Forum assets, exposure of their activities and the arrest of Klaus Schwab and his financial backers for anti-American activities.

Senate inquiries into campus Marxism and show trials for the anti-Western termites burrowed into our education system and government bureaucracy.

A special task force assigned to investigate and expose just what these sneaky Freemasons have been up to in their creepy lodges.

Disband the CIA and restore all intelligence activities to the US military. Restore the principles of the US Constitution while simultaneously establishing the office of emperor.

Emperor sounds a bit too European. Perhaps CEO of America.

That would be a real great reset.

There were still elections after Augustus. The machinery of government continued on, and local politics was kept alive. We could do the same in the West.

It couldn’t be worse than what we’ve got now.

The Roman empire did not end with the fall of the Republic in 27 BC. Its expansionary phase did, but Roman power continued for perhaps another millennium and a half depending on how you count.

What ended was the unaccountable power of a behind-the-scenes class of oligarchs playing power games while predating on the people. Julius Caesar himself constantly underestimated the greed and corruption of his fellow Roman patricians. He still believed, right up to the moment they stabbed him in the back on the Senate steps, that he could bring them around to put Rome First.

Trump does the same.

If he does get the Ides of March treatment, it wouldn’t be the end of the world. After all, he has heirs.

This article first appeared at callapsitarian.sustack.com 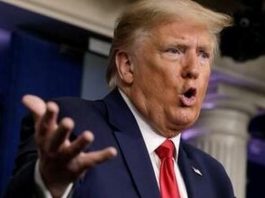 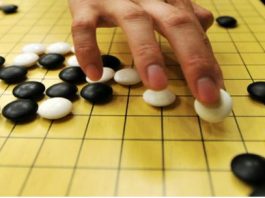 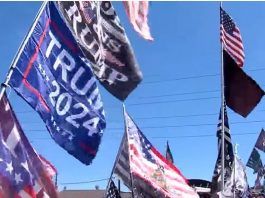 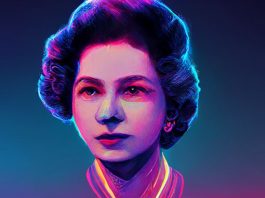 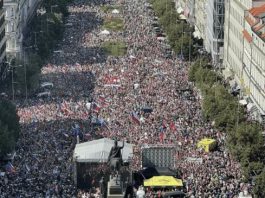 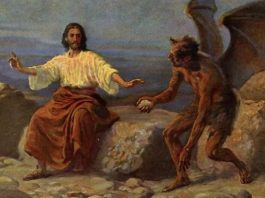