Every society needs an ideology.

I see ideologies as basically just religions anyway, but that’s a conversation for another time.

No society is free from a public ideology that determines the values of the people in it.

For Western societies, the ideology is freedom.

We’re all about freedom, baby.

We love freedom so much, we’ll bomb people who don’t. Especially in the Middle East.

In the West, you can be a vegetarian, a nudist, a model train enthusiast, heck even a moustachioed drug-dealer murderer like Chopper Reid.

That’s our thing. We pride ourselves on our liberal Anglo-Saxon tradition of personal freedom.

But all ideologies have limits and in Australia, there’s one thing you’re not allowed to be.

You can’t be a Nazi.

That’s where we draw the line.

Maksym Kagal died about two weeks ago in Mariupol, Ukraine. The establishment media have cropped the words above his head.

Here’s the full image so you can see there’s no mistaking this guy’s ideology.

That name above his head is the Azov Battalion.

The white symbol you can see is the Sonnenrad or Black Sun. It’s an old Indo-European religious symbol that was used by a certain group of utopian German fanatics in the 30s and 40s.

This heroic young Ukrainian kickboxing champion, whom the Australian media cried elaborate crocodile tears on behalf of, was about as Nazi as it’s possible to get in the current year.

Interestingly too, some Australian news outlets have pulled the image from their social media posts.

Maybe some of the normies who still believe the propaganda were starting to Google and ask questions.

Especially given that Jewish actor and Ukrainian President Zelensky has been claiming that Russian soldiers are carving swastikas into women’s dead bodies after raping and killing them.

The swastika wasn’t burned in. It was drawn on her torso using her own blood after she was suffocated with a plastic bag over her head.

The young woman’s body was found in a school that the Azov Battalion was using as a base, and Azov’s atrocities against ethnic Russians in the Donbass region are well documented.

The evidence so far points far more strongly to an atrocity committed by the West’s pet Nazis than Russian soldiers.

While all this is going on in Ukraine, decadent Westerners are busy shopping for an Azov thong for nana for Mother’s Day.

What we have to stop and ask ourselves before we commit to World War III here is this.

Are we the good guys?

That’s a really important question. When our grandkids are doing their history lessons in the fallout and among the ruins, they’ll want to know if their non-binary step-grandparents were fighting for actual, literal Nazis in the war that destroyed the world.

We’ll want to make sure we’ve got a good answer for them, I’d say.

At the moment, we don’t. Our elites are having to deceive us in order to get us to go along with their imperial war effort.

Despite its enormous suffering and cost, Western societies came out of World War II relatively optimistic and self-confident because we had a surefire narrative that we were the good guys.

We ignored that the war had left half the world under communist dictatorships. Here in the ‘free world’, life was good. Ever since 1945, life in the West has been a party.

This mood has underpinned liberal imperialism ever since. On balance, Western populations were supportive of the various imperial wars after 1945 as long as they could believe that we were protecting freedom and advancing human rights.

Don’t get me wrong, this is not a leftist argument. I love the West. The West is the best.

Unfortunately, however, we have deep state creeps and spooks who control institutions like the CIA and the US State Department who like to deceive us and play games with extremist ideologies to further their imperial agenda and their personal careers.

These deep state spooks don’t believe in freedom or liberty. They believe only in power, and they will say and do whatever they believe is necessary for their power to increase.

If that means flooding Western countries with millions of undesirables, they’ll do it.

If that means supporting extremist ideologies such as Wahhabism in Afghanistan to get the Soviets out in the 80s, they’ll do it.

That all of these Machiavellian schemes blow back on to the people of the West is irrelevant and unimportant to them.

They care only about power and damn the consequences.

These mad lunatics have been nurturing a neo-Nazi front in Ukraine since at least 2014, and now the Russians are exterminating those Western proxy warriors at their final holdout in the Azovstal steelworks in Mariupol.

The leader of the Chechen forces in Mariupol is urging Putin to use a battlefield tactical nuke to clear it out.

The deep state neocons pushing for war would love that, as it would move us further up the nuclear escalation ladder and justify more Great Reset clampdowns on the populations of the West.

As America made the transition from a nation to an empire between the first and second world wars, a mindset of amoral pragmatism took over elements within her ruling elite.

This amoral approach to global strategy has now led to such an accumulation of deceptions, false flags and distortions, it’s hard for the average Western normie to keep their head screwed on straight.

They can’t keep up with what they’re supposed to believe anymore.

The West justified supporting dictators during the Cold War because fighting communism was more important than spreading liberty. It led America to prop up thugs no better than the communists we were fighting.

As the Cold War wound down, Western intelligence agencies cultivated networks of Islamist extremists to deploy for various foreign and domestic agendas.

Anyone who thinks the Western deep state was totally uninvolved in the 9/11 attacks just enjoys being brainwashed at this point.

Now we’ve got Western NPCs putting Ukraine filters over their social media profiles to support a group of criminal thugs who rape and torture women while telling themselves they’re the master race.

The same deep state bureaucrats who took out Trump, who hate conservatives and who have pushed the fake global warming agenda to destroy our economies are now telling us we have to support Nazis.

I don’t want to see Russia and China win World War III but at this rate they will because our elites are so amoral, corrupt and incompetent. They’re leading us into an abyss, and I fear things are already too far gone for us to salvage the freedom and liberty we tell ourselves we love so much.

But let’s make sure it’s against the right people. 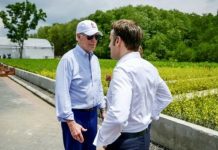 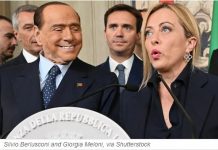 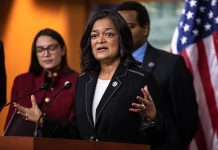