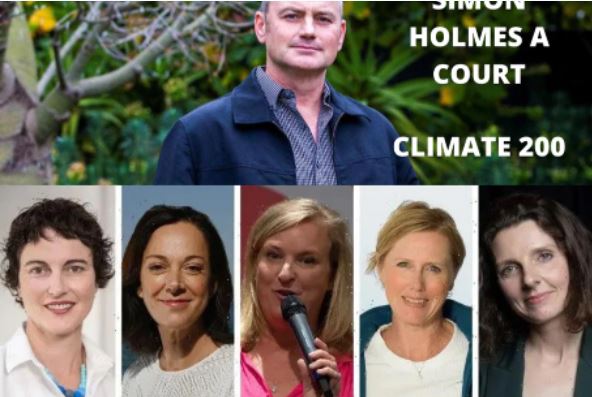 Did you get your ‘democracy sausage’ on Saturday, dear reader?

Not the democracy. Nor the sausage.

The eco-utopian fundamentalists won and now we’re all going to experience the steady slide down into our South American future a little faster than we’d expected. Yippee.

I have triggered quite a few mainstream conservatives with my critiques of ‘democracy’ over the years. Some said I was cynical, others extreme. Some just simply couldn’t process how anyone could not believe in the Australian secular religion of democracy.

I am cynical, but I was also ahead of the curve. All of us can see now that our system of government is not an expression of the will of the people but rather a charade to keep the people under control. It’s fake.

The news is fake. Our education system is fake. Our economy is fake. And now we’ve had it clearly shown to us that our system of government is fake, too.

Australia is not a democracy. That’s part of the fakery. You can call it a representative democracy, but it’s really a rehashed form of the Roman republican system of government. It was put together at the time of the American War of Independence and our Federation model was largely based on it.

This is an important detail, because the Roman Republic was always a cover for oligarchy. The plebs would revolt occasionally, but power always remained with the few at the top who moved in the right circles and came from the right families.

Over time, this led to outrageous corruption and incompetence among the ruling elite. By the first century BC the Roman people were thoroughly fed up with it and supported the rebel oligarch Julius Caesar in his war against the clique who thought they were a superior species to everyone else.

I think the same thing is going to happen to America. Let’s wait and see.

In the meantime, Australia has its own little oligarchy putting on the puppet show of politics for the amusement and distraction of us plebs. Sometimes they get up on stage and perform too, like Clive Palmer.

Usually, though, they’re discreet, using front organisations and backroom meetings to leverage the politicians they own.

But not this guy.

Simon Holmes a Court, son of billionaire corporate raider Robert Holmes a Court, decided the bogans were having way too much say and so got together with some other billionaires like the guy with greasy hair and baseball cap who made a website to buy the election and usher in an eco-globalist, totalitarian dystopia.

I bet they have solar at their country estates. When the grid goes down and your kids are scared, they’ll be fine.

The thing is, what Simon did by creating ‘Climate 200’ and the teal independents to harness the protest vote in the richest electorates in the country is nothing new. What’s different is that he did it out in the open.

Doesn’t he know you’re supposed to bribe and lobby in the background so the plebs don’t notice?

It’s just so vulgar. It’s as though Simon is just used to always getting his way and thinks decorum is for little people.

For Simon, this thing was personal. He’d bankrolled Josh Frydenberg on his way up the ladder during his early career. They were besties until 2018, when Simon wrote an op-ed supporting the closure of AGL’s Liddell power station.

Josh booted him and the two have feuded ever since. The teal independent strategy was personal for both of them, and now one of Simon’s pet candidates has unseated Frydenberg from his safe Melbourne seat of Kooyong.

Simon’s been crowing and flexing against the Liberal MPs he pushed out since Saturday.

You feel like the system is working for the people when we just sit and watch a caste of brats who all went to the same schools, live in the same suburbs and know the same people play ego games with the nation’s future?

While we get locked down, they get on their yacht. While nana sits in a quarantine camp waiting to see the grandkids, they don’t even go through customs.

While we’re trying to make ends meet so our kids might have a better shot at life than we got, they’re calling themselves ‘philanthropists’ and using foundations to avoid taxes and fund biowarfare agendas to bring in a technocratic New World Order.

If a billionaire happens to be a Marxist, he can use the power that money brings to create a network of anarcho-communist terrorist groups to destabilise the West and destroy our borders.

For far too long the political right in the West has been gaslit and brainwashed into idolising these elite billionaire cretins while they sneer at us for our naivete and stupidity. It’s got to stop.

These people aren’t the characters in an Ayn Rand novel. They don’t build the economy. They don’t create jobs. They own things, and due to central bank and government policies that they control those assets constantly increase in value while the buying power of your wages steadily erodes over time.

There is a world of difference between the millionaire business owner down the road who’s worked his guts out and employs his fellow citizens creating value for the economy and these slimeball, rent-seeking, asset-owning billionaire parasites who get bored of the parties and the holidays and start buying elections to push their beliefs down onto us plebeians because they see us as an inferior species who are too stupid to govern ourselves.

Free market fundamentalism has gone too far when conservatives are defending communist billionaires from criticism because ‘that’s just capitalism’. We haven’t had free markets for over a century, since central bank financial manipulation and creeping socialism began robbing from the productive and the virtuous to bribe the useless and the lazy.

What we call democracy is just a fig leaf for oligarchy. The system has reached the end of its life.

We need a system governed by a champion of the people and an enemy of the oligarchy. An anti-elitist who draws his power directly from the people, who could restore merit as the primary criterion for public office and drive utopian ideologies out of Western politics forever.

BERENSON ON AUSTRALIAN DEATH SPIKE: IS IT THE JAB?