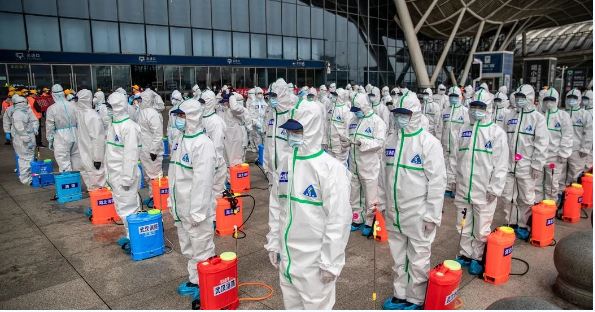 It’s just so clear to me that an organised adult would make a list, take that list to the supermarket and therefore be as efficient as possible in product selection. As the Americans say, it’s a ‘no-brainer’.

My wife, as is so often the case, takes the opposite philosophy. She’s more of a ‘vibe’ shopper. Needless to say, if she shops hungry, our snacks cupboard overflows for the next few weeks.

The post-COVID instability has broken me, however. I no longer bother making a shopping list. I just turn up, see what’s there and plan accordingly. Given that most of our shopping now is for preps, we just look for what’s on sale that week and bulk up.

The ongoing instability in supply chains has many causes. Nothing is simple. There are problems with shipping, staffing and logistics here in Australia. The primary cause, however, is Chinese lockdowns.

When the factories and ports which send us our cheap consumer trinkets are shut down for weeks and months on end, this has flow-on effects which ultimately mean I can’t make shopping lists anymore. More dangerously, though, it leads to something called the bullwhip effect.

When people see that something isn’t in the shops like usual, they wait for when it appears and then buy multiples. Just like what we’re doing at our house. This has been happening throughout 2020 and 2021.

The thing is, that demand is not organic. It’s demand pulled forward from the future because people are anticipating the next round of shortages created by Chinese lockdown policies. Companies don’t know that, though. They see a huge boost in demand and think the economy is booming. They then put in ever-larger orders to those Chinese factories, thinking they’ll make a motza. When those products arrive, however, the demand has been met. Even the preppers are already stacked up. And so the stuff sits on the shelves, and the companies begin to go under.

If you’re interested in the mechanics of it all, George Gammon has done a good overview. He puts too much importance on central bank money printing because he’s an Austrian economics guy who hates the Fed, but his overall explanation is valid.

If slightly esoteric economics isn’t your bag, just skip it.

The too long, didn’t read of it all is this. The Chinese lockdowns which result from their obviously unattainable zero-COVID policy are breaking the global economic system. That’s a really, mega, massive big deal.

We have spent our lives living during a historical anomaly. What we take for granted – global travel, consumer goods, technological advancement, cheap luxuries – has been unusual to the point of unbelievable for our ancestors. We have also been conditioned by our culture to believe that this trajectory of ours will continue, and we are destined one day for the stars.

Except there’s absolutely no reason to think that. At all.

The historical norm for humanity has been anarchy. Even during the 19th century, there were violent cowboys in the United States, bushrangers in Australia and brigands in Europe. Pirates infested the seas of Asia. Until the 19th century, if a kingdom or empire wished to conduct trade then the sovereign needed the army or navy necessary to secure the trade routes. That made trade very expensive.

Despite what school teachers brainwash their pupils with these days, our ancestors weren’t poor because they were stupid. They were poor because the commerce necessary to generate civilisation couldn’t flourish. By the time goods reached their destination markets, the costs of transportation, tariffs and armed security had put them out of the reach of all but the nobility.

We British began to change this in the 19th century by bringing order to global sea lanes, enabling the first iteration of globalisation just prior to World War I. After the disruption of 1914-1945, the Americans resumed the mantle of global policeman.

The US Navy has guaranteed the sea and air lanes of the world since, enabling any country no matter how small to bring their products to a global market. Nations then specialised, ceasing the production of everyday necessities they could buy from elsewhere. This transformed regions from self-sufficient enclaves to over-specialised mono-economies utterly reliant on the global trade network to feed, clothe, employ and amuse their people. Australia, for example, became a mine, a high-end farm and a uni.

Alongside the American-controlled financial and political architecture of the world, all of this has made our current utopian living standards possible.

This system is invisible to most people on the planet. They just take it for granted that you can buy coffee in Moscow, sauerkraut in Melbourne and bananas in Montreal. This system is not invisible to the people who designed and run it, however. People like deep stater Henry ‘Heinz’ Kissinger, who calls it the liberal world order and has written about it extensively.

While accurate, that name is not completely honest. What we’re really looking at here, from a historical perspective, is the American empire.

This liberal world order – aka globalisation – aka the ‘international community’ – aka what Stan the Tan defends as the (racist but necessary) ‘global rules-based order’ – is a growth-based, expansionist military-economic world order founded on central banking, the US dollar as global reserve currency and the US Navy as world police.

The Americans didn’t invent it; they built upon foundations laid by the Portuguese, Dutch, French and British. They did, however, expand it to every corner of the planet.

I remember once needing lunch in Luxor, Egypt and being a bit sick of the local grub, so I went to Maccas. As I sat there eating my flavoured preservatives, I noted the irony that I’d come to this place to see the imperial New Kingdom Egyptian monuments and was being served the food of an imperial culture by the descendants of Arab conquerors. History’s a trip.

The liberal world order has been made possible by cheap commodities, global demographic tailwinds after 1945 and the ability of the debt-based monetary system to constantly absorb new markets and new debtors. All of those factors are now coming to an end.

Cheap, abundant commodities, particularly oil, are becoming harder to come by. Just about every country in the world, at least outside the Islamic world, is headed into a demographic winter. And most significantly, global debt is now imploding.

There’s an excessively annoying but extremely clever deep stater named Peter Zeihan who talks about this all the time. If you’re interested in what the collapse of globalisation is going to look like, and can stand his style (I can barely) it’s worth getting his recent book ‘The End of the World is Just the Beginning’.

He has a way of putting things into context which makes it all quite clear.

Zeihan is employed in the American deep state apparatus, so of course, he lies about a few things. One of them is that he argues America is pulling back from the liberal world order because America just doesn’t need the world’s goods and services anymore.

Bollocks. The American empire is collapsing because the debt-based economic model which made it all possible is imploding. The powers of the world are jostling for status within the order, or disorder, which will replace it. The Euro-American globalist Western elite want the Great Reset, and are seeking to impose it upon China and Russia. They, in turn, want a BRICS-led multilateral system with a commodity-based global currency system.

Who’s playing who in this zoo is hard to tell. The globalist Western elite have been on board with lockdowns, however how they think they can keep power with Western economies pulverised makes no sense to me at least. The Chinese are using lockdowns, and the bullwhip effect they generate, to hasten the demise of Western capitalism.

Are we seeing the result of long-range strategic planning by the communist bloc to weaponise globalisation by making the West dependent upon commodities from Russia and manufactured goods from China, with the intent of one day blowing it all up to destroy the West?

I think so, but then again I’m paranoid.

I see a conflict emerging between the declining West and the ascending China-Russia-Iran-North Korea axis that will go hot at some point in the next few years. It’s also highly likely it seems that neither side will prevail. The US has too much technological and military supremacy to lose but not enough to win without one side or the other burning the world to a crisp first.

That’s my baseline scenario for where this goes, dear reader. Until either side blinks, we’re looking at a steady escalation to nuclear annihilation.

America made modernity possible. The end of the American liberal world order might very well mean the end of the world as we have known it. We must prepare accordingly.

Even if we can’t make shopping lists. 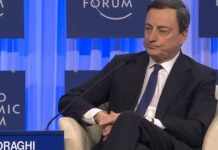 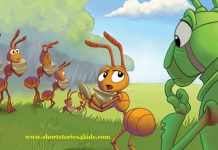 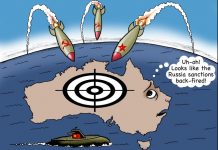 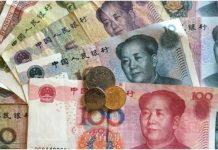 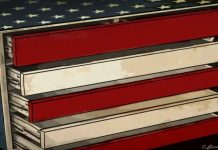