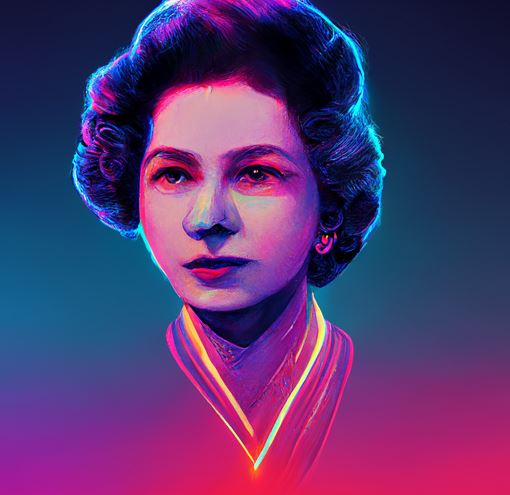 Ever since I was a kid, I’ve enjoyed public speaking. Something is thrilling about holding the attention of a room and bending the audience to your will through the power of voice and gesture. It’s a buzz.

To get more practice at it as a teenager, I went along to a local Rostrum public speaking club. I was the only one in the room who didn’t remember Pearl Harbour and who wasn’t wearing knee-high socks. The room had a distinct smell.

The oddest thing I noticed though was that, prior to each meeting beginning, we did a prayer to a picture of Queen Elizabeth II on the wall. I remember wondering, why are we praying to the old chick on the coins?

I was never, am not and will never be a conservative. I was born in a Housing Commission fibro on red dirt on the outskirts of Parkes. The conservative worldview, so at home on the North Shore of Sydney or in Melbourne’s Inner South-east, just never made sense to me. Once I became a grown-up, neither did its socialist antithesis.

As a churchgoing Christian, however, I meet a lot of conservatives and I have to admit they are the nicest, most honest, most decent and kindest people you’ll ever meet in your life.

If one is going to sign up for a political ideology, it should do what it says on the tin.

For 51 of the 77 years since World War II, we’ve had conservative governments in Australia. In all that time, they’ve conserved nothing. Nada. Zip. They couldn’t even defend the distinction between the genders.

In 1945, Australia was an overwhelmingly Christian country with high levels of ethnic cohesion, a strong sense of civic purpose and confidence in the ideals our civilisation is based upon.

In 2022, we are an ethnic melange at each other’s throats that can’t agree on the most fundamental purposes of anything with a toxic self-loathing that is promoted by the state itself.

Sorry conservatives, but you are the biggest losers in political history. If your ideology was a car, it would be a Yugo.

It’s time to face it. Your ideology sucks. It doesn’t work, hasn’t worked and won’t ever work. If you want your children and grandchildren to not be slaves in an eco-communist dystopia of sexual depravity and police state control, it’s time to ditch your useless ideology and start thinking about what is true and good enough to base the restoration of Australian society upon.

If you consider yourself a conservative and are still reading, bravo. Now ask yourself: What do you want?

Are you simply trying to preserve a perceived golden age period of around the 1950s when fascism had been defeated and communism was far away?

That won’t work. That past is dead.

Are you only concerned with preserving the material wealth of what is left of the Australian middle class? If that’s the case, then your worldview is built on a housing bubble. That’s not a political platform. That’s Monopoly for grown-ups but in real life, it’s the bank that always wins.

There was a time when men and women in this country used to imagine the future. Of course, when this slid into utopianism overseas and was used to bring in totalitarianism, it led to disaster. Yet in the English-speaking world, that never happened.

A hundred years ago, we used to build and dream and plan and imagine. Now, we try weakly to defend what’s left of our lives from the predations of an overbearing state and its ideologically-possessed minions.

Alex Jones was wrong about a lot of things, but he was right about the globalists. Whether you wish to acknowledge it or not, there is an elite agenda afoot that has been long in the making and which seeks to use ideological utopianism, political corruption and weaponised social control technologies to enslave we the people.

These people cooked up and released COVID, controlled the response and are now readying for the next crisis event to advance their agenda. You could call it ‘catastrophe social engineering’; the use of mass fear-inducing events to shove through reforms that systematically destroy our way of life.

Conservatism will do nothing to hold these people back. It lacks the ability to advance a counter-vision and is led by politicians, media pundits and oligarchs who are on the take and have been offered goodies if they tow the World Economic Forum line and destroy liberal democracy.

Charles III will offer no resistance to this agenda. He’s one of its central planners. He’s a toxic elitist like his father; he sees the common people as a parasitic annoyance that is destroying his beloved mother Gaia.

We’re the carbon he wants reduced, and now he’s on the throne.

Elizabeth II was a figurehead for Australian conservatives. She was treated with a religious reverence that, to be honest, bogan me found a bit creepy.

She’s not the Messiah, she’s just a nice old lady.

Now she’s gone, and we’ve got an entitled brat globalist at the head of the Anglican church, the Commonwealth of Nations and the state of Australia.

Conservatives, you need to face it. There’s nothing left to conserve. The establishment has declared war on us, and pretty soon anyone who used to consider his or herself a mainstream conservative is going to be labelled a domestic terrorist.

Your government is coming for you. Will you be willing to conserve at least your life and the lives of your posterity?

It’s the elites vs the people whether you like it or not, and the ongoing conservative attacks on populism are only helping along the dystopian agenda so desired by control freaks like Charles III.

King Charles would do well to remember his namesakes, especially Charles I. He also refused to accept liberty for the people.

So they cut his head off.