News INFLATION IS THE KRYPTONITE THAT WILL END OUR DECADES-LONG MONETARY POLICY PONZI... 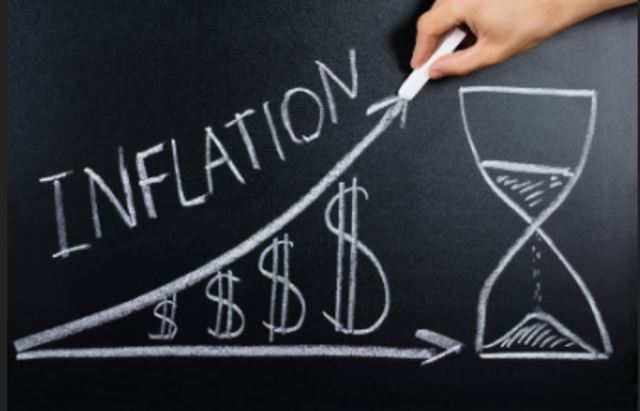 “It means buckle your seatbelt Dorothy, because Kansas is going bye-bye.”

The linchpin that allows the world’s nefarious central banking model to be so effective is that the commonfolk – the plumber, the electrician, the teacher, the bartender, bus driver or barber – don’t understand it.

Countless times, I have reminded my readers and listeners that the inflationary “machinery of night” blankets the most regressive tax possible upon the people who can least afford it, and does so in an extraordinarily convenient way for elites, politicians, central bankers and central planners whose titles and “jobs” hinge upon nobody questioning them and/or figuring out how the system works in the first place.

Today, the fabric of our modern banking world is held together by a logical fallacy of a system, wherein central banks are afforded the asinine luxury of being able to print infinite amounts of “money”, which is then disproportionately distributed toward the ruling class, billionaires, and elites, instead of the people who need it the most.

This shows up, literally, as a widening gap between the “haves” and the “have nots” that has widened consistently since the late 1970’s.

As a result of the most recent re-distribution of purchasing power disguised as “monetary stimulus” during the Covid-19 “crisis”, billionaires amassed an additional $4.1 trillion of wealth during a period of time in which the World Bank estimates that “some 100 million people have fallen into extreme poverty,” Bloomberg reported, in conjunction with the World Inequality Report, in December.

As I have asked many times, when the Fed considers stimulating by printing trillions: why not just divide up the money evenly amongst everybody in the country?

Why must it be re-balanced and then deployed in a fashion that benefits those who already own financial assets?

The answers to these questions belie a bigger problem: the global economic “system” and monetary policy as a whole.

In the early 2000s and 2010s, posturing as though QE was a one-time experiment that “worked” because inflation didn’t run rampant was easy for central bankers. But now, in 2022, it looks as though it is finally time to pay the piper.

Today, the Fed faces a fork in the road where, in one direction, stocks collapse because of rising rates – and in the other direction, the dollar becomes worthless as we fruitlessly attempt to print our way out of debt.

But in 2022, unlike other points in history, we are facing this challenge at a time when the world has never been more aware of the false narrative central planners are trying to perpetuate.

Over the last decade, the populace has started to get wise to the con. Thanks to the popularity of cryptocurrency, many people who wouldn’t otherwise be interested have started to learn how our fractional reserve central banking system works.

I’m not the world’s biggest advocate for cryptocurrency, but I do support the fact that it has educated an entire generation of investors as to the pitfalls of modern day monetary policy.

I just happen to believe it will also educate the same generation of investors lessons about intrinsic value, mania, the madness of crowds, the mechanics of Ponzi schemes and the greater fool theory.

In addition to younger generations “catching on”, older generations have likely moved inflation to, or close to, the #1 spot in their political priorities list.

As I’ve said many times, mainstream newsmedia’s coverage of inflation means that it has become a hot-button issue that people want answers about. In an election year like this, politicians want to deliver those answers – or at least deliver bullshit that sounds like answers – to voters in an attempt to appease them.

And therein lies the beauty, and the tragedy, of it all: there is no easy way out for anybody. Politicians will run out of excuses and the few they have left the people won’t believe.

The Fed will sit in front of Congress resembling a trembling and tearful addict who has hit rock bottom in the hours before accepting treatment on the TV show Intervention. Last, but certainly not least, collectively, as a country, we will bear the brunt of the consequences of central planners’ decades of deception, our naivety in trusting that it was all under control and the world’s willful ignorance in letting it unfold.

For years, politicians and central bankers have been relying on flawed monetary policy to try and endlessly appease their constituents with promises of grandeur and excess while they pull the strings on a system that socializes losses and privatizes profits for the elites.

They’ve done this with success, subtly sending the message that “everything is always going to be okay, so no one needs to ever question authority or the powers that be”.

Monetary policy has worked splendidly for the elites and central planners over the last few decades and, while it has resulted in a wider gap between the lower and upper class than we’ve seen in 50 years and a country that is nearly at civil war with itself, the harrowing machinations of the monetary motor have all happened behind the curtain, under the cloak of night.

This has allowed the elites and central planners to side-step responsibility for 50 years worth of gripes and misfortunes, while being able to point to the stock market to try and convince the populace that things aren’t as bad as they seem.

But this time, things are definitely as bad as they seem – and everybody understands it.

This time around will resemble nothing like the last 50 years.

People are going to want answers to the inflation problem and the Fed doesn’t have any. A market collapse would only add to the panic and hysteria that is already bubbling up as a result of skyrocketing prices.

Amidst a historic supply chain breakdown and supply crunch, I believe we’re only a couple CPI percentage points away from the psychology of hyperinflation starting to set in, wherein people consciously abandon dollars and start to hoard basic products.

I also believe there are a lot of politicians out there who don’t even understand the shit that we just collectively put our foot in.

I’d love to give them credit for being smart enough to just outright lie to us about the country’s economics, but I think the reality (and tragedy) of the situation, as we often find out during Congressional hearings involving finance, is that most politicians don’t even understand the basics of our country’s precarious financial position.

And now, because the whole world is on alert, paying attention, and acutely aware of the problems we face, every single move that the Federal Reserve and our politicians make with regard to inflation and monetary policy is going to be scrutinized in a way it has never been before in American history.

Ultimately, many people, myself included, believe that there will be no way for us to escape a catastrophic end result: markets will crash, the dollar will collapse, or a combination of both.

This is why many “conspiracy theorists” are screaming bloody murder about the World Economic Forum’s Klaus Schwab‘s “Great Reset” plan as being so toxic.

The people speaking out about the plan this early see it for what it likely really is: a pre-emptive strike by the powers that be to engineer a much-needed solution to a catastrophic problem that is barreling directly towards us.

And, like all solutions that central planners and governments offer, the “Great Reset” results in fewer civil liberties for the rest of us and more power for the oligarchs.

The “Great Reset” will just be another form of “QE”, in the sense that it’ll be a tool for disproportionately dividing up the finite world of resources and power on Planet Earth amongst those who Schwab, and his ilk, deem most worthy.

The fact that Schwab’s plans have already been turned into fodder for ridicule by the alternative media is a positive sign: people are starting to wake up.

And here’s a message to the bankers, elites and central planners to read carefully: we are all already on notice. We now know how the rigged game works and we plan on placing under a microscope every decision that is made from this point going forward.

We will not relinquish further civil rights and we believe that, through decades of living through this planned system that has usurped us of power and liberties unknowingly and unwillingly already, we have earned the right to criticize any and all proposed solutions that don’t act in the interest of freedom and liberty.

We will do this peacefully, as I am doing today, by exercising our first amendment rights and doing our part to educate and inform those around us of what has clearly come into focus to those of us with our eyes wide open.

The unfortunate news for the elites and central planners is that not everybody out there is sleeping anymore. And get ready, because many of us that “slept” through Covid are about to be jarred wide awake by inflation.

This article first appeared at Quoth The Raven on Substack 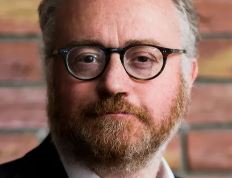 GOVT ENGINEERED BOOM AHEAD – HAVE A PARACHUTE READY 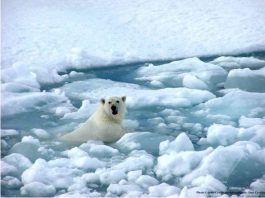 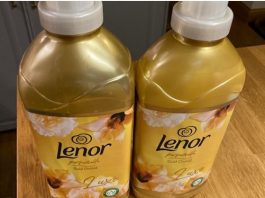 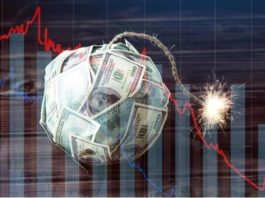 IT’S A FACT THAT NEEDS REPEATING: THE FEDERAL RESERVE IS A... 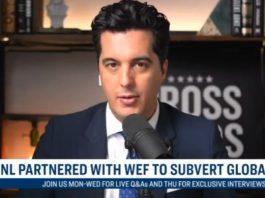 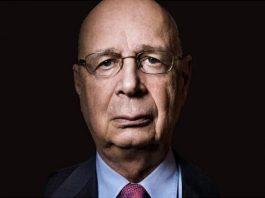