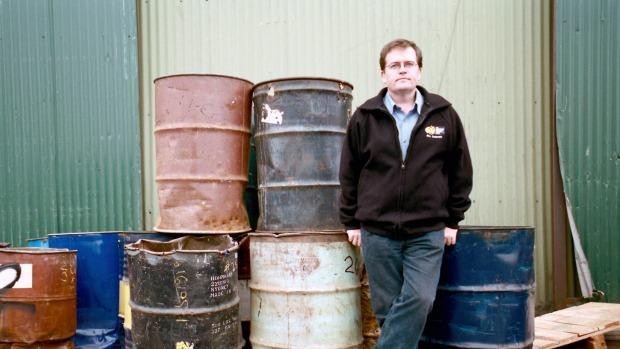 Do you want to know how utterly stupid Labor really is? Yeah – I know there are multiple answers to this rather open ended question but bear with me here. Let me tell you how categorically – how utterly – how emphatically – stupid the Labor Party is. Just in case you didn't already know.

Bill Shorton's big conference – his 'Advance Australia' rally – (so short on creative that they have simply pinched the first two words in the title of the National Anthem for their theme) – has a merchandising component where they raise money – more money – for their election campaign that hasn't been announced by anyone as yet. Tables groan with Labor crap for sale at this conference, including the big sell out item (which they have now run out of). Wait for it…

It's a Tea towel with Julia Gillard's Misogyny rant printed on it. A Tea Towel! Are you getting the connection here? A misogyny rant printed on a Tea towel. The tea towel being one of the most tangible symbols of women and their oppression – being tied as it were to the kitchen sink. Even an apron would have been a better choice. But that's how bloody stupid Labor really are.

The misogyny rant itself was a ridiculous unfounded rave that would – like most things Labor – take the heat and emphasis out of whatever the real issue was at the time and it's even more preposterous when levelled at Tony Abbott. He might be a lot of things but a misogynist he isn't. He lives in a household made up exclusively of women for a start. But nothing was stopping Gillard at the time.

Forget the fact that this woman had been a moll to several bullies and union stand-over merchants – she chooses Tony Abbott to finally vent her spleen on. Forget the woman whose marriage she almost wrecked by playing hide the sausage with her union thug husband. You remember the one – they bought her first house with Union slush fund money.

Forget several other blokes in both the Labor Party and various other unions as well. And she wants to talk about misogyny?  What thinking woman who has a genuine care about women being in a vulnerable position, sleeps with and carries on a public affair with a married union creep who could be a bit handy in the force department if it comes to it? Julia – 'I hate misogyny' – Gillard.

And so this morning Shorten addresses his Nuremberg rally of Labor faithful all beaming up at him – freshly kissed -from the front row – as he outlined HIS policies for the 'advancement' of Australia. He's gonna turn back the boats. Which boats he is talking about is anyone's guess as they have been turned back for almost two years now. Er- they're already turned back Bill. The issue is over Bill. Tony did what Tony said he would do and turned the buggers back. It has worked Bill. The problem is all but solved Bill.

Christ! Maybe Bill you would like to put insulation into Australian homes again. Or maybe another grand handout would be nice for all the bogans to buy tellies and grog and poker machine time with. I remember getting very interested in that one. I asked several local shop keepers if KRudd's handout was a benefit to their business. Guess who the three winners were. The local Retravision man (they have since gone broke nationally) said to me that the pattern was astonishing. All of a sudden he was inundated with bogans and their screaming kids and welfare bludgers wheeling shopping trolleys into his store.

Stacked with 'slabs' and wine casks and potato chips and Coke – they wanted at least one keepsake from their windfall and that was the new telly. He sold more tellies in a week than he had in the previous four years. The next biggest winner was the pokies – as thousands headed to their nearest venue to stuff their ill gotten windfall down their throats. Well done Kevin. It only took the Howard Government 10 years to build up that money.

Then there is Bill's biggest 'powicy' after his genius idea of turning back the boats that aren't there. Wind power. Great in a country, that in fact, has very little wind compared with many places in the world. Great – even though it won't deliver a poofteenth of the power generation that coal does. Great even though it costs a fortune -per kilowatt- to deliver. Advance Australia indeed Bill.

Then there are these poor kids he wants to free and bring into our society. The next stolen generation. The ones in the detention centres – taken there by their illegal immigrant parents. I can see some lovely payouts coming with that one Bill. But Bill is going to free them and it will all be arranged by one of the Labor 'consultants' who is not answerable to governments. So an independent Labor appointed person allowed to make decisions about who comes into our country. Brilliant!

Of course, when the kids are pulled out, it will only be a matter of weeks before their parents and the remainder of their families join them in the welfare junket that is Australia at the present time. But Labor doesn't understand that.

They are too used to being propped up by fists-full of cash extorted by the union thugs who support them.

Think that last one is a joke? Well if you follow the Royal Commission into Union Corruption you would have seen the dozens of small business men and women who have attested, with bank statement proof, that they have been paying extortion money to the CFMEU – preferably in cash or in cheques made out to the relatives of the thugs demanding it. They have arrested and charged two of them already. But that is of no interest to the Labor Party. Not even Bill Shorten who did not manage to answer a single question at the same Commission the other day. Why? Because if he had been honest – he would have been arrested too. Great Prime Minister material!

Funnily enough, the channel carrying Shorten's Rally this morning was peppered with ads from the CFMEU screaming at the cheek of the Liberal Party for daring to question their tactics. Extraordinary!

And here's the bit I don't get. The rabble that is the Labor faithful – these socialist, bogan, lazy, idiots – just can't see that Labor, having sent us broke, in fact broker than we have ever been since Federation – wants to put the final boot into a carcass that is Australia and that just eight years ago was alive and kicking and full of promise. I just hope that the accompanying screaming gangs of university students supporting the 'free all detention centre inmates' will have real trouble finding something that resembles a job in the future. Because the way Labor is going there will be nothing left to bully or extort.