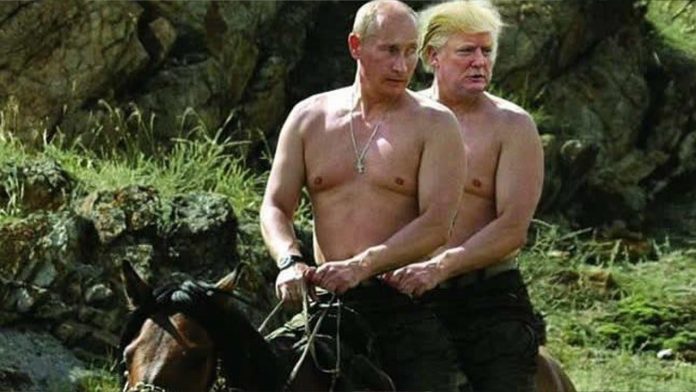 It was with considerable trepidation and a licking of lips that I punched 102 into the Foxtel remote last night to witness the rudderless hate fest that is the Australian Labor Party. This, I might add, has been unwittingly brought to our screens by the ABC – that stalwart of all things Labor and an organisation it must be said loathes the Liberals with a cultural detestation that you could cut into chunks and squeeze the white collar sweat from.

I wonder if there was a boardroom meeting at Aunty recently, in which someone high up said,  "aren't we exposing the highly flawed ALP here with this documentary? We shouldn't be doing that, surely?" And the answer is – no you shouldn't, from your traditional standpoint, but you sure as hell have!

Thinking they had gotten somewhat of a mini-series scoop to rattle the commercial stations, they have tried to deliver the goods on who done who wrong, which has turned out to reveal categorically, the depth of amateur delusion and hatred that permeated every pore and waking moment of the last Labor 'Gumment'.

And it was not a hard task. All you had to do was to give Kevin Rudd an audience (something he misses dreadfully I will wager) and then ask for a response from Gillard on what he says about her, and the rest of them to fall into line against which ever one they hated the most and the massed abhorrence is exposed in all its gory after-glory of dodgy memories. Some true, some absolute lies.

Kevin tries to make out he was a visionary, a harmonious saint, and Julia tries to make out she was Joan of Arc… forced to throw herself on to the pyre of party dysfunction for the good of the party. But not without having the last word. Julia doesn't like laying down for nothing.

Gillard of course just goes in for the kill. It makes no sense of course that the man she championed right to the end – giving him plum jobs and glowing testimonials on his tenure, was in her reality, a bully and a control freak and a few other nasty little things as well. Of course she couldn't mention it at the time because, while Kevin was invading her 'spoice' and making her feel threatened, she was determined to topple him from the top job at the first available opportunity.

While it makes sense in this day and age that a bully needs to be dealt with at the earliest stage, Julia in her wisdom only bothered bringing that to light a couple of years after the fact. And after the shit had hit the fan.

The full decline of a man who saw himself as a Messiah, and his union loving deputy, will unfold throughout the final episodes but the signs were there from the outset that this would be a partnership where two strong wills would clash in the bloodiest of battles right to the end.

Kevin the Messiah versus a woman desperate for a variety of reasons to be the first female at the helm.

He even said early on, when referring to the electorate, "they think I can walk on water!" Sadly he thought that too. He said he always wanted Julia to take over from him. In reality, if Rudd had been voted back for a third time, Julia would have had Buckley and Nunn's chance at the big office. Not while Kevin was still playing Messiah.

Greg Combet was one of the more telling adversaries saying he was apprehensive from the outset. He was furious at the way Beazley was treated by Rudd and Gillard. Beazley was the Labor leader without the mongrel element, uncharacteristically for Labor, a gentleman.  "I had the shits big time" he said. "Fuck this… I'm sick of it!" Shorten was marginalised and so were other ex-union heavies.

But with Labor you don't get far without a great deal of forelock tugging in the direction of the unions – the faceless men that run the Labor show from the shadows.

Part of Kevin's downfall was undoubtedly his predilection to be overseas all the time strutting his stuff as the PM. Of course when he did this every second week, Julia was in the chair. And she liked it. It's hard to be PM from 10,000 miles away. She confirmed our fears when she said that Kevin was "anxious to strut his stuff" – carrying on the impetus and spiel of the election campaign long after he had won government.

He loved audiences with foreign leaders but, while he was doing this on trip after trip after trip, Julia was signing the documents of the day's business in Australia. She was being the PM! It was Rudd's biggest mistake and he didn't know it.

Watching this I was reminded of the words of Joe Pesci talking about the cock-up of the Mafia bosses letting the hoods run a Las Vegas Casino. "They gave us the casino to run and we fucked it up. It will be a long time before we are allowed to play with anything that fuckin' valuable again."

I have walked away at this point – Julia is blatantly rewriting history and Kevin is denying everything she is supposed to have said that is derogatory to him. She says, "it was all about managing Kevin." I don't doubt that for a moment. It was also about Julia's lust for the Lodge.

Stay tuned for any noteworthy revelations from  episode 2.