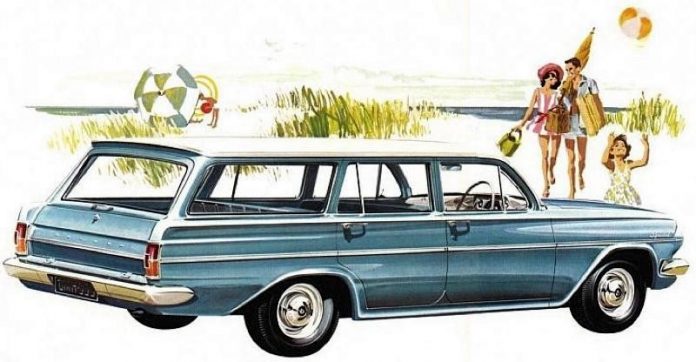 You can say what you like but Australia is rooted folks. Completely rooted. There are some things that we cannot recover from and one of them is seven years of Labor follies and free-for-all spending. This time – unlike past times- they have simply gone too far. There's some stuff you just cannot recover from.

No Liberal Government can work miracles with what they have been left with this time. It took Howard and Costello 10 years to pay off the last Labor debt. But that was a paltry 80 billion, give or take a quid.

In the meantime, Australia has a new population of freshly 'adult' bogans who were 12 when Kevin hit the rostrum pounding out his already tired and undeliverable slogans to the 'faithful'- who are now of course unable to get a job. But able to vote Labor. You have a new raft of university students working their way through Student Councils and Socialist Alliances doing psychology and Arts degrees with no real hope of ever getting a job using them.

I spoke to a kid in our town the other day, a lovely little girl with two degrees in psychology who simply cannot get a job in anything that involves psychology – so she works as a waitress in a coffee shop for 10 dollars an hour and has done so for the past three years. It's the only work she can get despite going for a million non related jobs last year.

And there are bus loads of other kids in the same boat.

As I type this, Australian icons like GM-H are being torn down in Melbourne and Adelaide. These once highly productive buildings are hitting the ground – one by one. In a few weeks, the buildings where our Nation's car was manufactured will just be dusty paddocks being salivated over by men who develop $500,000 two bedroom concrete apartments.

Even Ford, which had proudly produced Australian versions of the global brand for 90 years this year, is being pulled apart and sent to Sims the scrap metal man. Thousands of workers can never expect to get a job in the car industry again. Okay, perhaps if you are 60 – but not if you are 37. Finished. Sure you will still be able to buy a ‘Ford’ or a 'Holden', except it will be a European or American Ford and a Taiwanese or Korean Holden that is in fact a Chev.

The sad thing about this is that I am old enough to remember being driven down the High Street in my father's lime green and white Holden FB to see the unveiling of the fabled EH in 1964, which had been under a sheet in the window of Burnside and McClure for an agonising 48 hours.

The whole bloody suburb had turned out. I was 10. You could have unveiled Sophia Loren giving the Italian Navy one next door and every eye would have been watching as the Actil was pulled off the mint green Station Wagon Premier. (Oooh! It's called a- a – Premier! – gasped one faint mother) its iridescent flanks gleaming as the door was flung open to reveal… leather seats! A thousand young bottoms which had only ever felt hot vinyl gasped as well.

More gasps from the faint mothers. We looked at the badges – a 179 cubic inch monster rested beneath the glassy bonnet threatening to destroy the four inch cross-ply tyres .

I thought, “Wow – Australia is a great place to be”.

Now imagine that happening outside a Hyundai showroom today. Nah – the dream is gone. Our dreamtime is over. We have nothing to look forward to. Even the Bogan faithful are strangely torn  – no more V8s and no more Ford v Holden punch ups. 'Loife's a bitch'.

There are literally hundreds of other factories too that have taken down the shingles- unable to make anything in this country anymore because margins and unbending union demands have made the fight a waste of time and a waste of whatever dough is left over. Which isn't much.

Meanwhile, the unions under Labor came back like a freight train with a dose of herpes and did as much damage as they could in seven years, which is why several have been sent to jail and the others are flat out with their lawyers trying to explain away how they needed $500k salaries and prostitutes and trips to Paris to do their jobs effectively.

And idiots like Shorten not only helped to put them in power – but backed them when the shit hit the fan. They produce nothing. They simply destroy when unshackled by a government rabble that spawned them.

New Zealand is a winner though. They work for a bit less than we do and factories are moving there and for the first time in decades they are really producing stuff. And their dollar is on the up as a result.

But we will wallow in the self pity of the global crisis, which was Rudd’s and Swan's favourite two words, and blame it on the rest of the world.

Even our mining sector is slowly sinking into the unknown. Prices are down for iron ore because other countries have gotten on to the band wagon and China doesn't care where it comes from as long as it is cheap. You can even buy our gas in China cheaper than you can buy it here. Go figure! So Melbourne and Sydney aren't quite Detroit just yet.

But visit You Tube and take a look at Detroit these days and you can see the end result of things that get stuffed up by people. With no hope of a transfusion.

No pulse at all. Completely rooted.

And Labor wants to get back. And there are a shitload of morons who are waiting to vote them back in too. And when asked the other day about what his dream for Australia is when he gets in – Shorten said, "Everybody is somebody”. Can you believe it? Sadly Bill that ain't gonna cut it you moron! Then he rabbited on about more university edukation and free university edukation which as I've just pointed out Bill is bloody useless because there are no friggin' jobs mate! Thanks to you lot and the bloody greedy unions and their even greedier bloody union bosses.

Like I said, brace yourself, because if these suckers get back in we are really rooted. But be comforted in the knowledge that, according to the man who wants your vote, 'Everybody is somebody'. Fuck! I feel so rosy just knowing that. Worse still, it's the sort of thing that idiot Kevin Rudd would say.

There is an upside though. Clive, the man who loved to be called a billionaire is apparently down to his last 200 mil. The Titanic has sunk, the dinosaurs are out to pasture and the resort is getting a repaint. Or it has been mothballed. I get the feeling that when he runs out of the green stuff altogether, he might have trouble staying in Canberra.

If only Shorten could go the same way.