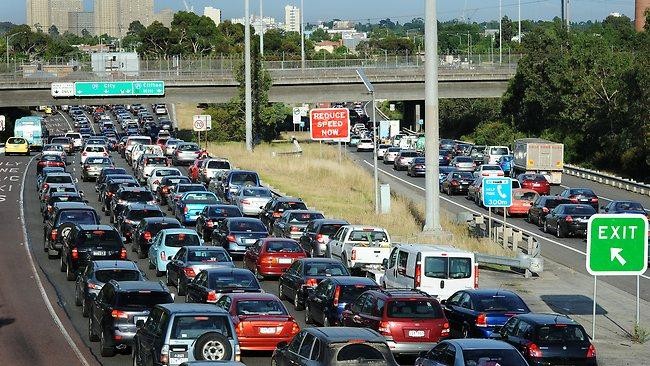 After just a few weeks of Labor, Victoria has been plunged into crippling debt ! Not even Kevin and Julia managed that. It took them six years and a concerted effort to ruin us!

If Labor had not gotten back in, eight life-changing short years ago, we would still be in the black and we would still not owe a living soul a bloody cent. Imagine that in an era when the world, including the good ole US of A, is up to its eyeballs in debt to China, Australia would be in the unbelievable position of owing nothing.

I have no idea what that does to our economy but no doubt there's someone here who can tell me. Maybe we'd be lending a bob or two and raking in the interest!

But in Victoria, where the memory of Labor's last spending fiascos are still sapping up billions of tax payer dollars, this latest Labor moron is about to throw away in excess of one billion dollars for absolutely nothing. As someone observed in the Herald Sun this morning, we didn't want a bloody twenty billion plus desal plant, we don't need a bloody desal plant!

But at least we got a bloody desal plant.

But one thing Melbourne does need is a freeway connection between the two freeways it does have that terminate in suburban streets creating what is known in the business as a bloody bottleneck. Every blinking day. One bingle brings Melbourne to its knees.

It is the only place in the world where freeways go from 5 lanes to one lane and 40 million traffic lights and cameras. Which pay for all the stuff the coppers need. Like super superannuation. And stress leave and 10 weeks annual leave.

So the Libs had the plans done. A great looking freeway with sculptural sound attenuation barriers that would make Henry Moore himself moist. A freeway that would actually keep things moving. And connected. Want to jump off it? You can! Want to get to where you're going? Stay on it! A great plan!

But this is what freeways are supposed to do? Keep people moving? I know the greenies think we should all be riding bloody bikes or walking and catching poxy public transport (which is nothing like Sydney's public transport) but Labor stuffed that up too.

You can't even buy a ticket for Melbourne's Public transport because Labor, the last time they were in, decided to ignore all of the other perfectly designed ticketing systems around the world that work perfectly, and invent their own.

Labor's ticketing system is like Kevin's Pink Batts system. A pig of an idea. Which doesn't work. It only cost two billion dollars give or take, but the bloody thing doesn't work and nobody knows why it doesn't work. Especially Labor.

So now they have to employ hundreds of thugs to wrestle office workers to the ground who have not successfully swiped their card, breaking their bones for non-compliance. This brings law suits and clogs our courts with lawyers fresh out of University and the Socialist Action movement.

So what has this pillock of a new Labor Premier done? He's said he will appease the Greenies and the lefties for supporting him by tearing up the contract which had been already been signed by the outgoing Liberal Gumment. Only one problem with that. A clause in it which he knew about. It basically says; "if the presiding Gumment of the day decides for political reasons to tear the contract up, we want 1.2 billion bucks to walk away quietly."

So this time we throw away another 1.2 billion for absolutely nothing! Sweet stuff all. Only Labor could do a thing like that. We watched them throw away 500 odd billion in Canberra over the past 7 years, but now Victoria, which was also in the black until fairly recently, will be in debt up to its arsehole again. And it will have nothing to show for it.

At least with the desal plant we have the scrap metal value.

So 'Denial' Andrews, the useless prick, said in the last hours of the election "I will NOT pay compensation!" But there's a problem with that. It has some sort of legal name when you renege on a contract but it probably can't be done. If you try to do it, the costs go through the roof with the legal fees that will be extorted while they work out just how much compo he does have to pay.

Either way billions are going west. Or south. And we still won't get a bloody freeway. And no- one, and I mean NO-ONE, will do business with Victoria again. Especially large building consortiums. And if they do, they will inflate the price of stuff so much, it will make the desal plant look like a bloody Boxing Day bargain.

Meanwhile any poor bastard that lives east of Melbourne's CBD has to spend about three and a half hours driving 30k to work. It's enough to make you move to Adelaide.