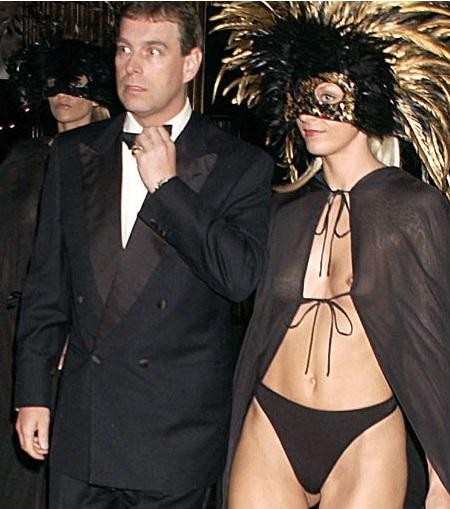 I'm feeling a bit sorry for Prince Andrew and if I'm to be honest, being a baby boomer, I have enormous respect for the Queen but her dysfunctional brood is a product, not so much of the strictures of a Royal upbringing, but of the contemporary lifestyle.

Today, millions more walk away from dodgy relationships than they did in our parents’ age when we stuck it out through thick and thin lest ye cause a scandal.

The Queen's children are hard pressed to find a valuable role in the world and even harder pressed, if single, to get a root who won't then tell the world all about it for money when it is over.

But this latest Australian woman who is screaming that she was a paedophile's number one girl and trained up to root Princes and kings (and Prince Andrew) is a load of rubbish. She was a conniving hooker. Nothing more, nothing less. She could have 'escaped' this 'dreadful' lifestyle at any time she wished as she flew unaccompanied around the world for her 'dates'.

She could have called the coppers if she was being held prisoner by this evil billionaire with his palatial digs in locations all around the world. She was rubbing shoulders with other wealthy socialites and could have whispered in their ear as well if she had wanted to.

But she didn't. She was really a highly-paid call girl getting at least $15,000 a shag by her own admission and could have walked away at any time she liked, given that she claims she met people like Prince Andrew in public bars and discotheques.

She even has the gall to rate him as a lover. What hope has a Royal to become a good shag given that he runs the risk of total exposure whenever the conquest feels in the mood for another payday, and nothing but the slim pickings of a bunch of title-hungry Sloan Rangers to practice on.

I have no sympathy for this woman. She made her decisions and decided to become a hooker to the rich and famous. Sadly because some men labour under the misapprehension that young women are better, her tenure was limited. More fool her. She made big money, got to see the world, got to rub shoulders (and a few other things) with powerful people. Be grateful. You made good money.

Most at your age were working at McDonalds for 8 bucks an hour.

But, as is always the way with these people, they see a pay cheque at every turn. Like the bloke who cut Jack Nicholson off and then got all amazed when Jack appeared at his car window flourishing a two iron and threatening to dent his car. He got a 'Gregory Peck' from Jack for half a million dollars for that. I'd love an opportunity like that!

But to willingly go and shag Prince Andrew for 15 grand. Nah! Any thinking woman would know it's not worth it. But there would be a queue round the block willing to give him a try.

To come out of the woodwork 20 years later in the hope of yet another windfall is really just a return to what you started out in life doing. You are a hooker. Get over it!

COP26 IS ALL HOT AIR – POLITICIANS DON’T CARE ABOUT CLIMATE...