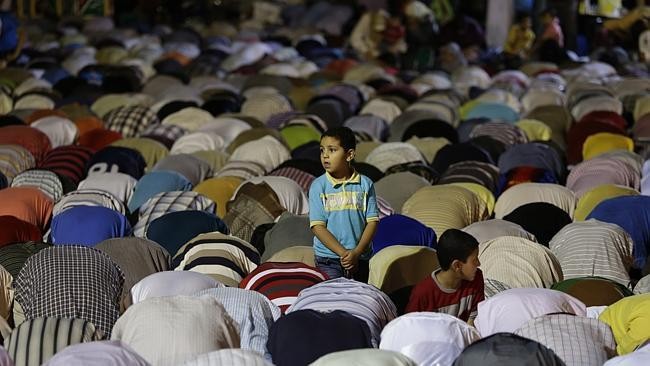 Australia – my Australia – is a place where I grew up embracing multiculturalism. I knew nothing else. A baby-boomer and all my mates at primary school were New Australians, as we called them then. Their parents had fled a war torn Europe to a country that was as far from their shell-shocked motherlands as it was possible to be.

Many had lost everything. Most had no employment. All they wanted was a fresh clean start and a place where the opportunity existed to bring up a family where their lives were not threatened.

I, like others, watched  scores of videos on YouTube and the changes in Britain with the massive insurgence of Muslims and I saw the real ramifications. The hatred. The name calling. The scared and bewildered Britons as they watch their suburbs change hands.

The wild fright in the eyes of young women who used to walk down their streets without being abused for being both White and English… and Christian, and just for being women. Apparently all non Muslim women are whores. Their world has changed irretrievably. And irrevocably.

What will it take before this madness takes Australia by the throat and we have more incidents like the riots we got a whiff of in Sydney not that long ago?

Do the extreme examples of this evil cult have to include the slitting of our throats for these do-gooders to sit up and take notice? Do they have to behead a few Anglo-Australians and put their heads on steel picket fences like they do in their own countries? Will this stop those in power from pussy-footing around the political correctness issues… shit scared to insult Islam?

This extreme Islamic Sharia Law is not a religion. It is a murderous, hateful, barbaric and intensely evil regime – every bit as wicked as anything people like Hitler did. And they say that will never happen again? Like hell it won't! It is happening! And people in power in this country are doing bugger all about it. In fact they want to bring more Muslims in. More young thugs who will go to their mosques and learn about implementing Sharia Law in Australia as well as in other countries.

They will even convert their own children who have been born here to follow in their footsteps. What sort of hatred has been instilled in an 8 year old boy with an Australian born grandmother that allows him to hold up a severed head with a smile, like it's a football.

A normal child would be vomiting and scarred for life.

To the so-called peaceful Muslims – I'm prepared to believe you do exist, and I say, “Stand up! Bloody well say something! I don’t want to hate you! Denounce this profoundly confusing evil which you say does not apply to you… although the message is coming from your mosques and your Imams”. Stand up and condemn what you see. Help us believe that you do exist. Help us to see that you are worthy to live with us in this wonderful country of ours. Help us to believe that the billions we have spent on you and your new 'lifestyle' is worth it.

We too have come from all over the world, so Australians don't hate anyone. But now, for the first time in our lives, we are starting to hate what we see and hear. We are learning to understand what hate is, and we don’t like it. And the revulsion we feel for Islam and everything it stands for is overwhelming us.

The pollies might talk in clichés and insipidities, but I can assure you we the people don't. And if you think your knife-wielding young men are afraid of nothing, then think again, just wait ‘til you see what a bunch of young Australians can really do when fully aroused.

Foreign lands are full of our graves… we were prepared to die for freedom long before you assholes came along.