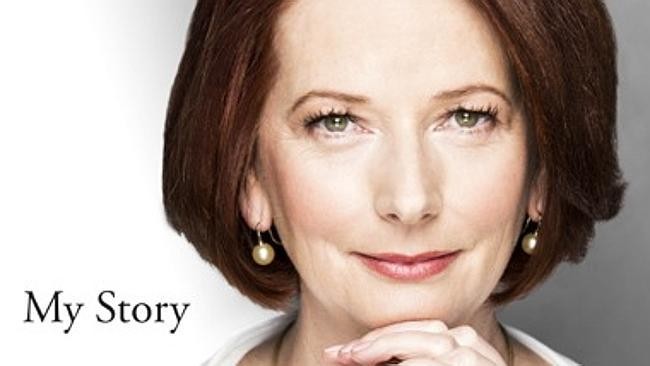 I've worked out why it is that these bloody Laborites, having left us behind in the flotsam and in Kevin's case, jetsam, of the shit fight they created, feel they have to madly get pen to paper quick smart. The tomes are literally queuing up at University Press and others in the wake of the worst 'Gummint' we have ever endured. Barbara Cartland has nothing on these pricks!

The reason is not only did they not get to finish the job (for which we can be eternally grateful) they didn't get time to explain themselves or justify what was six years of unmitigated garbage as a party before being elbowed off the rostrum by a happy, but extremely bewildered, Liberal Party.

The mess, when coupled with the residual joke that is today's Senate, is going to be the toughest that any government has ever had to deal with.

So our bungling Kruddsters have been belting their keyboards well into the night turning out volume after volume of fanciful crap, essentially a rewriting of history, except for the bits where they bag the man they all stood behind at some time or other. On that they are rock solid. Kev was a cretin. Kev was an arsehole. Kev was a control freak. And Kev was a bully.  A bad tempered one according to Wayno.

Which is undoubtedly why Kev hasn't written his book yet… although I will lay London to a brick that he will have the last word. It's his nature.

Former Governor General, Quentin Bryce will formally launch 'My Story', the memoir of former Prime Minister Julia Gillard next month. This will probably live in the fiction section of most libraries because if she actually tells the truth about anything she will be locked up.

The nine books by Labor figures, from 2012 to the present are:

• My Story, by Julia Gillard; a work I am sure of complete fiction. Probably about the fight against misogyny or something equally ludicrous.

• The Good Fight, by Wayne Swan; another work of fiction except for the bits about Kevin.

• Power with Purpose, by Lindsay Tanner (2012); A work about power withOUT purpose.

• Hearts and Minds, by Chris Bowen; A nice lead up to Bill Shorten's book, which may be called Tits and Bums.

• Diary of a Foreign Minister, by Bob Carr; a work of complete delusion by someone up the sharp end of a jet with too much time on his hands when he wasn't listening to opera or his wife snoring.

• The Fights of My Life, by Greg Combet; another 'fight' themed book. It's all about fighting in the Labor Party, but we knew that already.

• A Letter to Generation Next, by Kim Carr; er, generation next doesn't exist yet, basically more bullshit about Labor realignment strategies that will never work.

• Tales from the Political Trenches, b Maxine McKew (updated 2013); political trenches? Get outa here! The silly cow knew as much about politics as she did about responsible broadcasting! The only time she went near a trench was when she fell in the gutter carrying three bottles of bubbly from the Crow's Nest Deli.

• Glory Daze, by Jim Chalmers (former Swan adviser now an MP); Jim got that right at least. It was a daze! A complete daze. And we are still dazed. One thing it wasn't. Happy Daze!