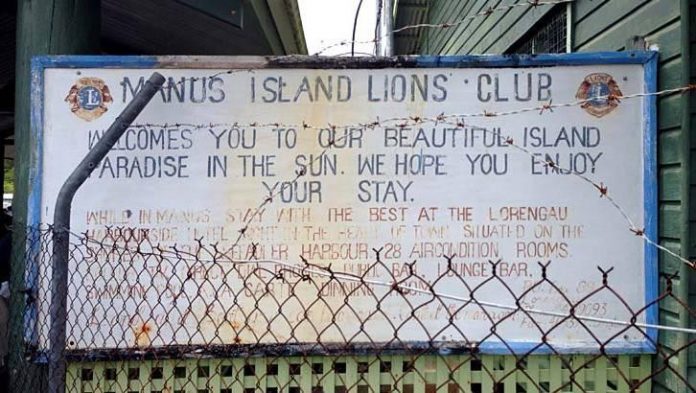 Here's the thing. Listening to the radio today on my way home from the city and some clown comes on talking about the disgusting conditions at Manus Island. 'The gates of hell' I think he said it was. Whether this bloke is a Greens or Labor plant I have no idea but his language suggests he might be.

He is at the head of a h-u-g-e push to get these poor asylum seekers out of there and over here living on welfare. In nice Government provided houses. With nice Coles vouchers and other handouts provided by the Australian taxpayers. Near a mosque I presume.

He feels so strongly about it that he went to Europe to discuss it all. And they said Australia should 'hang its head in shame' and that Manus Island is the 'Guantanamo Bay of the Pacific.' How Kev has the delusional notion that he can become head of the UN with this apparent atrocity hanging over his head is anyone's guess. But I think he's moved on. He's moved forward like Julia always was. Now it's Tony's problem of course! Nothing to do with them.

Well slap me to the ground and whip me till I bleed. I thought, obviously quite wrongly again, that 99.9% of these people have not crawled across barbed wire strewn borders with their meagre belongings strapped to their backs, with children clawing at their spent breasts but were all rather well off… more well off perhaps than many Australians who knew that with this newly opened loophole in the Australian border protection system, made possible by a naive and reckless Labor 'Gumment', it was the perfect opportunity for them to join their rellies and friends who had already made it to the land of milk and honey. After they had paid considerably large sums to corrupt officials and transportation 'agents' in Indonesia for the privilege.

And here's the real rub. Apparently they are under constant attack from the residents of Manus Island who are pissed off at their own conditions as well. So pissed off, he said, that they turn up with machetes being waved with gay abandon. (Oops- politically incorrect of me there because gay abandon is now the term when one same-sex person leaves another same sex-person, but you get my drift.)

Apparently the locals are mightily peeved that these asylum seeking buggers don't like Manus Island and have got everything that opens and shuts including water purification systems and LED tellies that they (the locals) would kill for but have never had. Plus the chocolates and the free smokes. So they want some of it. And they are breaking IN!

Our little Socialist plant however was painting pictures of mosquitoes as large as kookaburras flying round and plucking children from their mothers’ arms. "It is appalling", he said.

I have a sneaky feeling that while I trust Tony implicitly, it is going to cost us dearly to get out of this Labor created mess. Whereas Kevin, if he was as fuckin' wise a leader as he said he was, would have simply found out who was a genuine refugee and sent the rest back forthwith and with forth. As in a good kick up the bum as they got on the plane.

Let's face it we cannot, because we might not like Australia anymore, just lob on France or England or the good ol’ US of A. Coz those buggers just send you home, again no questions asked. With lots of stamping of papers. Plus they are becoming a twinge scared about the influx of Muslim values and extremities changing the core values of their respective countries.

But the thing I love is, where were the bleeding Greens and Laborites who are now squealing for fairness and compassion when this situation was allowed to develop and reach such unsustainable proportions? When they were in power that is. Nowhere!

I say that, unless these pillars of recently-acquired social wisdom are each agreeable to billeting a family each in their own comfortable suburban homes for the foreseeable future, they should admit to an error of judgment and join with the Libs in sending people home where they belong to THEIR own countries. Because we can't bleedin' afford 'em!

God knows we all have to work until 70 at least to afford our own evaporating lifestyles.